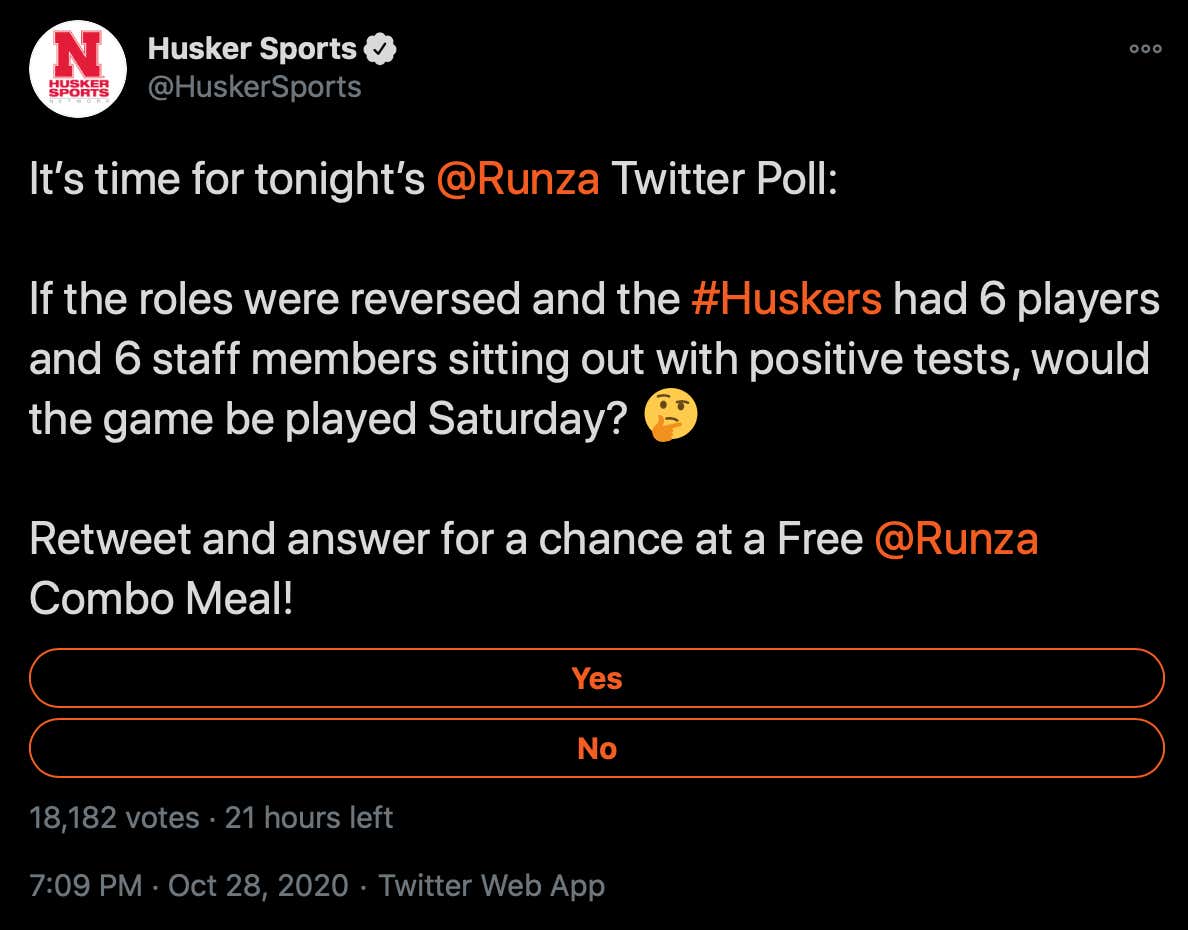 Wisconsin's football program has had well-documented issues with players testing positive for COVID this week, which eventually led to the Badgers' game against Nebraska this Saturday being canceled. And this is a little more unfortunate than some of the other postponements we've seen in other Power Five leagues, because the Big Ten's late start didn't allow for any wiggle room to re-schedule games if the league wanted to still be in contention for the College Football Playoff. So losing a game is a big deal.

But I was stunned when I saw this tweet — and it takes a lot to shock me. That's an official Nebraska Athletics Twitter account — specifically belonging to the Huskers' radio network — essentially saying the Big Ten wouldn't have canceled the game if the roles were reversed and it was the Cornhuskers' starting quarterback and head coach who had contracted coronavirus. At some point last night, somebody had enough sense to delete it.

Yeah, because the Big Ten — the league with by far the strictest COVID protocols in place — would put itself in danger and play a game with one team having players out rather than another. And by the way, I know they haven't been good in ages, but does Nebraska not think the Big Ten wants that brand to become relevant again, too? That conference would kill to have Nebraska be good again and it would treat them like it does Ohio State and Michigan.

Also, what a tough look for Runza Restaurants. They paid for sponsored social posts and got their name put on the most ridiculous tweet that account has ever put out? That's a tough scene.

So yeah, I would guess a few people in the Nebraska athletic department will be hearing from the league office about that tweet.