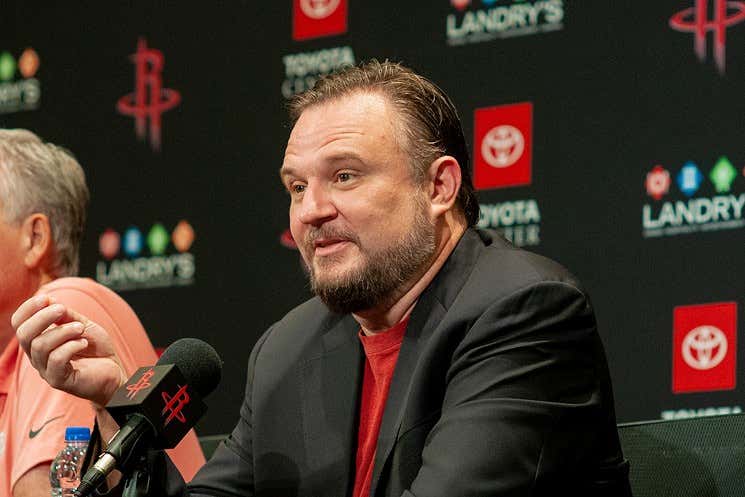 For the first time in forever, it seems as if the Philadelphia 76ers men's basketball team will attempt to operate like an actual professional sports organization. In a shocking twist of events, this franchise appears to be moving from the giant Mickey Mouse operation they've been so hell bent on the past decade or so.

Obviously Sam Hinkie deserves some credit and praise for understanding the Sixers were trapped in complete and total mediocrity, and desperate measures needed to be taken to pull them out of that pit of misery. The only thing is that at the end of the day, it was still just a few years of strategic suckery. Be as bad as possible for so long that eventually you become good. It's not exactly revolutionary, it's just Sam Hinkie had the balls to be so out and open about it. He did his job, but that's not how an actual professional sports organization operates.

Eventually the NBA got sick and tired of it. They kicked Hinkie out and to punish the Sixers for their strategic suckery, they said "here, take this dude with the really big collars to be your next GM and oh yeah, you're also going to have his dad walking around doing god knows what. Don't worry about his wife. She's not insane or anything and certainly won't become a distraction in one way or another". We all know how the Colangelo era ended so there's no need to go through that again. Moral of the story is that's not how an actual professional sports organization operates.

Then you had Elton Brand and Brett Brown both pretty much acting like chaperones on a class field trip for the past couple years. Were they technically in charge? Sure. But did the kids respect them as the authoritative figures that they were? For sure not. The team got tired of Brett Brown. Elton Brand was responsible for signing two of the worst contracts in the league. Certainly not how an actual professional sports organization operates.

But now? Well now it seems like the Sixers are trying to do this bizarre thing where they go out and they hire the best available people to do the jobs which they have proven themselves to be more than capable of doing. Hiring a head coach who has a championship to his name and a ton of respect around the league, and locking him in to a 5-year deal? Didn't realize that was ever a possibility for this team. Hiring one of the most successful GM's in the league over the past 10 years to run basketball operations and locking him in to a 5-year deal? Never thought it was possible.

The Sixers have sucked so hard for this. They've been the worst team in the league at points, and they've been the worst contender at points. Misery, failure, disappointment, underachievers. But maybe, just maybe, this franchise has finally cracked the code. Just go out and hire the best people to get the best out of your players. It's so simple it might just work.