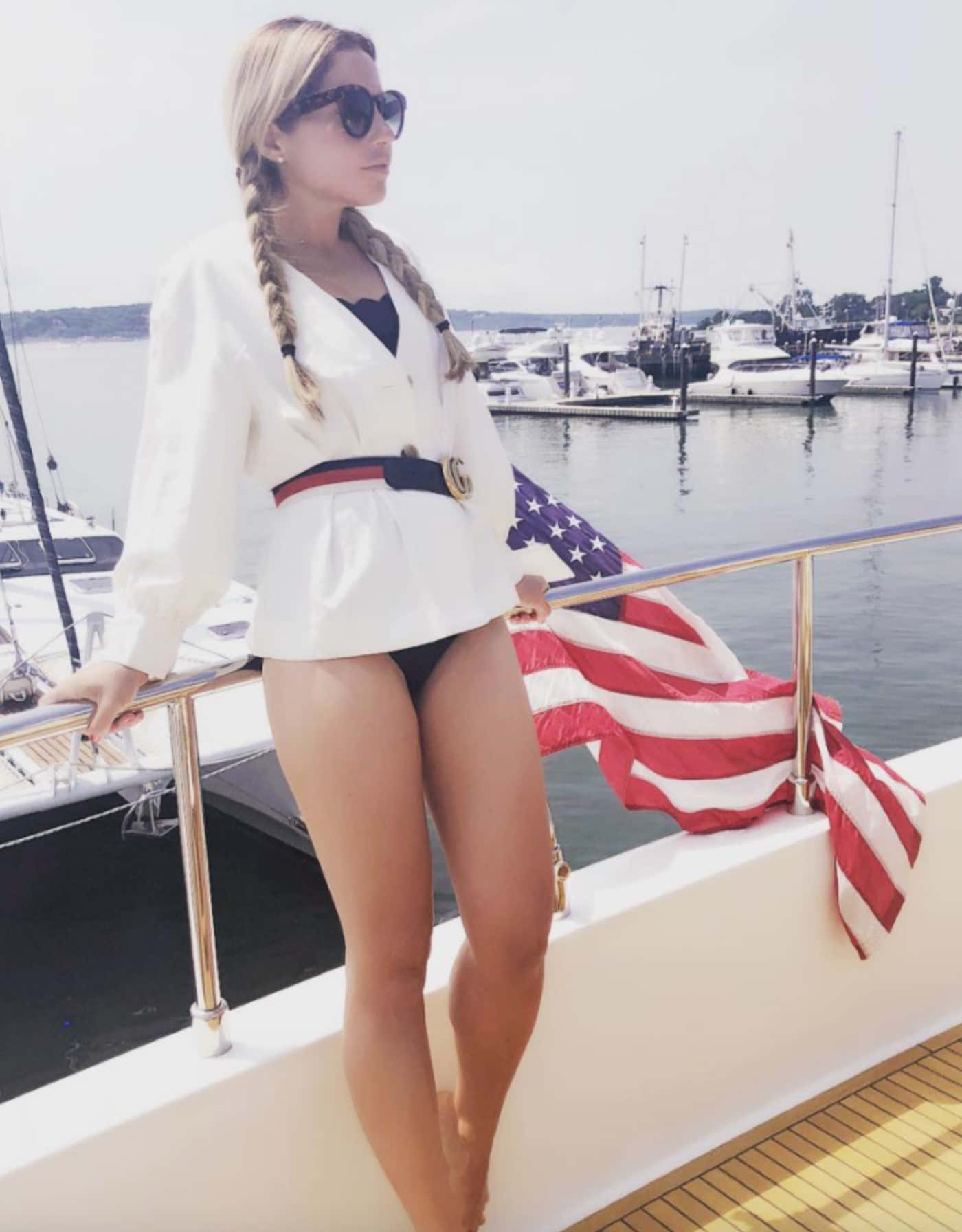 Here's a question I was thinking of, just doing a little daydreaming — a hypothetical, if you will. Say you've got some property… like, on the beach in Montauk how about. But you don't live there, it's more of an investment property that you got to rent out every summer. A little extra income. Super common right? Ok but now picture this: this summer a chick comes along, a…I don't know I'm blanking right now, let's make up a completely fake job like  "wellness professional and aspirational Instagram influencer"…the Influencer comes along and requests your home and, with a big smile, plops the first half of the $31,750 rent down for June 1-August 8. She's got a "deep love" for Montauk, HATES drugs and alcohol, has a job in town as some sort of events planner at Surf Lodge, and best of all, looks like she's got daddy's credit card on quick-draw out of her wallet. You're pretty pumped right?

So what do you do when she doesn't pay you the rent when it's due, has her dad call numerous times and says he's 91 so he needs to stay there, fakes having COVID, demands to stay until at least October, and when all else fails…brings up pandemic laws meant to protect old people and poor people and just flat out refuses to leave or pay?

I ask because, according to the New York Times, a wellness professional and aspirational influencer just literally refused to leave the property or pay for the property she was renting in Montauk, in real life, using a very loose interpretation of the Tenant Safe Harbor Act.

“When the legislature enacted this law, I’m sure that they did not intend to protect people in this way, renting units, houses in the Hamptons, for tens of thousands of dollars a month,” said Steven Kirkpatrick, a partner at the Romer Debbas law firm in Manhattan who specializes in housing law.

The tenant, who if you love being influenced on wellness and aspirations, needs no introduction:

Executive Sales Director at "The Purist," where she has an essay about her love for Montauk printed.

(Irony Alert: The Purist is a wellness site run by Chris Cuomo's wife, aka sister-in-law to New York Governer Andrew Cuomo, aka the guy who put these pandemic renter protection rules on the books)

She also went semi-viral in 2015 for her 75-pound weight loss journey published on Yahoo.  A great accomplishment to be sure. Just not as impressive as straight up commandeering someone's beach house and leaving 2 months late and just refusing to pay for it…and so far, getting away with it.

You should read the Times article for the in-depth story, but the basic gist:

On day 1, Hochberg asked if she could stay longer than August 8th, and the owner — a Ms. Berman-Schecter, we'll get to her in a minute — said no, because every year she gives it to some friends as an end-of-summer get-together spot.

Two weeks in, Hochberg texts her:  “This is probably a dumb question bc you just built the house but you aren’t looking to sell by any chance. I’ve fallen in love with it haha — figured I’d ask!” (The answer was no)

Her stay was uneventful for the first several weeks, with a key exception. On June 15, when it came time for her to pay the $14,450 that constituted the second half of her rent, she did not pay, the Berman-Schechters said in multiple court filings.

Several days before Ms. Hochberg was scheduled to move out, according to Ms. Berman-Schechter, her father, who was listed on the lease as an occupant of the house, called and asked that his daughter be able to stay. The landlord said no. On a text message thread with both Hochbergs after the call, she offered to help find Ms. Hochberg somewhere else to live.

“You’re going to kick an almost 91-year-old man out in the middle of a global pandemic?” she texted. She added that she and her father were protected by a law passed to shield vulnerable tenants during the pandemic. Later she sent a New York Post article about moneyed tenants who had taken advantage of the law.

The NYT added this little tidbit:

(In a conversation with The New York Times, Mr. Hochberg played down his occupancy of the Berman-Schechters’ place. “I think I slept there one night,” he said. “I have my own place in Montauk.”)

It got to the point where she was straight-up TAUNTING the owner and her husband: 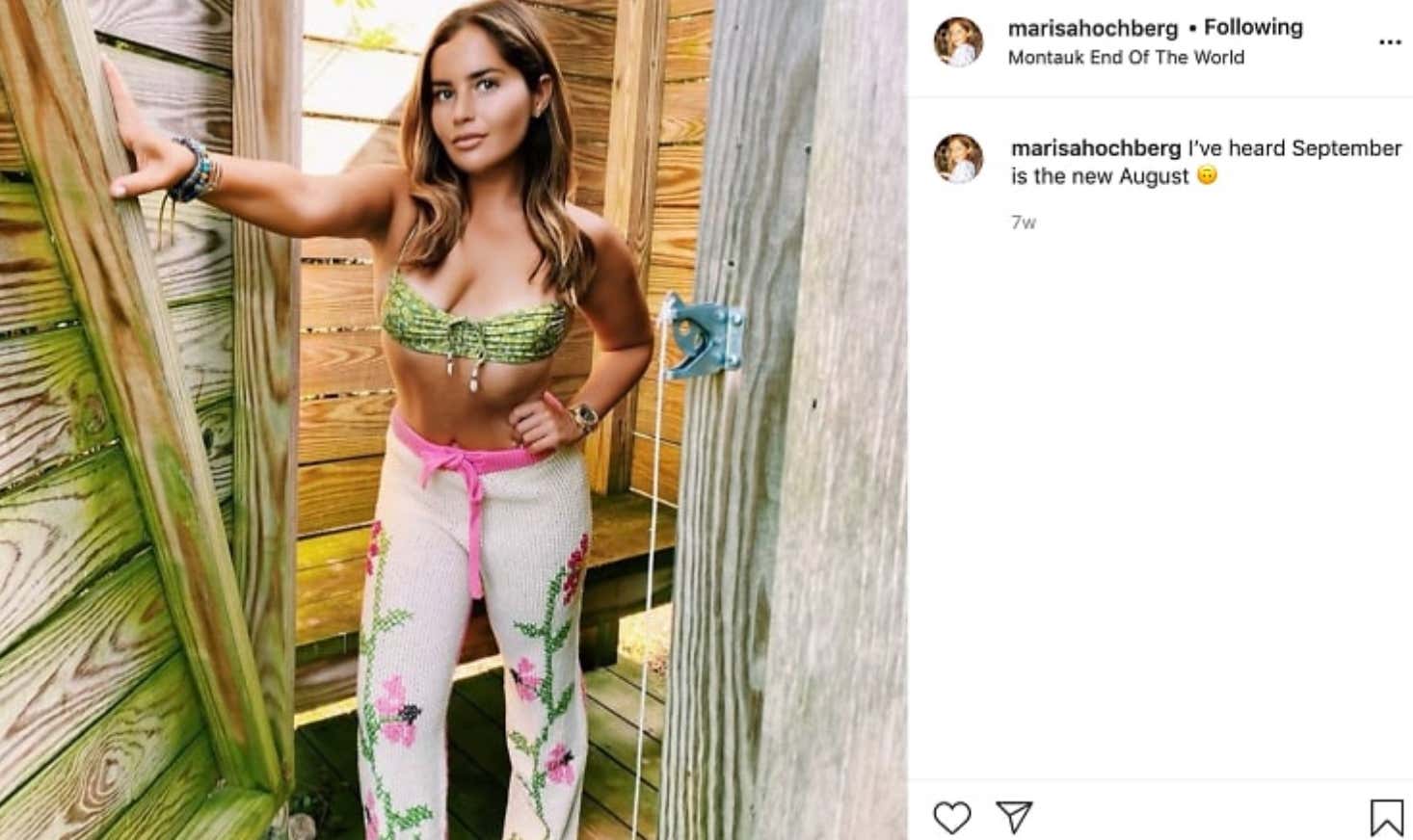 On Sept. 1, according to a court filing, Ms. Hochberg hadn’t paid what she owed, and     hadn’t left the house. She posted a picture of herself to Instagram that day, holding the door of the Berman-Schechters’ outdoor shower open. The caption read: “I’ve heard September is the new August : )”

Speaking of that husband, he finally got involved when he asked his wife (I wasn't there so I'm just guesstimating the conversation here): "What the fuck?"

“I honestly don’t have a great answer,” Ms. Berman-Schechter said when asked why she was not more concerned then. “Trust me, my husband has asked me the same thing.”

So a huge part of this was clearly a clueless owner apparently deathly afraid of confrontation. But even the lawyers they got involved have so far had no luck. Yes,  high-powered lawyers have so far been unable to have any recourse for someone literally squatting on property for 2 months and refusing to honor a signed and sealed lease.

Sooo…THAT sucks. But in case you think the "clueless" was too harsh, the NY Times points out the very first thing that pops up when you do a very simple background check on Marisa Hochberg:

She did not run a background check that could have revealed an eviction case filed against Ms. Hochberg by River Tower Owner LLC, the corporation that owns the Oriana, a luxury high-rise in Manhattan. (That filing, from April 2019, indicated that she owed the company $22,130.)

She's done this before! It's like…her THING! Wellness, weight-loss and stealing homes. Unreal brand. All "Influencer"s fake how awesome their lives are by renting houses and pools and private jets that never leave the runway.  This one just doesn't leave them until she wants to, for free.

"Allegedly" sorry I forgot her comment, literally two words can you guess them?

She did not answer any questions about her extended summer.

But just to put a bow on the story in case it turns out to be real news, here's where we're at at the moment:

….Through an intermediary, she told the Berman-Schechters that she would move out on Oct. 12.

It was cold and rainy in Montauk that day. White spray shot up from the Long Island Sound, visible from the Montauk highway…

…Outside the Berman-Schechters’ house, shortly after noon, a purple moving van was loaded up. Within an hour, it was gone.

The Berman-Schechters said that afternoon that they had gotten their key back, but that they still hadn’t been paid.

Almost forgot a huge highlight — there was a one-day-long fake Instagram troll account involved. On Yom Kippur no less!

The Berman-Schechters say they made multiple attempts to settle with Ms. Hochberg, to no avail. When on Yom Kippur, the solemn Jewish holiday of repentance, Mr. Hochberg had a letter published on his synagogue’s website about the importance of charity, Mr. Schechter made an Instagram account with the handle @lyingmarissa using an image of Ms. Hochberg as the profile picture and misspelling her name. He then quoted her father’s words on one of Ms. Hochberg’s Instagram posts. (He said that he took the account down after a day because he was concerned it was “spurious.”)

via The New York Times