Believe it or not, it is time for our final Cornhole broadcast of 2020. With Jenga Opening Day set for Monday, the War of 54 will take us home for the remainder of the calendar year starting next week. But for now, all the focus is on the six competitors who look to pick up another victory inside the Triple S.

With a Stoolie claiming the $5,500 Progressive Jackpot earlier this week, the prize has been reset to $500. The good news? We have made it easier for you to claim the cash, as the ranges in Questions 1-5 on the Play Barstool app have been stretched out. Remember to make your picks NOW to get in on the action with absolutely no risk involved.

Storylines to Know: There is beef between these two that started last week when Jeff released his Jenga Big Board. Trysta was not happy at No. 25. She then went undrafted and still seems to be mad at Jeff. As for Jeff, he goes from the booth to the turf to try and keep his perfect Cornhole record alive.

Quotes to Remember: "I'm directly responsible for the big board, there's no denying that. But do you see players blaming Mel Kiper for going later in the draft?" - Jeff D.

"I really like Jeff, he does a phenomenal job at everything he does, except for the big board." - Trysta

Analysis: Both players showed that they are strong competitors in their respective opening matches. But will the beef over Jeff D's big board continue to take center stage? Or will the players put it behind them and eye in on this match specifically? It will be interesting to see how this one plays out. 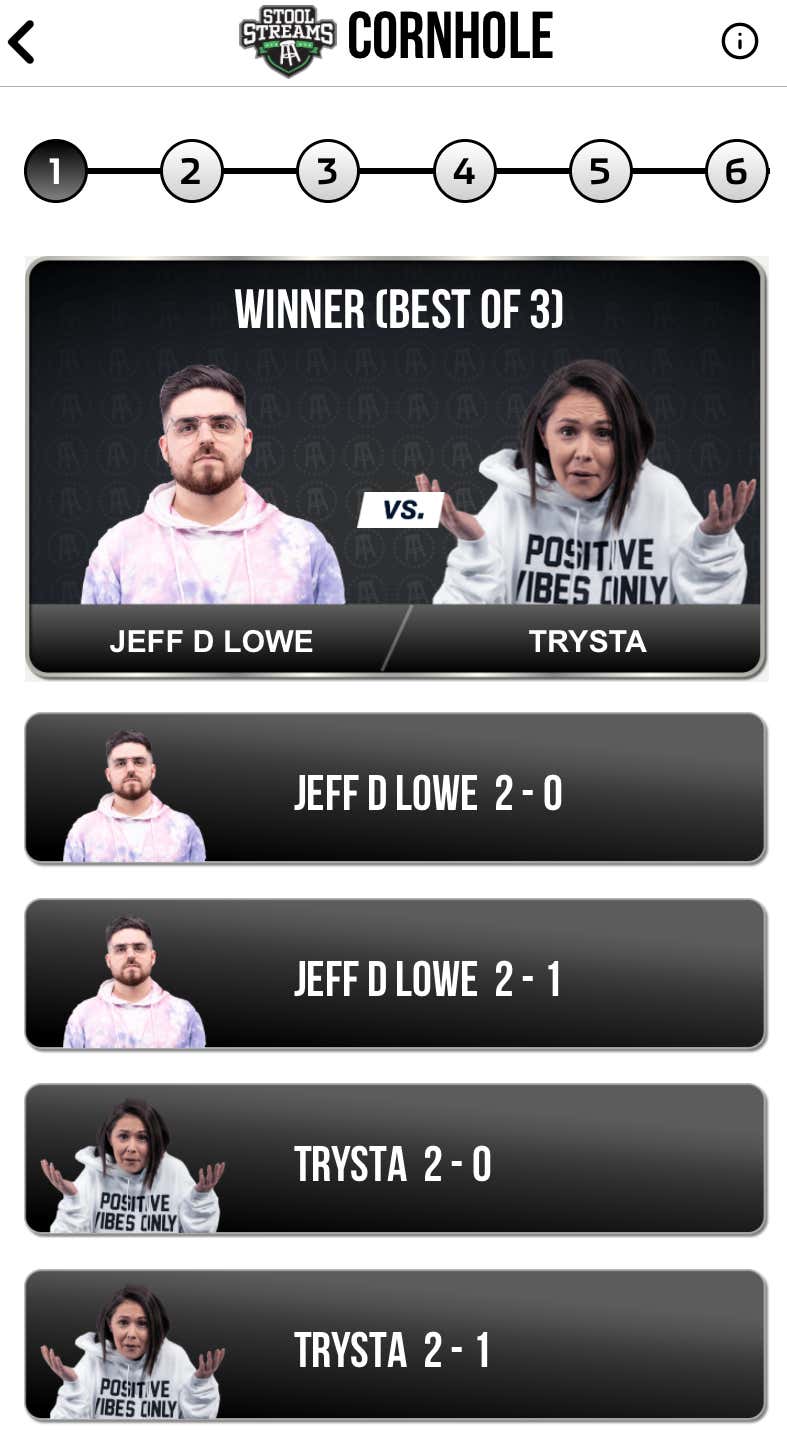 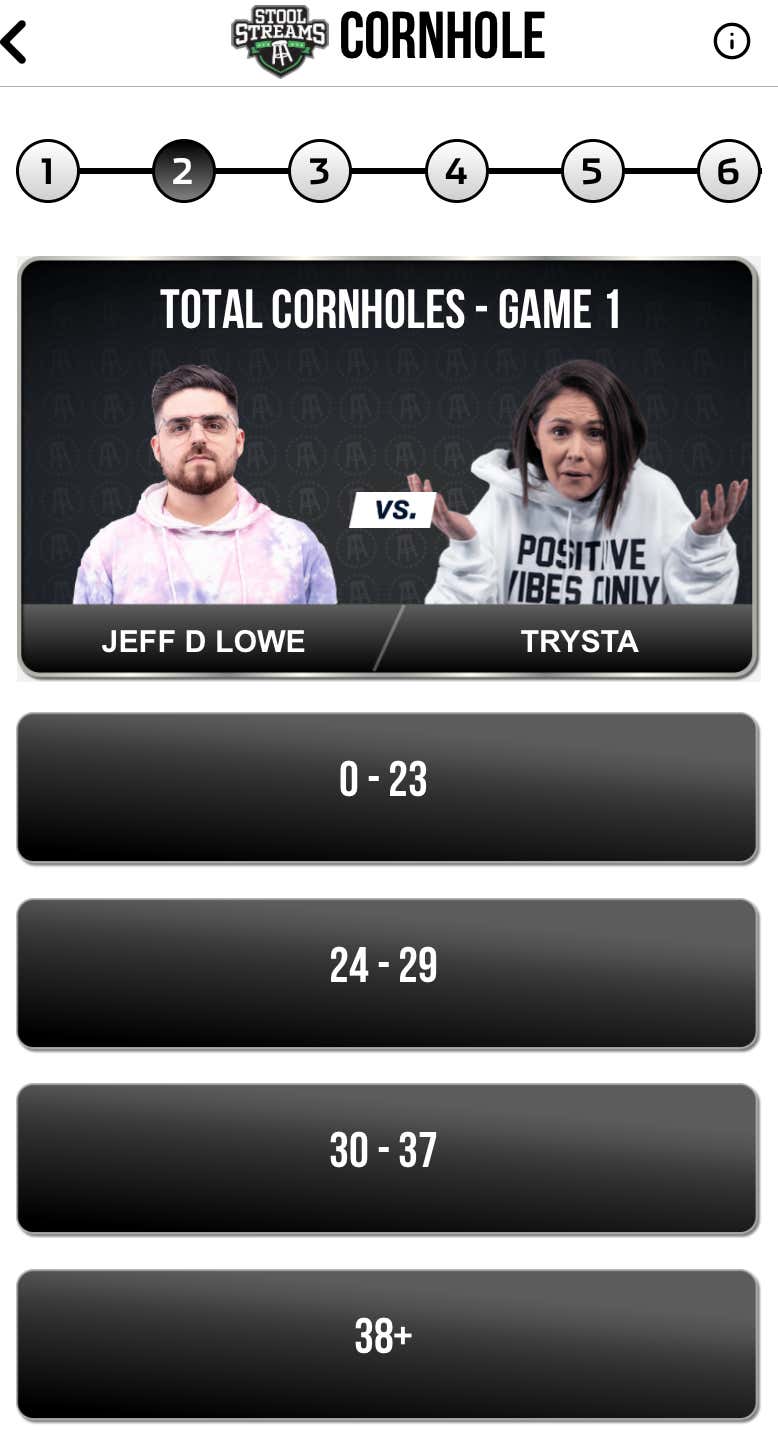 Storylines to Know: There have been multiple occasions of Smitty and Big T going at it on Twitch streams. They don't seem to have a sour relationship but definitely enjoy ragging on each other. Big T is a rookie in this matchup, while Smitty has two matches under his belt.

Quotes to Remember: "The spirit is willing but the flesh is weak." - Smitty

"I don’t want to oversell it, but I'm one of history's greatest Cornhole players." - Big T

Analysis: Earlier today, I received a tip from a an anonymous source: "Big T is a top 5 Cornhole player in the office, but the most easily rattled in the office. One Smitty joke, he's off his rocker. One chirp, he will set him loose." If this tip is true, it'll be fascinating to see how the trash talk in this one develops. 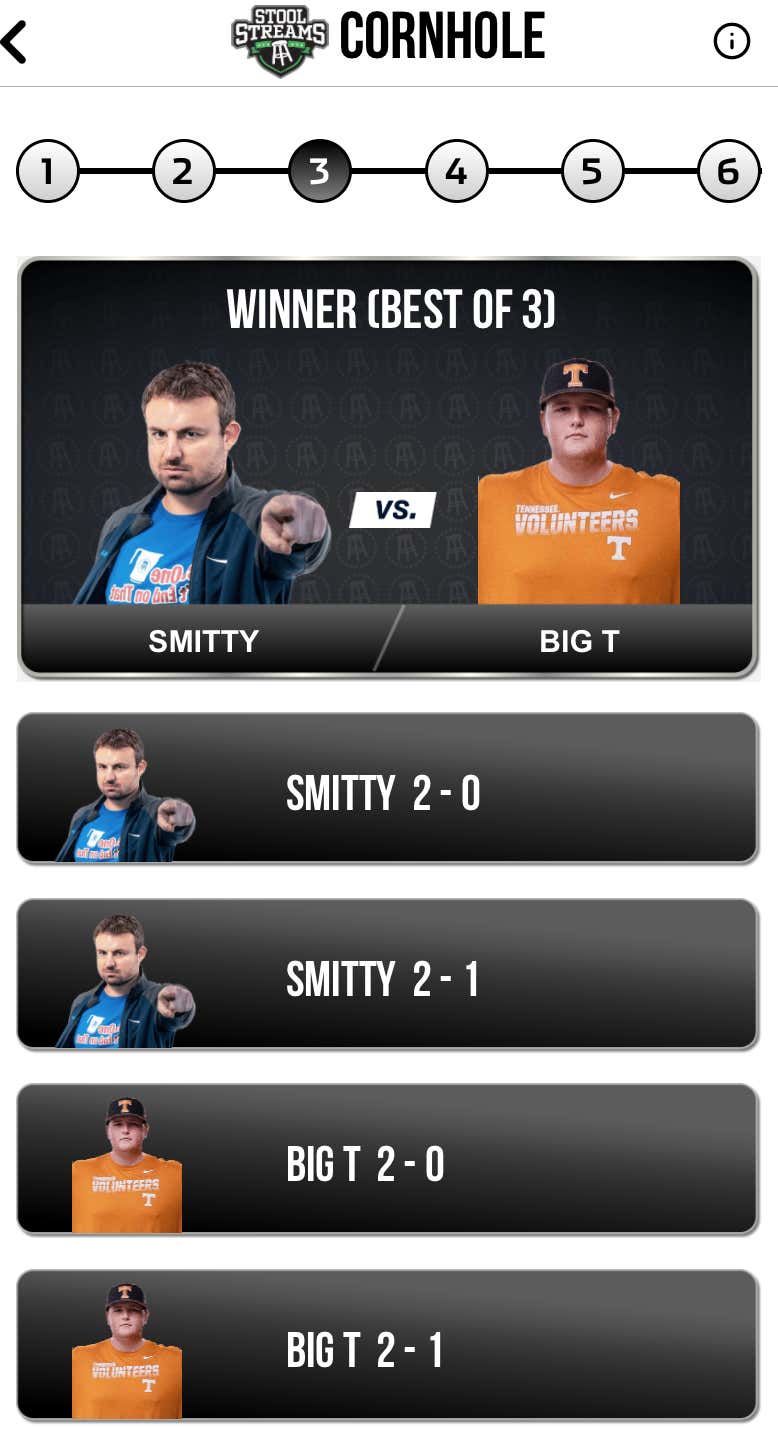 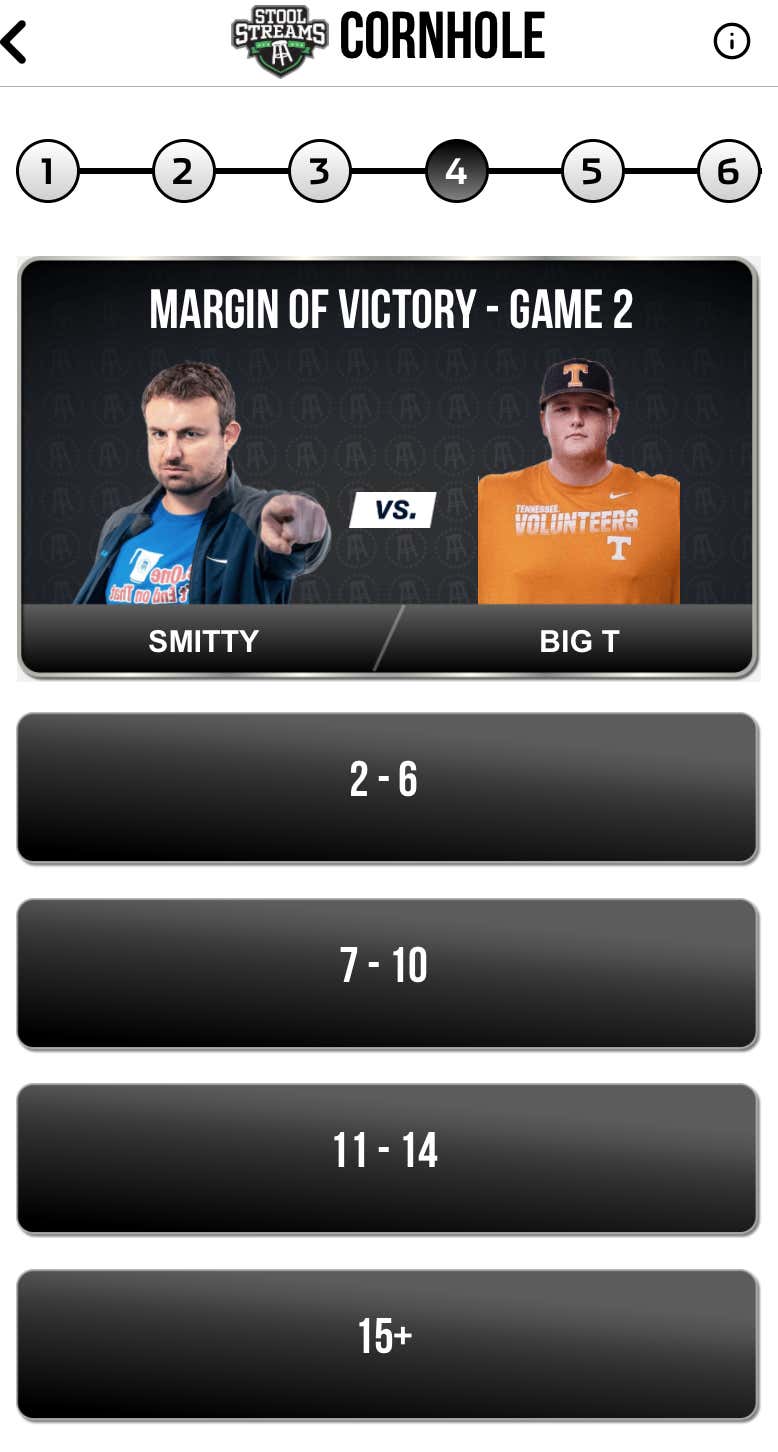 Storylines to Know: This main event should be nothing short of spectacular. Rico looks for revenge after suffering a tough loss three weeks ago while Frankie makes his official SS Cornhole debut. Borrelli does have experience winning an office tournament last year, and won an exhibition during a SS test run back in February. A dinner at the opponent's favorite Italian restaurant is up for grabs.

Quotes to Remember: "I know he's the title holder, I'm excited to get a shot at the title. If I win, I will celebrate by going to Little Vinny's on LI." - Rico

"I will be STUNNED if I lose. He will have to hit every single hole to defeat me. There's no chance I can lose in there." - Frankie

Analysis: I can't think of a better match to go out on to close out Cornhole streams in 2020. While Frankie is making his official Cornhole debut inside the Triple S, there is a lot of talk around the office saying that he's the best player. As for Rico, you never know what he will bring to the table. But one thing is for sure - it will be electric. 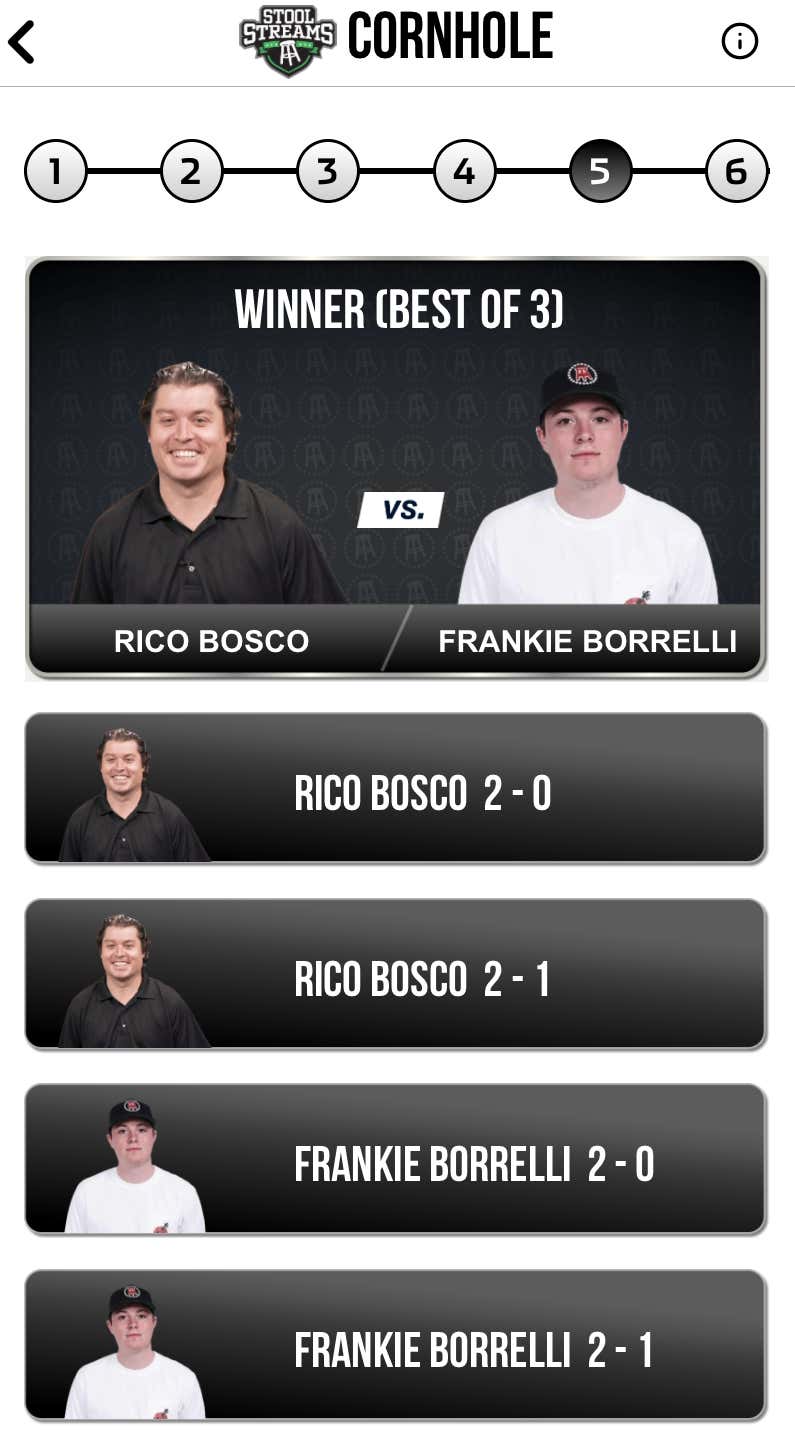 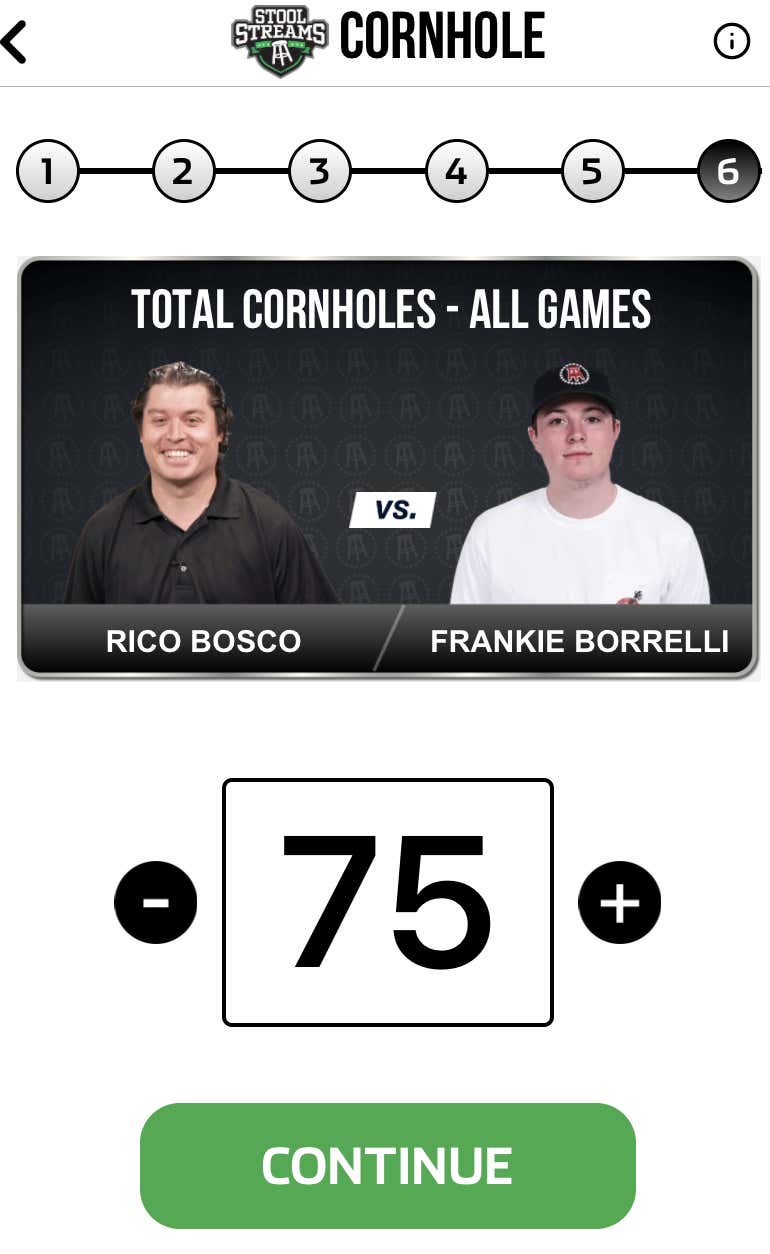 First pitch will be at 1 PM ET this afternoon, as a broadcaster to be determined will be joining me in the booth. The stream will be available via Facebook, Twitter, YouTube, and here on the blog. Hope you can join us and remember to make those picks!