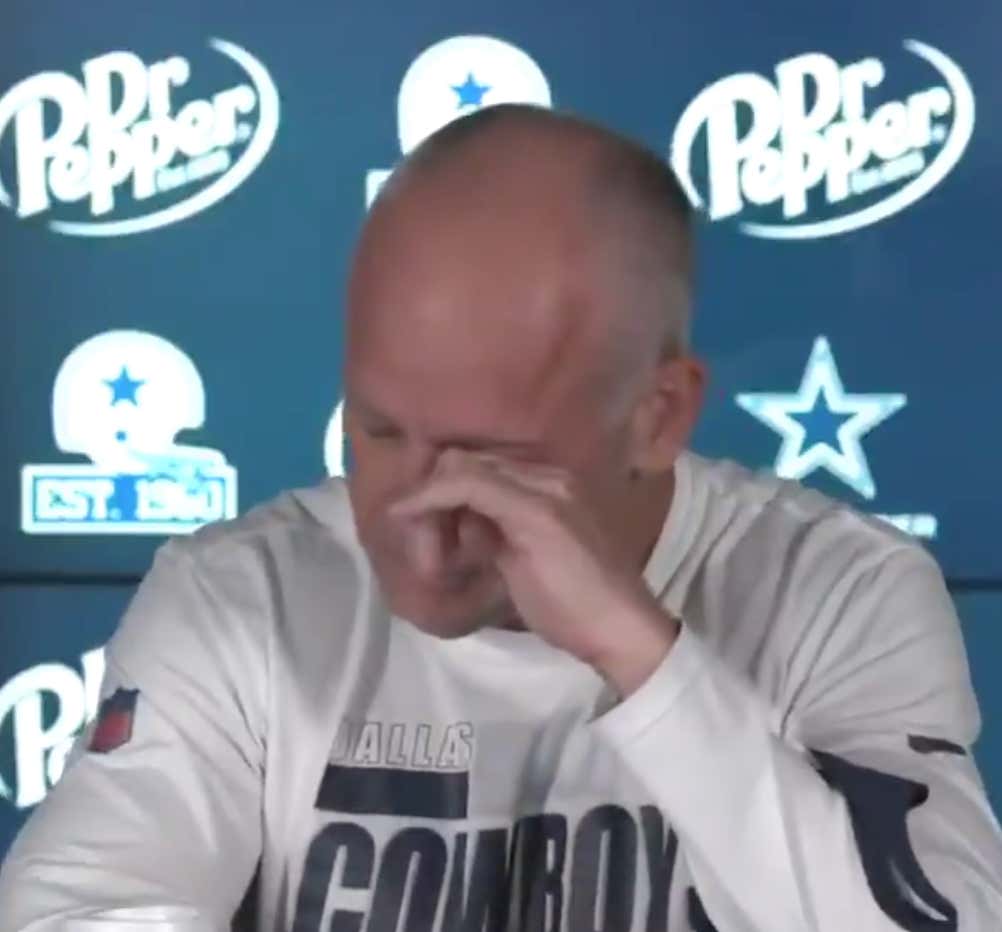 It is estimated that every 17 seconds, somebody in the United States becomes the victim of a tabasco/capsicum related incident. This man you see right here has just become another one of those statistics. By now I'm sure that you've all seen the video of Dallas Cowboys DC Mike Nolan having to stop a press conference because he got a little residual Tabasco sauce in his eye. And if you've seen the video, that means that you've subsequently seen the countless people and news aggregates who have been poking fun and openly mocking this incident over the past 24 hours.

And I'm here to say right now that this is no laughing matter.

I hate the Dallas Cowboys with every fiber of my body. I never want their team, their fans, their friends and families, their anything to ever feel a single ounce of joy. But even with all the hatred I have built up toward this franchise over my life, I simply cannot sit here and let everybody treat this situation without the severity that it deserves.

Have you ever sliced up a jalapeno before? If you're over the age of 12, the answer to that should be yes. And have you ever had to urinate immediately after slicing up a jalapeno? And I mean you really had to go. So much so that you totally forgot you were just handling a spicy pepper and now your hands are covered with the oils of that pepper. Now you go to take your little general out of his holster while you're in the whiz palace, and all of a sudden your dick is on fire. Feels like it's been engulfed by a thousand flames. It hurts so bad that you start to tear up a little bit. The pain hurts so bad that you once again forget that your hands are basically lighter fluid, and you go to wipe the tears away from your eyes and now your eyes are on fire. All you want to do is stop drop and roll into a tub filled with milk, but it's 2020 and nobody drinks regular milk anymore so all you have is a carton of Almond milk to try to soothe the pain of your eyes on fire and your balls feeling like they've been singed to a crisp.

Now does that sound like an enjoyable experience to you? Does that scenario seem like a laughing matter to you? Or do you think that we should have taken this Mike Nolan incident as an opportunity to blast a PSA out there that everybody needs to thoroughly wash their hands after handling spicy foods. Maybe even wash them multiple times if possible. Better safe than sorry, especially when sorry is feeling like Elon Musk just took his flamethrower directly to the tip of your dick.

Wash your hands, people. Or invest in some gloves. Or both.