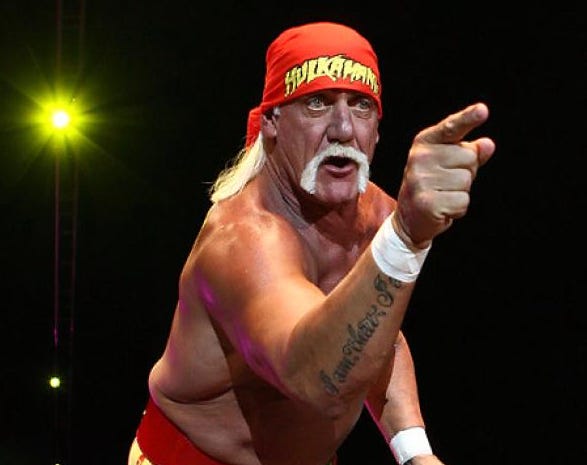 (Source) Nick Denton is preparing for the biggest fight of his life. The Gawker Media founder and C.E.O.’s opponent: celebrated professional wrestler Hulk Hogan (real name: Terry Bollea), who sued Denton and Gawker in 2012 after the gossip blog published a supercut of his sex tape and refused to take it down. The case has seen numerous twists and turns over the past three years, but it’s finally set to come to trial in Pinellas County, Fla.—where Hogan lives—on July 6. Denton faces a judge and jury who are skeptical of, if not outright hostile to, his blog empire and philosophy of reporting the “story behind the story,” and some inside Gawker say that they expect the company to lose the case. A loss, and an award of even a fraction of the $100 million Hogan’s attorneys are seeking, could empty the company’s coffers, forcing Denton to either sell the company outright or to hand much of its equity over to deep-pocketed investors.

Denton was frank about the situation in a tense all-hands editorial meeting on June 4 in Gawker’s Nolita headquarters. Denton was his usual charming and irreverent self as he addressed a number of customary challenges facing the company—including issues with the company’s content platform, Kinja, and soft display advertising sales. But he was at turns apologetic and defiant when it came time to discuss the lawsuit. Denton warned staff that the legal battle posed a threat to the company’s fundamental operating principles: its longstanding independence from the demands of venture capitalists and big-media ownership.

“I have way, way less money than people think!” Denton told his staff. “… I don’t have hundreds of millions of dollars to kind of bail the company out. If we are in an environment with higher business risk and higher legal risk, then the company is going to need somebody with deeper pockets and hopefully principles in order to keep it both commercially viable and editorially viable.” The case has its roots in an Oct. 4, 2012 postwritten by Gawker’s then-editor A.J. Daulerio about Hogan’s 2006 sex tape. By the time Daulerio published the post, it had been seven months since TMZ broke the news about the existence of the sex tape and more than five months since gossip website The Dirty had published grainy screenshots from the video.

The video shows Hogan having sex with Heather Clem—then the wife of his close friend, the shock jock Bubba the Love Sponge Clem—in Bubba’s house. The video also shows Bubba giving his blessing for Hogan and Clem to have sex. Gawker received a DVD of the 30-minute video and decided to edit it down to a “highlights reel” about a minute and a half long, and published that along with a long post by Daulerio commenting on the tape and the nature of celebrity sex tapes in general. Hogan had already threatened to sue a number of other websites if they posted the sex tape, and he sued Gawker in federal court on Oct. 15, 2012.

Well this sure is interesting. One of the World’s greatest American Hero’s taking down one of the largest blogs on the internet. Never thought I’d see the day where the headline “Gawker in Fight of it’s life with Hulk Hogan” would be a real thing but here we are. Just goes to show you how hard these internet streets are. Yeah it was funny to laugh yesterday about my lazy ass schedule and the fact that I basically spend my life “chilling” but this is the flip side, the side people rarely see. One second you’re commenting on Hulk Hogan’s out of breath sex tape and the next you’re selling the Company because HH takes no prisoners.

Also not for nothing but the odds on Denton pulling this out in a FLORIDA court are impossibly odd. This line made me laugh out loud. Basically the script to Talladega Nights if instead of race car driving it was blogging.  The big dumb American Hero vs the Gay Euro blogger all set in a backwards state. Love it.

And Pres may disagree but I think we have to side with Gawker here. Feel like they’re at the front of fighting for Blogger Freedom. May not like them, but they’re in a weird way helping us out if they win this thing and the fact that Denton continually stands up for his company is admirable.