Over the weekend Drake celebrated his 34th birthday with an extravagant party. It looks to have been a great time for all. I wonder what these rich folks had to eat so they didn't go famished amidst all their partying. Luckily for us, the menu was leaked. All and all pretty solid variety of food. Sushi, calamari, ribeye, chicken bolognese, shrimp. I'm salivating just thinking about those options. 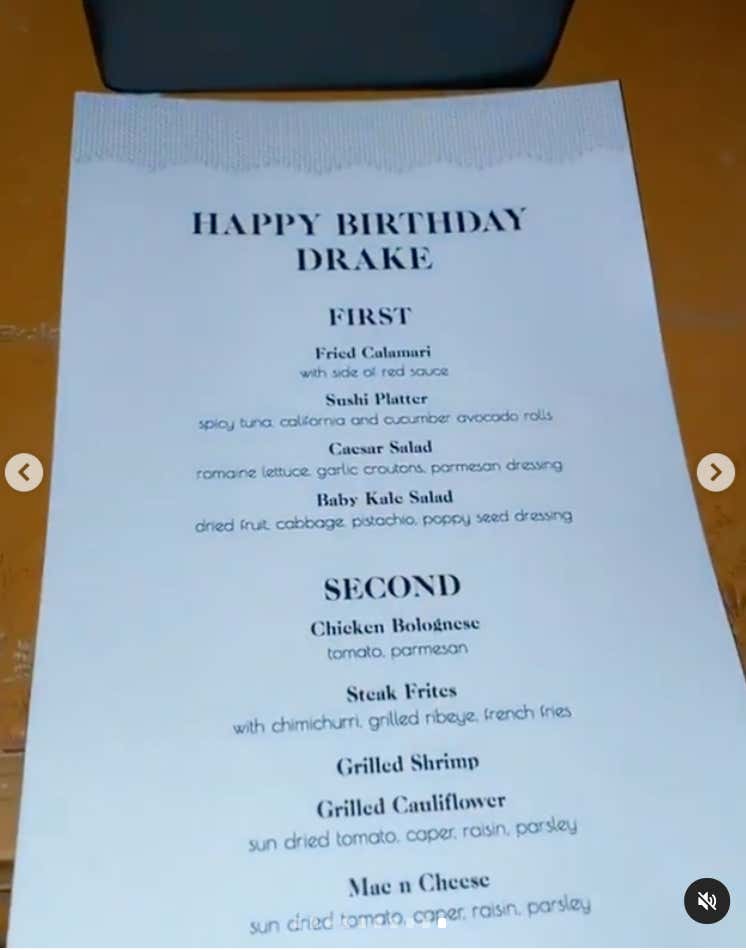 SUN DRIED TOMATO, COPER, RAISIN AND PARSLEY. You mean to tell me in 2020, the year of our lord, that Drake puts raisins and capers in his mac n cheese? Excuse me? I'm flabbergasted. I'm appalled. I'm disgusted.

I'm not a cook and I'm a fairly picky eater as it is, but what I do know is that you don't put raisins and caper in your mac n cheese. Here's what you put in mac n cheese: macaroni and cheese. If you want to fuck around with some lobster or bacon that's fine by me, but RAISINS? I'm dry heaving just typing this blog.

There are two explanations for this catastrophe. 1) a typo. The grilled cauliflower above the mac n cheese has the exact same add-ons so would suggest that this as classic human error. Listen, I'm hoping that's the case, but if not we have a PROBLEM on our hands. Giving rich people the benefit of the doubt is naive. This guys can be weirdos. 2) Drake added this to the menu for the palate of one specific instagram model. She wouldn't come unless it was added on to the menu so he obliged to try and get her between the sheets.

If Drake is going around purposely throwing capers and raisins into his mac n cheese then we have to boycott his music. I love Raisin Bran and oatmeal raisin cookies, but a raisin should be as far away from mac n cheese as Nate is allowed near schools.

Verdict: It HAS to be a typo, but I guarantee there are die-hard psychopath Drake fans out there who saw this on the menu and made themselves mac n cheese with raisins and capers this past weekend. If it's a typo then Drake is exonerated, but those super fans who would jump off a bridge if Drake told them to need to be arrested. I know there are some of you out there you sickos.