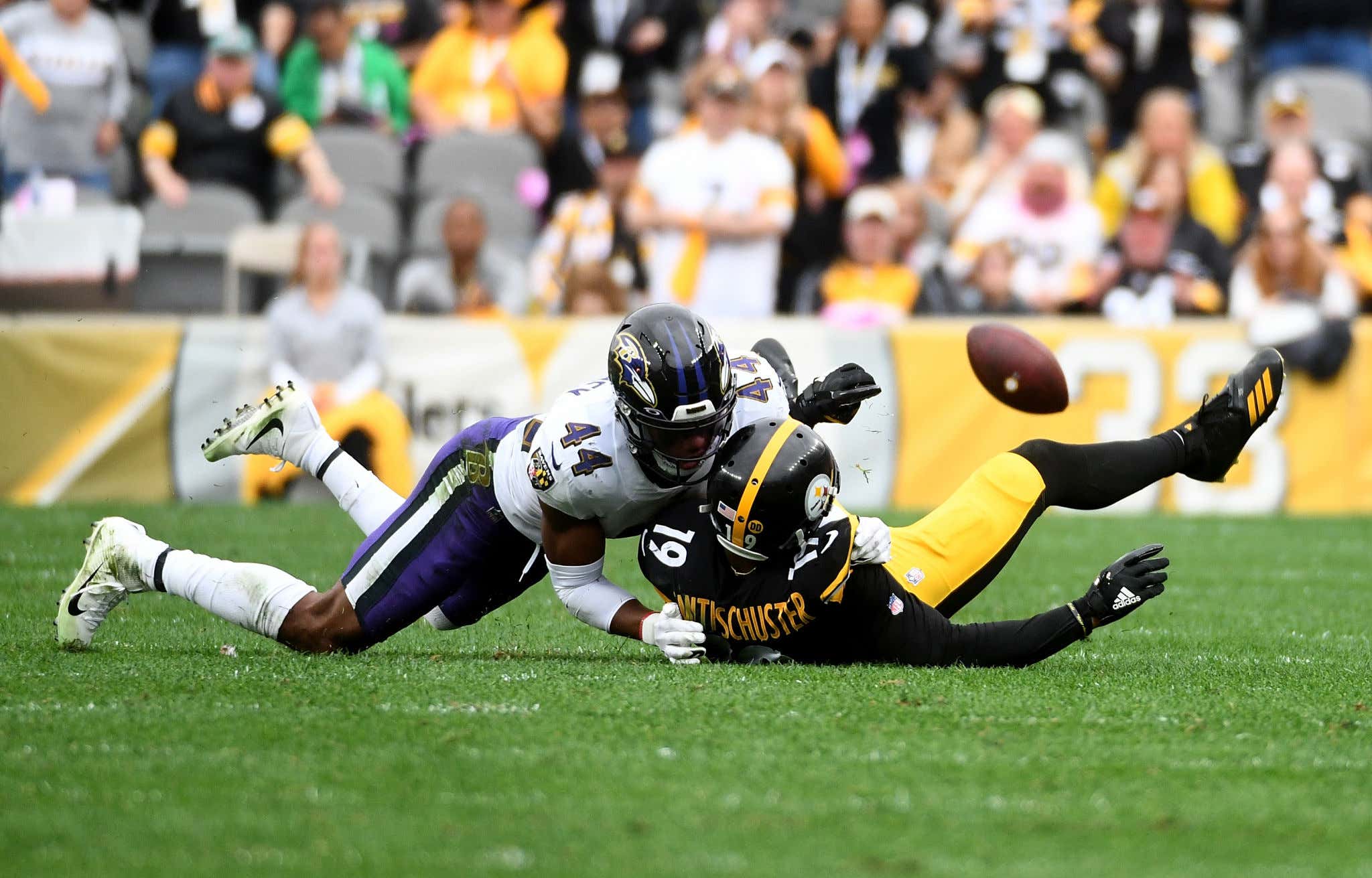 This is what it's all about. Hate hate hate hate hate hate hate. 4 teams in 5 weeks that we absolutely despise. That November slate right there is just a big ol hate sandwich on some thick hate bread. Better yet, these are all games that matter against teams (save the Patriots) that look like legit contenders in the AFC. Could not be more fired up for the month of November.

Best of all, this stretch is bookended by the archrival, who look as good as they have in years. It was fun beating up on them twice last year while they were missing Big Ben (including once with RGIII under center), but we can all agree it's better for football that these two teams are at their best. And these two teams have been near the top of the game for the best two decades straight. Even better, it's actually insane how evenly matched these two teams have been throughout this rivalry, which was really heightened when the Ravens became a force in 2000. I mean this graphic is absurd. 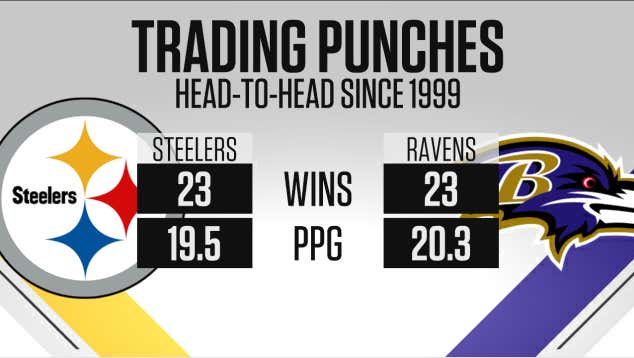 Regardless, this is a new iteration. First time Big Ben has faced Lamar Jackson. What may be more notable is the way that these two defenses are dominating. The Steelers are #1 in the league in yards allowed per game and the Ravens are #1 in points allowed per game. That just screams Steelers-Ravens. It's like old times. Slobberknocker football where the difference between a win and a loss will be who can control the trenches, who can limit mistakes, and who can make a play on special teams. That's AFC North football in its purest form.

I couldn't be more excited to have this rivalry back the way that it should be played. Both of these offenses are capable of lighting it up, but I think each will find it difficult to move the football consistently. What I love most is the fact that this Ravens defense will have teeth in a way that the Steelers don't have tape on. Yannick Ngakoue changes so much of what this defense can dial up with blitz and coverage packages. Big Ben gets rid of the ball quicker than any QB in football, but these corners can cover well enough to force him to hold the ball and go through his 2nd and 3rd reads. That's enough time for Yannick or Judon to either get to him or force him to try to make throws that aren't quite there. Ben is mistake-prone if you force the issue with him, and the Ravens will try to do exactly that.

On the other side of the ball, I truly believe that Greg Roman has been limiting the playbook against lesser opponents the last 3 weeks. Lamar has chosen to give on zone-read plays where the read was probably closer to a keep in an abundance of caution. When the team has found itself in high leverage situations on 3rd down, Lamar has found lanes on the interior and taken long runs to the house against the Football Team and the Eagles. I think Roman is ready to unleash Lamar on 1st and 2nd downs like last season which will open all kinds of things for the offense. Tying in with that, Devin Bush is a massive loss for the Steelers, as he's the guy would've likely followed Lamar from sideline to sideline. We are going to test the front 7 of this defense, and that's going to be a helluva lot easier with Bush missing. There are some big plays waiting to happen in this offense, and today is when we start to see them.

This is the key stretch of the season. Obviously the AFC North is looking like a two team race. With the division facing the NFC East and AFC South as part of the rotational schedule, it's very likely that a team is going to need to go 13-3 to win it. These 5 games are the make or break games if the Ravens want to win the division and subsequently have a shot at that one bye position in the AFC.

It starts with one. Go get it today against Pittsburgh and the chips start to fall into place.

On another note, Pittsburgh guy Joey Mulinaro joined us on The Exit 52 Podcast to reminisce and talk about all the things that make this rivalry great. Give it a listen, subscribe, etc etc etc.