After Fridays $25K doodadoo  we finally have a feel good story from the Play Barstool app. User TSick went 6/6 on picks and won the $5500 jackpot all by himself. 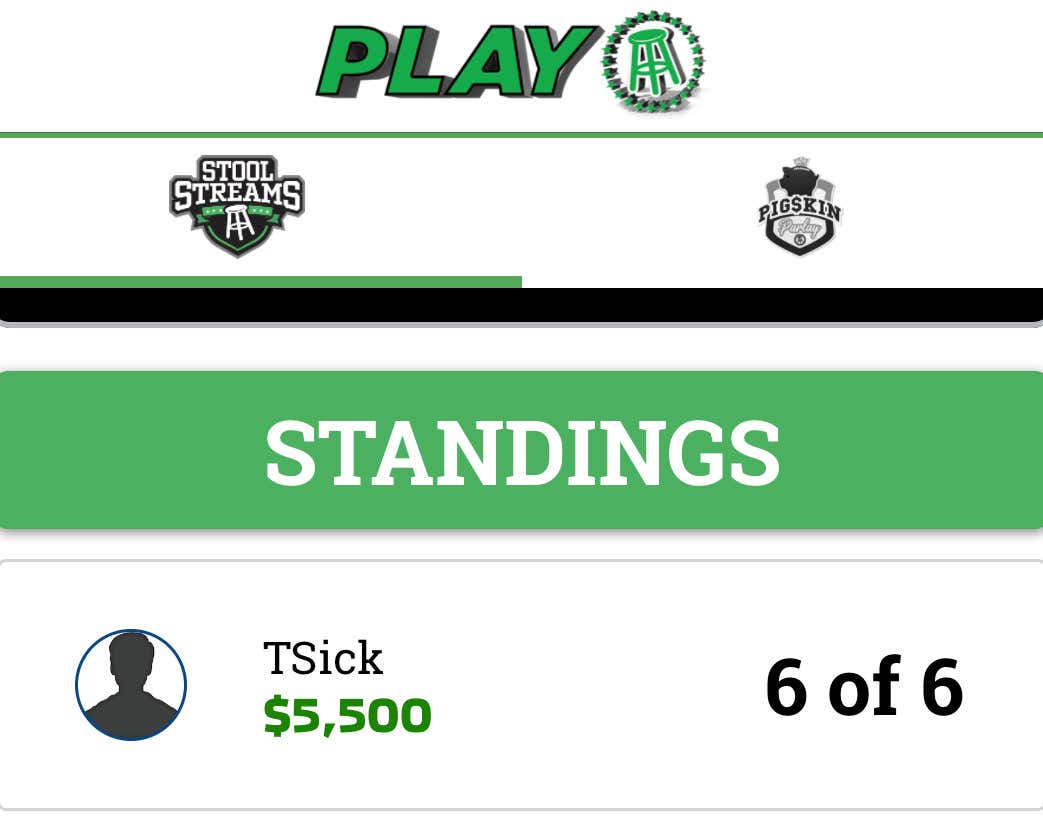 A reminder that Stool Streams broadcasts are twice a week with a $500 jackpot prize, if no one goes 6/6 then the $500 rolls over to the next contest until someone does. It had been ELEVEN contests since we had a winner and if we are in the trust tree, I was starting to get a little worried. That worry is gone now though and I'm happy that it was a single person who won. $5500 is a ton of money and can really make a difference for alot of people, an email has been sent to the winner and I will update this blog when he or she sends a reaction about winning and what they will do with the money.

Love that it was an OG stoolie from the days when Barstool was just one endlessly scrolling superpage blog too. Makes the whole thing even better imo

It takes 60 seconds or less to make your picks and we have contests that run twice a week. Tsick took the time to download the Play Barstool App and make his picks and as a result got a nice $5500 influx of cash money because he made the correct choices

He picked me to sweep and utterly dominate Frankie 2-0

All in all great day in the Triple S and the best part is we have a Rico Bosco cornhole showdown on Thursday and the beginning of Season 1 of Jenga on Monday. PLUS 20 stoolies are still alive for tonights $25,000 Pigskin Parlay game. The Play Barstool app is literally giving money away left and right and all you have to do to get involved is download the app now and make your picks.