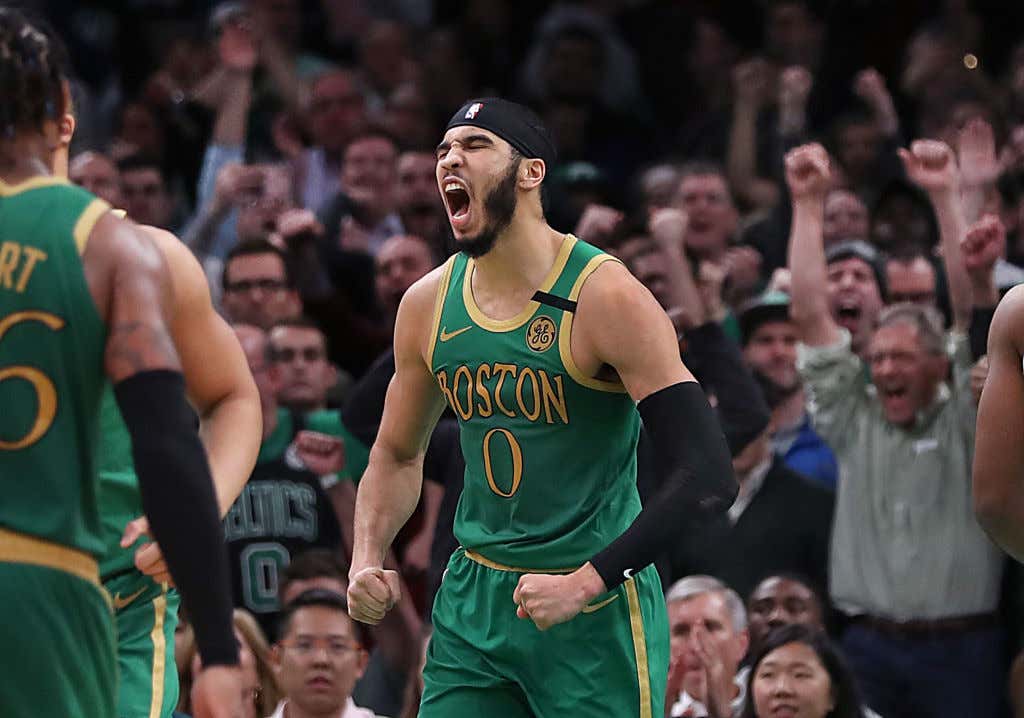 When it came to the four major sports and how they ranked in Boston among fans, I don't think it's crazy to say that the Celts usually  came in around 3-4 depending on how the Sox were doing. The Patriots obviously dominated the region for the last 20 years, and even I can admit that Boston has always been more of a hockey town than a basketball town.

But it feels like times are changing. The Red Sox are a complete and utter embarrassment and probably will be for a while. I'm not much of a hockey guy, but it feels like maybe their current window for this era of players is on the decline. The Patriots look like they are the furthest thing from an actual NFL team at the moment. Would it shock anyone if the order of the four major sports shifts around a little?

Sure they had a disappointing ending to their season, what else is new. That's how it's gone for the 32 of my 33 years on this earth. But there's no denying they have a great opportunity to take over the city of Boston. Here's why.

Jayson Tatum and Jaylen Brown are 22 and 24 years old. One is already a top 15 player in the league after making 3rd Team All NBA, and the other is putting up fringe All Star production on efficient splits. Jaylen signed his extension last summer and is locked in until at least the summer of 2024. Tatum is about to sign his Superman extension the second he's allowed to. Even if he doesn't and he wants to enter RFA, Danny Ainge is going to match any max offer he gets. So that means he's locked in for at least the next 5-6 years (next season + extension).

I know the popular thing to do right now is act like the sky is falling and the Celts need to be blown up given how the bubble run ended. Once you take a deep breath and take a step back you'll see how that silly that would be. A top 5 team in terms of wins, top 5 offense/defense/net rating, the facts are the Celts live in that second tier in the East. It's basically MIL, a gap, and then a group of like BOS/MIA/TOR. Now I know when it comes to this city all people care about is RINNNNNGGZZZZZ, but it sure as shit looks like the Celts are the best option for Boston's next title. They are knocking on the door of the NBA Finals. They have to figure out how to actually get through that door, but they're knocking.

3. They are insanely fun to watch

Don't just take my word for it, see for yourself

4. The way they play

Boston is a grind it out city. We appreciate when we see a team that plays with heart and passion every single night. Those are the teams that resonate. We'll die for that team. Well of the four major sports, the Celts are loaded with heart and passion. We're not seeing it with the Pats at the moment, we sure as shit didn't see it with the Sox who basically quit, and the Celts are getting closer and closer to the Bruins in that regard.

5. Their future is bright

There's no denying that three of the four teams in Boston are trending down. More of a rebuild or a reset if you will. Well the Celts have already done that part. What started in 2012 is in full swing and their best players aren't even in their primes yet. That shit is probably 3-4 years away. That's pretty scary.

If I'm being honest, I don't think there has ever been a time in my life where the Celts were the #1 team in Boston. Not even the year they won the fucking title. Nobody was going to dethrone Brady and the Pats. But unless the Pats somehow figure things out and go back to making/winning Super Bowls, there has never been a better time for the Celts to take that top spot. If the Pats have a couple of 9-7 or 8-8 seasons (or worse), the Bruins truly start a rebuild and the Sox just keep being the Sox, we might just see Boston finally turn into a basketball town after all.