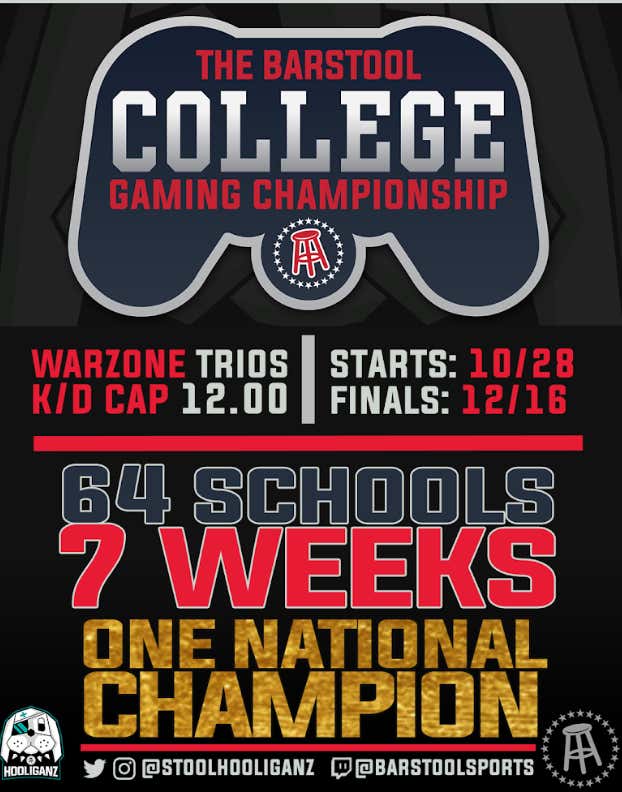 We've had our fair share of #CommonManCups for the masses, but this, THIS is something to behold.  MragsTV and I will be codcasting every Wednesday night from twitch.tv/barstoolsports.  You want in on the big time?  Let's cook.

RULES AND REGULATIONS FOR GLORY:

Barstool’s inaugural Viceroy Warzone league and tournament. Games will take place in public lobbies, in 3 hour increments, once a week for 7-weeks before we crown the first-ever Barstool Sports College Gaming Champion.

And there she goes.  Mrags and myself are live now to discuss the details.