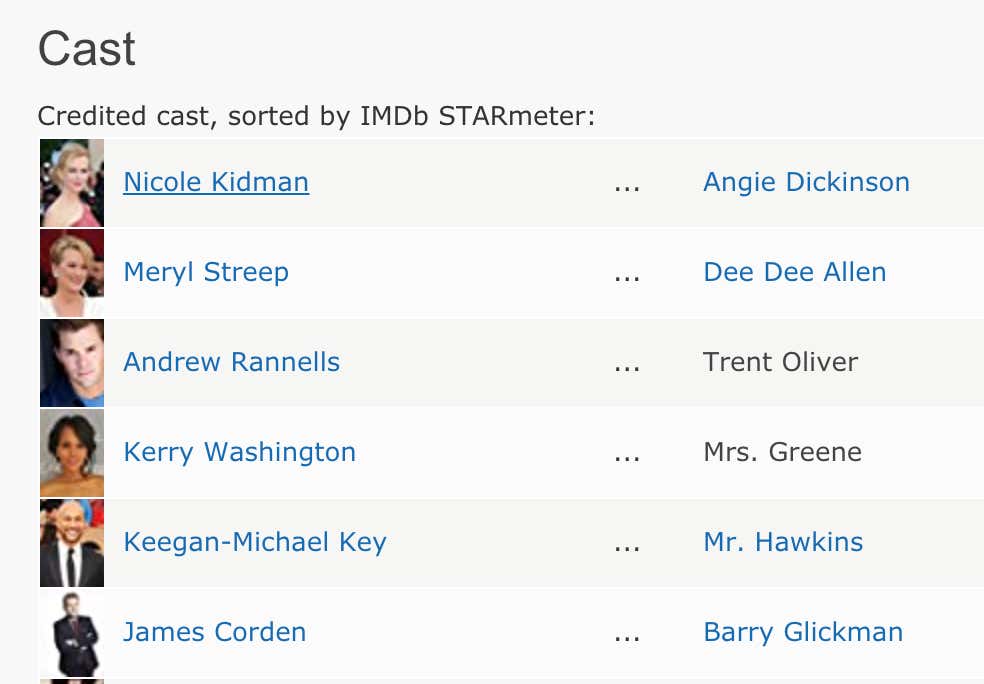 A troupe of hilariously self-obsessed theater stars swarm into a small conservative Indiana town in support of a high school girl who wants to take her girlfriend to the prom.

Look, there is a lot of people I respect in this movie. Nicole Kidman and Kerry Washington are 2 of the better actresses working right now, Keegan-Michael Key is hilarious and Andrew Rannells is insanely talented. But Meryl Streep, what are you doing man. She has no less than 2 trillion oscar nominations for incredible movies, but the last 5ish years she has done nothing but either main roles in incredibly shitty/boring movies (Ricki and the Flash, Into The Woods, The Post, The Laundromat) or done small roles in good movies that she brought down by being in them (Mary Poppins Returns, Little Women).

Don't even get me started on James Corden. Let's just STOP trying to make him happen as a movie star please! He's starred in 2 of the most offensively bad movies I've ever seen in 'The Emoji Movie' and 'Cats', which makes me think that it's just time for him to throw in the towel and do more stuff like Peter Rabbit.

As far as a premise goes, it is an adaptation of the critically acclaimed 2016 play of the same name. This movie is obviously a LGBTQ story, and more representation for that community on-screen will always be a good thing. After watching this trailer, though, I couldn't help but think of one thing: This looks so very much like "hello fellow kids"

Maybe that's entirely the point since they're supposed to be all washed-up broadway stars going to a prom anyway. But it feels like they're accidentally falling into their own joke with what we saw in this trailer.

This comes from director Ryan Murphy, who is the very talented brain behind AHS, Glee and the People vs O.J. Simpson.