100 points in 39 games with 25 goals and 75 assists. Hockey East Rookie of the Year. Hockey East Player of the Year. The first freshman to ever win the Hobey Baker Award. Hockey East Champion. NCAA Champion. World Juniors gold medal. Paul Kariya was a complete and total weapon in his draft year of the likes which we've never seen. The man was in college for one full season and already received his PhD in sauce.

The only part of his career that was potentially more impressive was his role in D3: The Mighty Ducks. 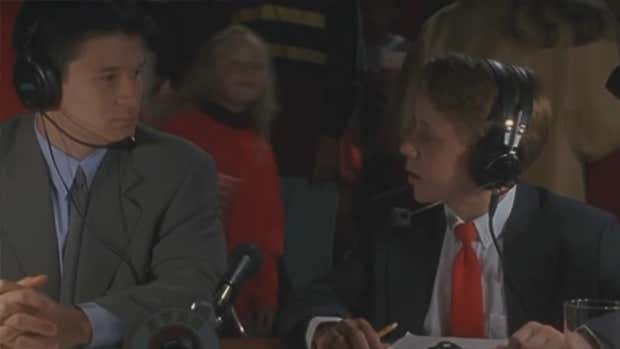 And while we're talking about Paul Kariya, it's definitely worth mentioning that hockey isn't even his #1 sport. Sure, he has an Olympic Gold Medal in hockey, but he easily could have racked up a few more of those in table tennis.

Now go out there and have yourselves a weekend, boys and girls. Love you all.