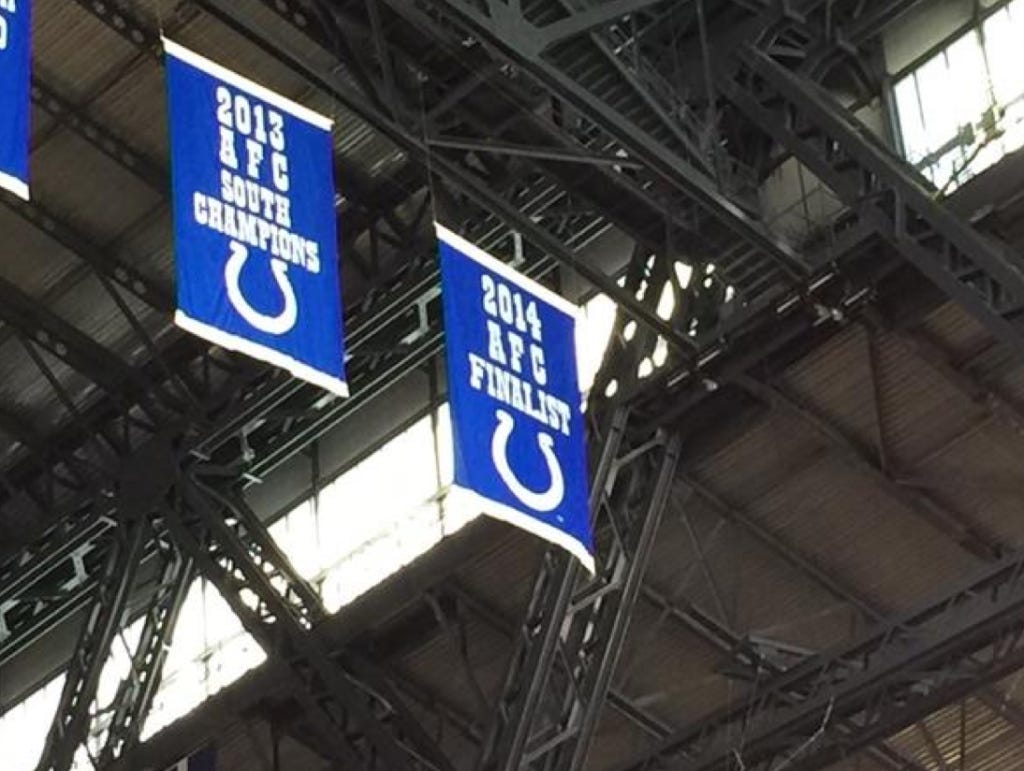 hang on one second, need to catch my breath

Oh man, just when you think someone can’t become more of a joke franchise the Colts go and do something like this. Hang a fucking banner for getting curb stomped in the AFC Championship. I mean I hate the Pats undefeated season banner more than anyone, but at least that’s an accomplishment of some sorts. At least that’s something no team ever does. A team loses in the AFC Championship every season, and by a lot less than 1,000 points.

Fucking Colts, man. You think their owner getting a DUI while driving around in a pharmacy is rock bottom. Then you think getting destroyed by the Patriots 15 games in a row is rock bottom. Then you think crying about PSI is rock bottom. Then, when you think you’ve finally hit the ocean floor, they start drilling and hang a goddamn “AFC Finalist” banner. Absolutely pathetic. Next thing you know they’re gonna hang a “Made up a story about deflated footballs and cost the Patriots some draft picks and almost got Tom Brady suspended for 4 games” banner. I honestly don’t think it’s out of the question. The Patriots show up for hat and tshirt games, the Colts play “Hey guys let’s go out there and give it our all, but we’ll put a banner up either way” games. Like a fucking dad who buys his kid ice cream win, lose or draw. It would be funny if it wasn’t so sad. Oh well, at least this is an excuse to start hanging up some banners of my own around the house. 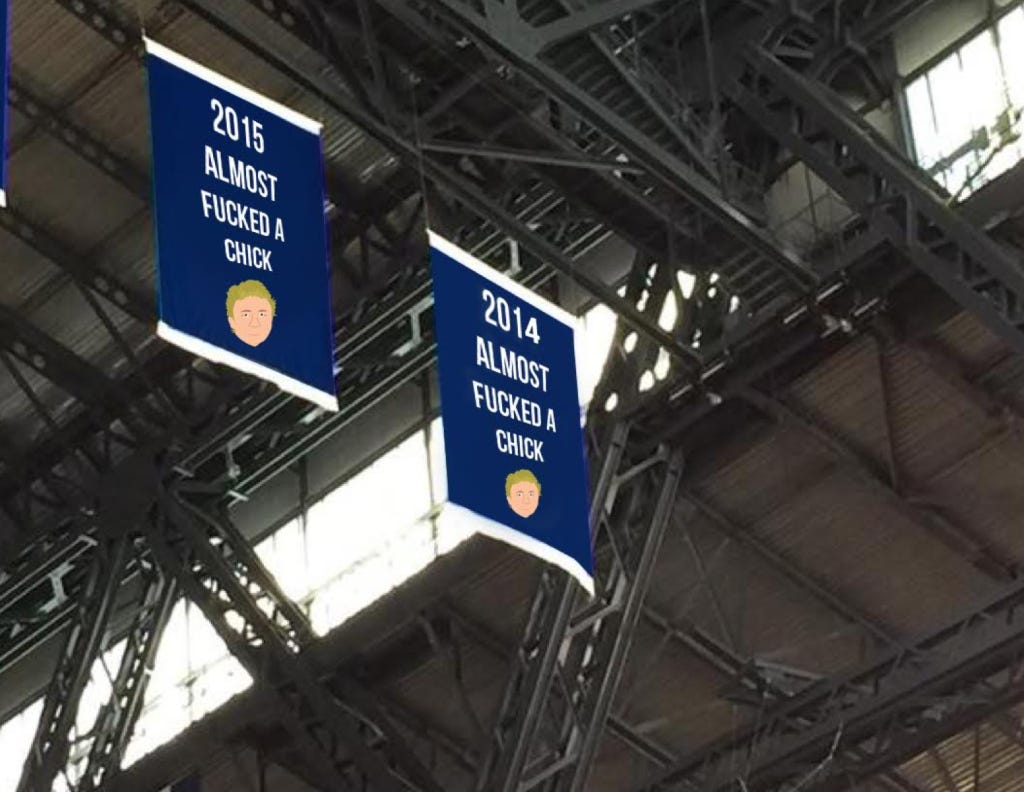 PS – How long till Boston.com and NESN read this blog and tweet this out? 2 minutes?