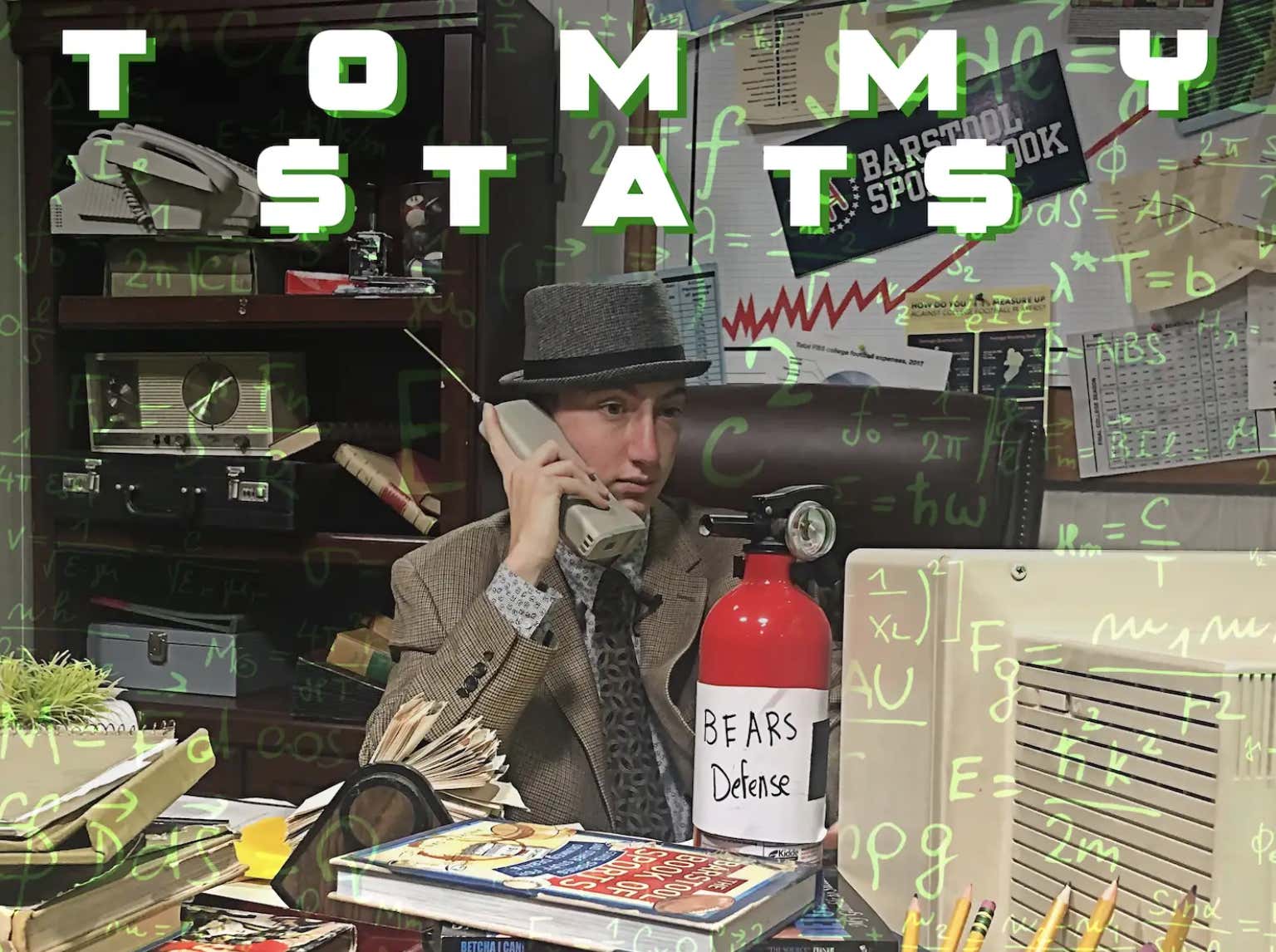 Welcome back to the lab. Every Sunday morning during this NFL season, I'll be blogging the stats and trends that I presented on Barstool Sports Advisors, plus some additional ones that I didn't get to use. These stats are a mixture of ones I've found across various websites, and also some just through my own research from pouring through the data.

Below is my entire cheat sheet I use for Advisors each week. Lines courtesy of the Barstool Sportsbook, subject to change from the time I compiled this.

Not every day you can get an undefeated team as a home underdog, good spot for Tennessee

-In Ryan Tannehill’s 9 Titan home starts, the over is 8-1 and there’s been an average of 59 PPG

-In his career coming off a loss, Teddy Bridgewater is 12-2 ATS

The Saints are coming off a bye, which has been a good spot for them

The Saints didn't cover against the Chargers so that hurt their great October stats, but still

The total has been high for every Cardinals game this season, but the overs aren't hitting

-The Cardinals have hit the under every game this season (average of 46 PPG), have hit 50 points only once

-The under has hit in 6 of Russell Wilson’s 8 career trips to Arizona, average game total of 37 points

-Under Pete Carroll, the Seahawks are 6-3-1 ATS after a bye

Obviously this stat applies to the Brady era, but still worth noting

-Coming off a bye in their last 3 seasons, the Raiders are 0-3 with an average loss of 19 PPG

-Stat used on the show is no longer applicable with the game getting moved but it was that Derek Carr has been an under the radar primetime star. He’s won 4 straight primetime games, all as an underdog. In his career he’s 9-5-2 ATS in primetime games, 10-6 straight up