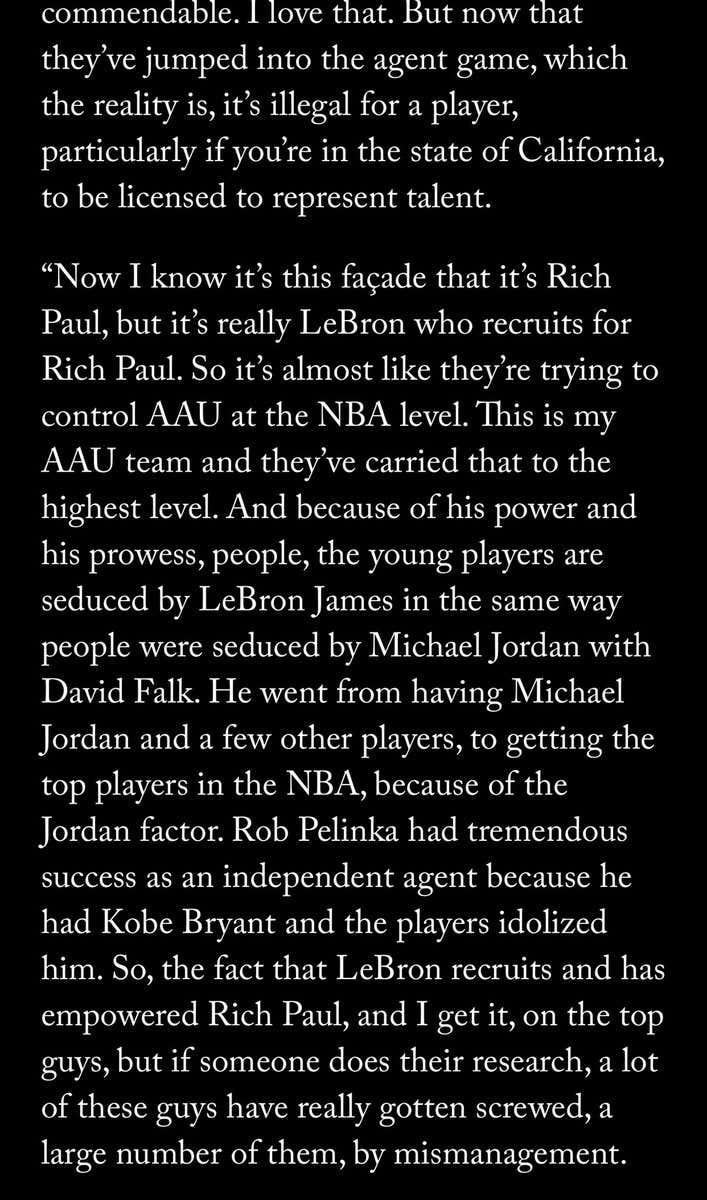 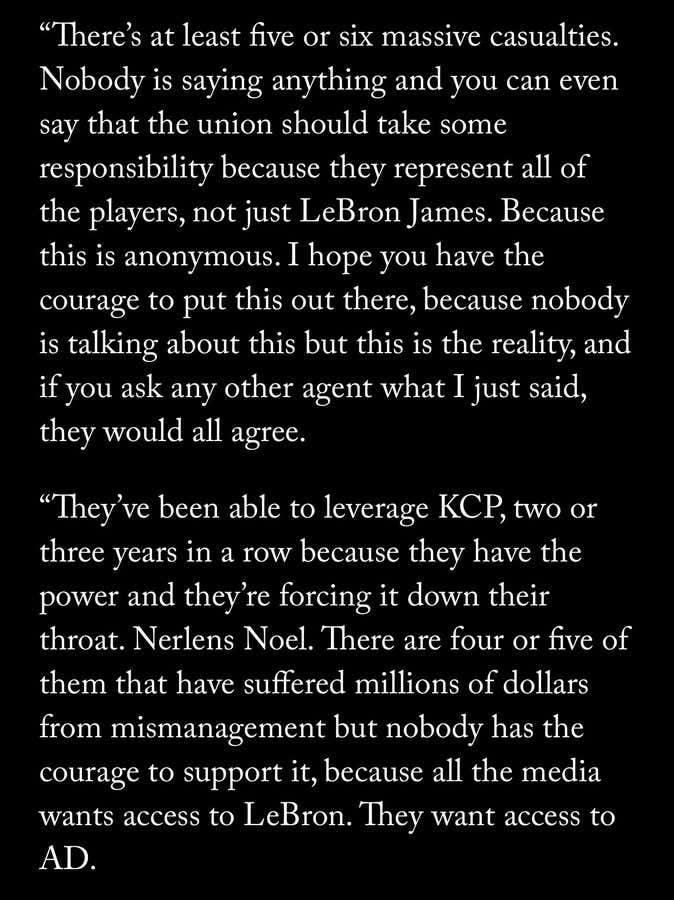 Holy moly pull your self together man. You know the saying, don't have the player hate the game. All I see in that quote is an NBA agent being a little upset that LeBron and Rich Paul are running circles around the rest of the league. Guy probably lost a few clients to Klutch too which is why he's so worked up. I bet if he was the guy LeBron chose to run Klutch and all that he would have no problems with it. Jealousy like you read about.

It's also not a secret that LeBron recruits. Welcome to the NBA? Everyone recruits and tampers with their friends and guys they want to team up with. That shit isn't knew and it's not only LeBron that does it. Is it a little funny that of the 15 roster spots on the Lakers a total of 6 of them are Klutch guys? Sure. When you also factor in his previous teammates in CLE (Tristan Thompson, Jordan Clarkson), it not exactly a secret that LeBron fills his rosters with Klutch guys. But it works both ways. If this guy thinks Rich Paul and LeBron have screwed KCP and Nerlens Noel, well he also got guys like Tristan Thompson and JR Smith paid. Do you think KCP gives a shit about turning down an extension? Guy was just a valuable piece to a title team. The best part about that rant? Nerlens Noel wasn't even a Klutch client when he turned down that extension from the Mavs! His agent was Happy Walters!! It's like people have LeBron/Klutch derangement syndrome or something.

The second AD fired his agent and joined Klutch, we knew what it meant. That's life. I also thought it was funny how this agent didn't rage about Lou Wiliams taking a deal that pays him only $8M a year. That wasn't Klutch's doing.

I respect the hell out of what LeBron and Rich Paul have built. They run the NBA, there's no two ways about it. But what a terrible look it is for this agent to come out and cry about it. I also loved the part where he said "I hope you have the courage to put this out", yet this person didn't have the courage to put his name behind what he was saying. Again, if this guy had LeBron as a client he would be down to do the exact same shit as what Klutch is doing. They built a brand that players want to join, they know that being attached to LeBron will probably open up more doors and be more helpful than not.

I don't often like to stick up for LeBron/Klutch, but what do you want them to do? Not use their advantages and power? Who would do that. If you don't like it, build your own agency. Bring in your own monumental talent. Don't just go to the media as an anonymous source and cry about how shit is unfair. That's so weak.