It’s been exactly two years since I got hired at Barstool and had to break the news to my Early Childhood Intervention office of exclusively women (via text) that I’d be leaving Youngstown, Ohio for a “big time sports media” gig in New York City.

As painful as it was for them to lose their sole masculine rock, they knew I was destined to do different and other things. And as much as it was a gut punch to the families and kiddos on my intervention caseload, I’m sure they found solace in knowing that I'd be putting my passion for helping babies with developmental disabilities to good use. With that said, there were still some major adjustments and hurdles that came with the career shift for me.

One of the biggest culture shocks (and shocks in general) of starting my job at Barstool Sports was realizing just how weird and uncomfortable the majority of my male coworkers get around women. Don’t get me wrong — it's completely normal to get a little bout of the jitters around chicks! Hell, I’ve been there myself a time or two. I guess I just expected the dudes devoted to posting “smokeshows" and talkin’ bout “Wake Up With Carmen Electra Riding The Absolute Fuck Out Of The Sybian” to be a little more comfortable around three dimensional hoes.

Shiit, I’m not judging though! Maybe it’s just the result of spending their formative years sheltered and glued to the computer, looking at incel-infested forums and scouring Google Earth for geographic oddities. Hell, maybe they dedicated most of their life to an obscure sport with no semblance of a female following; and then again, maybe it’s something more genetic or neuro-developmental. 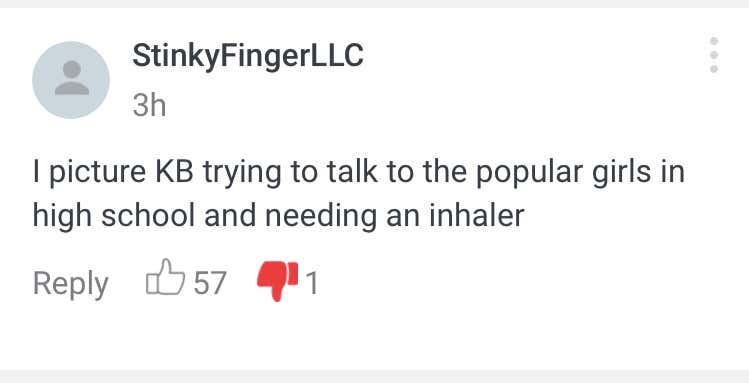 All I know is that as someone who was always surrounded by broads (professionally and recreationally) — to the point where I felt like I was suffocating in estrogen and in dire need of a breathing apparatus — it’s been absolutely bruuuutal to witness my new coworkers be so out of their comfort zone around a lil pair of X chromosomes. 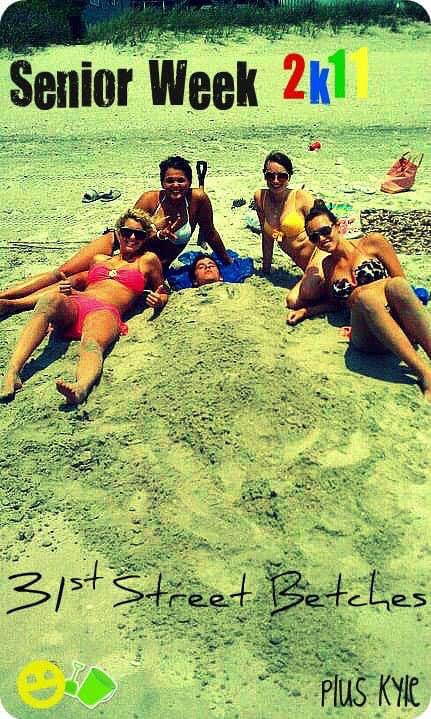 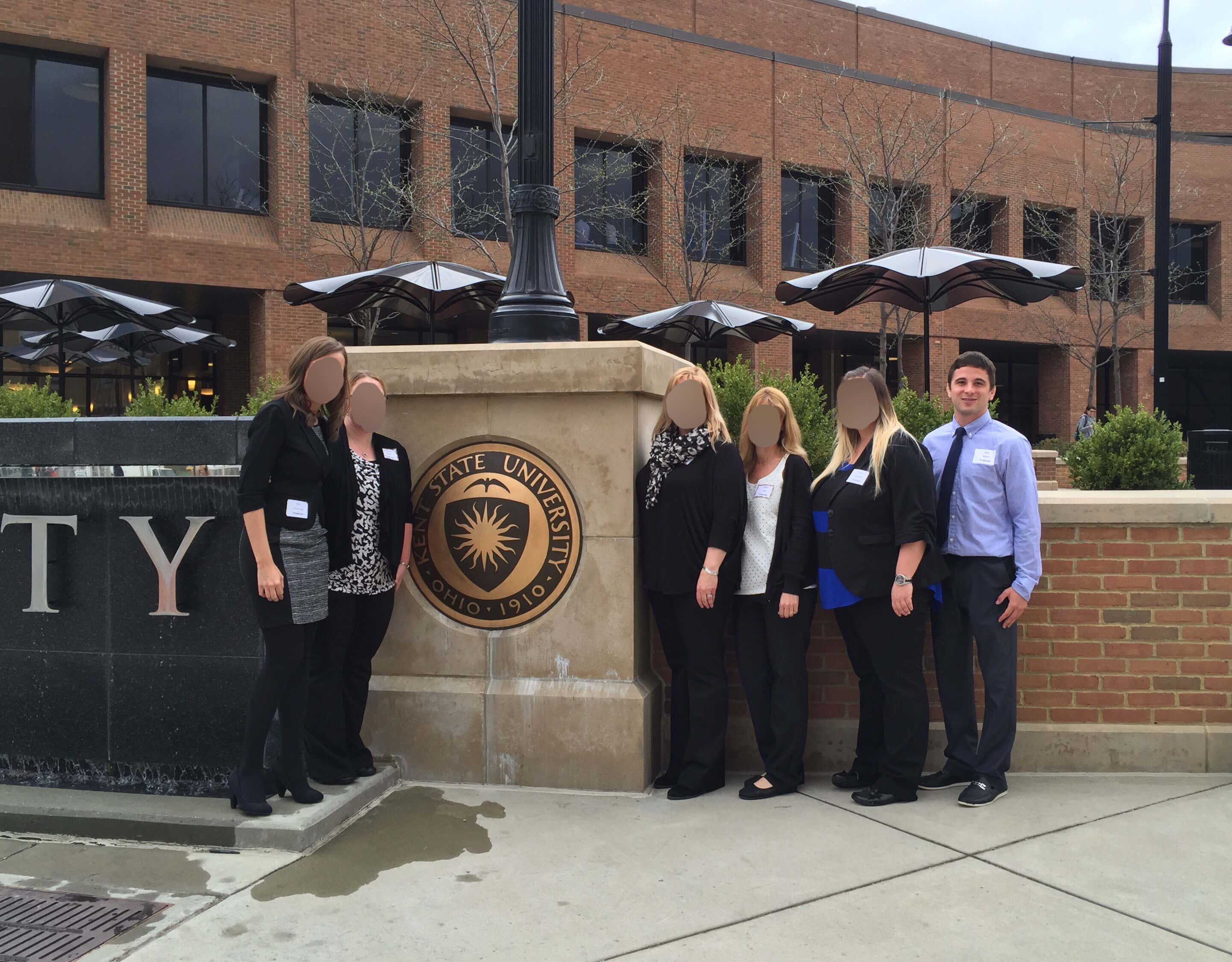 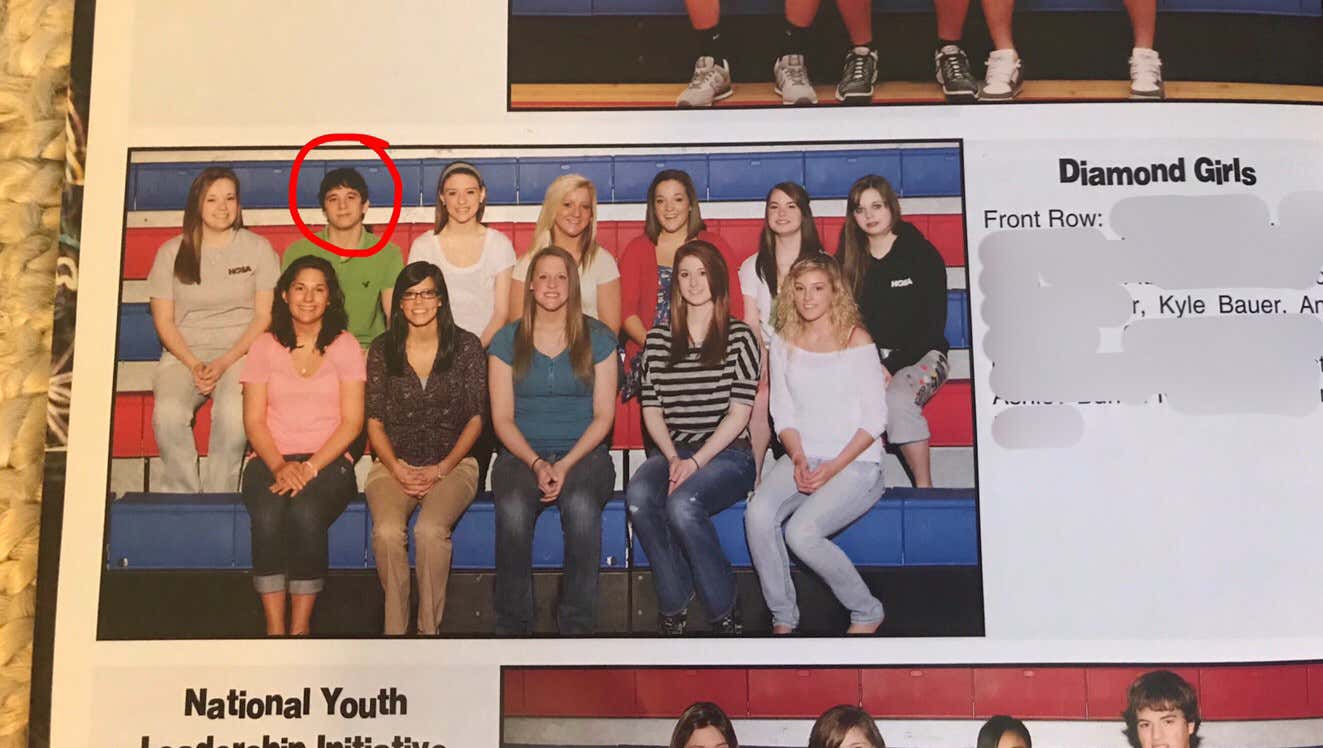 If you know me, then you know there’s nothing I hate more than throwing my homies under the bus. But I think this video from Wednesday perfectly encapsulates the lopsided disparity between me and my colleagues when it comes to conversing with the opposite sex.

As awkward and unpleasant as my three cohosts acted around that poor young woman while I seamlessly carried the conversation, I can't even imagine how much worse they would have been if it was an actual random girl instead of a part-time employee who they see on a weekly basis. Big Cat immediately entered panic mode, Nick completely shut down, and that goofy mustached motherfucker Donnie had a whole ass stroke and started talkin’ bout “garlic mincers” with his “scaramouche scaramouche will you do the fandango" lookin ass. Shiit, I love those guys to death but they can take a thousand oofs for that one. So what actually gives? Where are all these bumbling bloggers going wrong? I don't have all the answers, but I think I might have some of them. 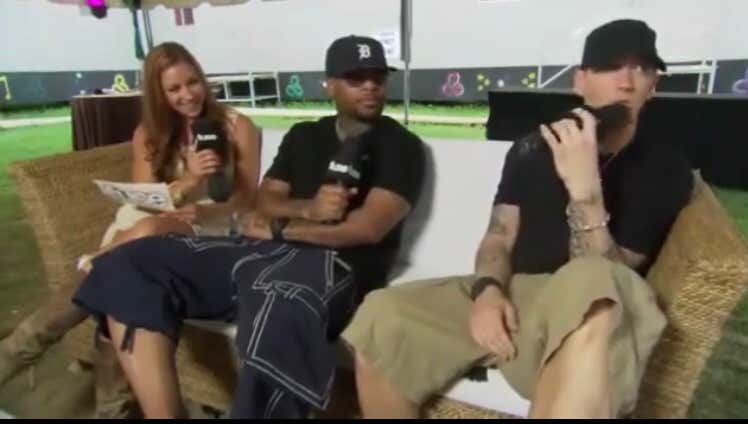 Whether you're taking it from me, Marshall, or even Royce, there’s nothing that scares the hoes faster than a gawkin’ ass dude who won’t stop looking them dead in the eyes. Hey champ, are you tryin to talk to her or are you tryin to count the cells in her ocular nerve? Fellas, get this through your thick, cishet skulls: There’s a zero percent chance you’re gonna score a girl by staring at her from across the room, bar, dinner table, etc. That’s why I completely refrain from looking women directly in the eyes until I’m actually in the process of kissing them. 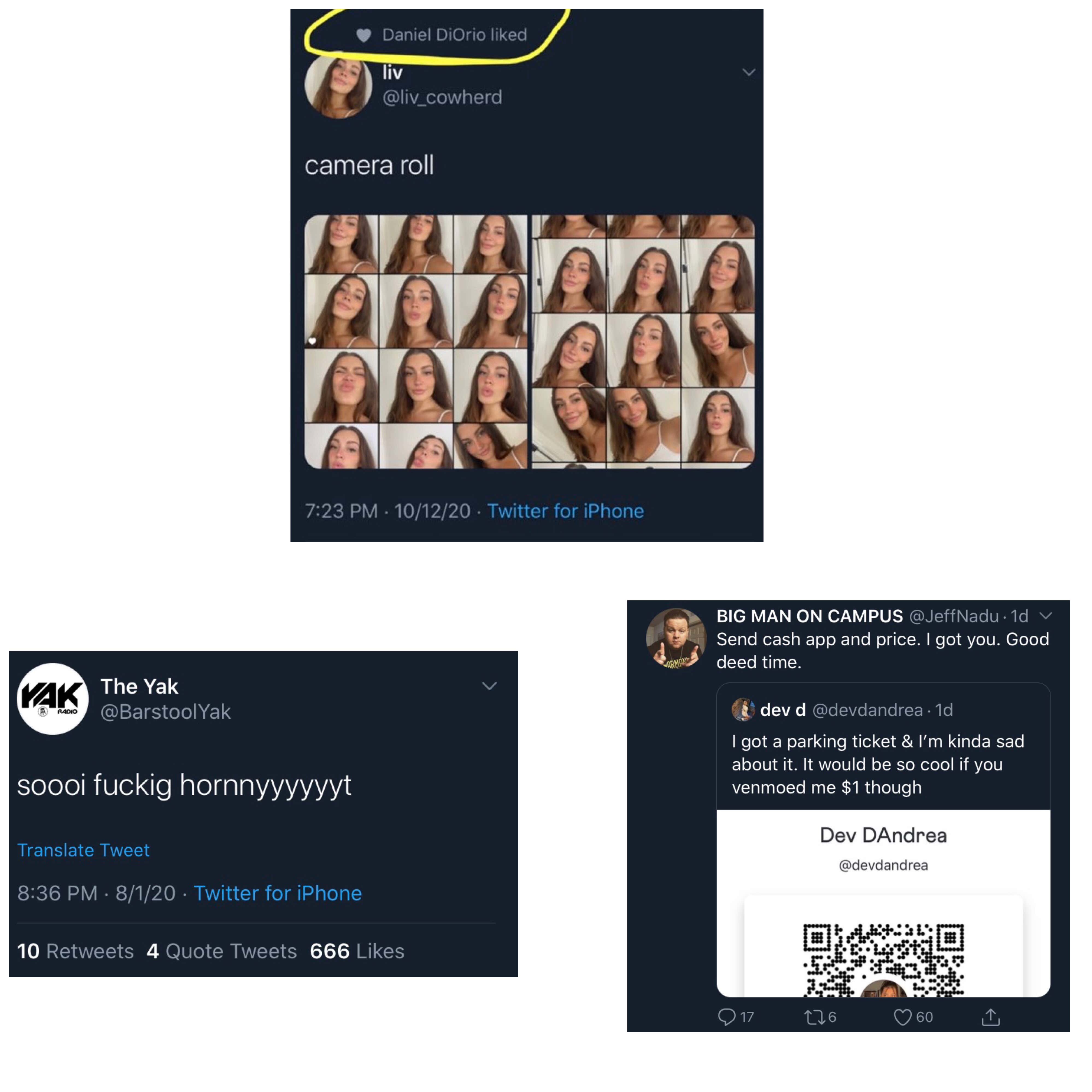 Every time I used to travel somewhere, I'd toss out a chill/lowkey tweet in order to let my female followers from that respective city know, "I'm bout to be in your zip, but I'm not too pressed about seeing you." 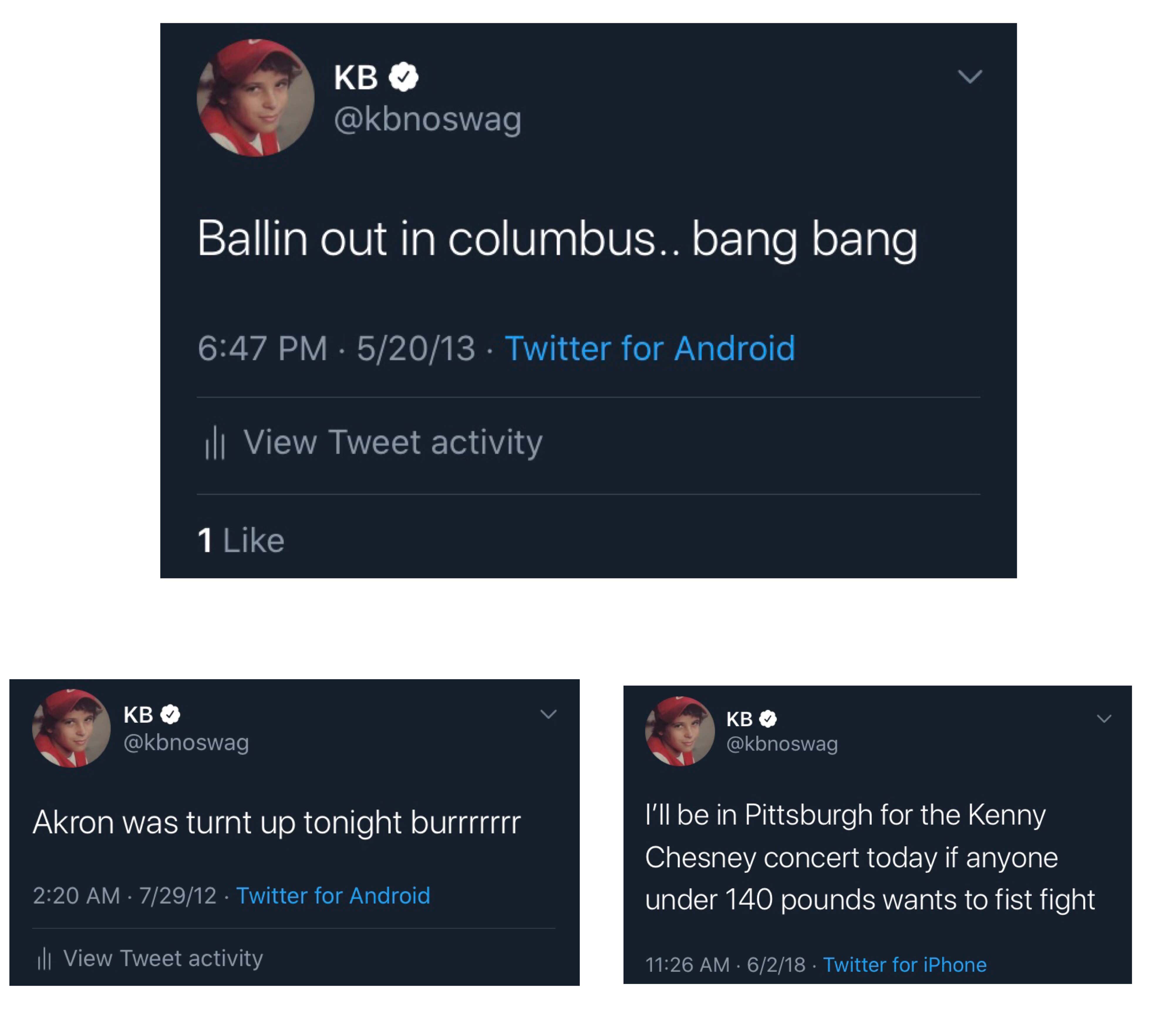 The goal with this move is to prompt them to DM you something like, "hey!! how long are you gonna be in [insert city]? we should meet up if ur not too busy" And it certainly used to work for me. 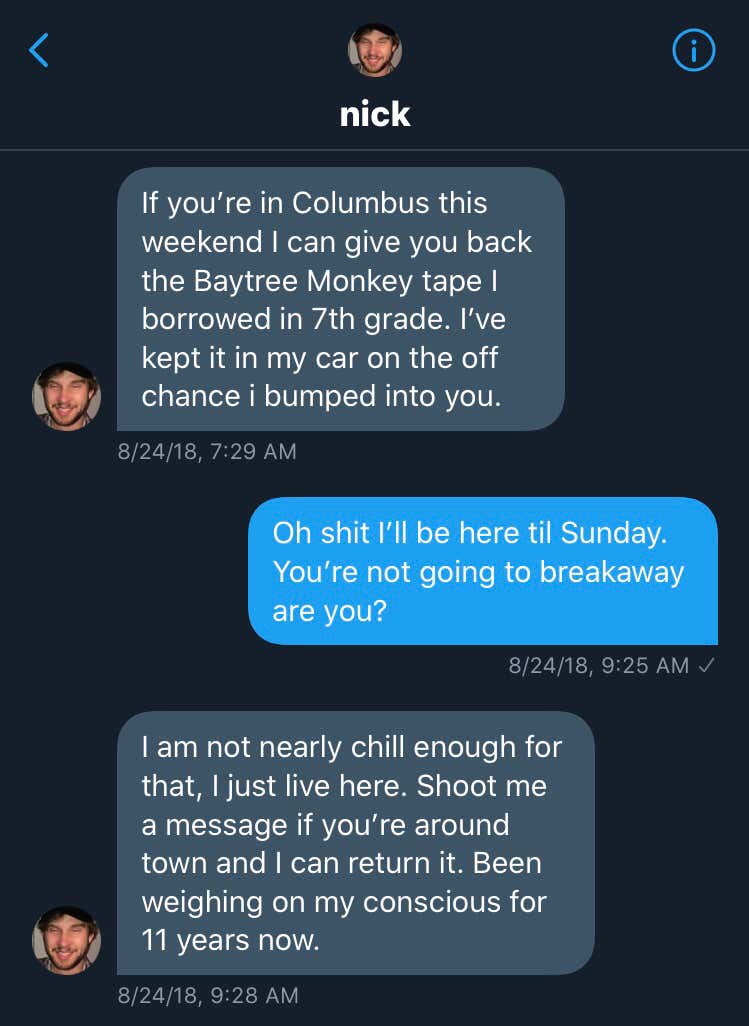 Nick must’ve seen one of my tweets about going to a music festival in Columbus, because he finally worked up the guts to say something to me for the first time in over a decade. As most of you already know, “Baytree Monkey” was my stage name when I was a rapper in 7th grade. Coincidentally, it’s also the origin of “Cool Kyle” and my ongoing reputation for involuntarily code switching to an ultra suave cadence around chicks. 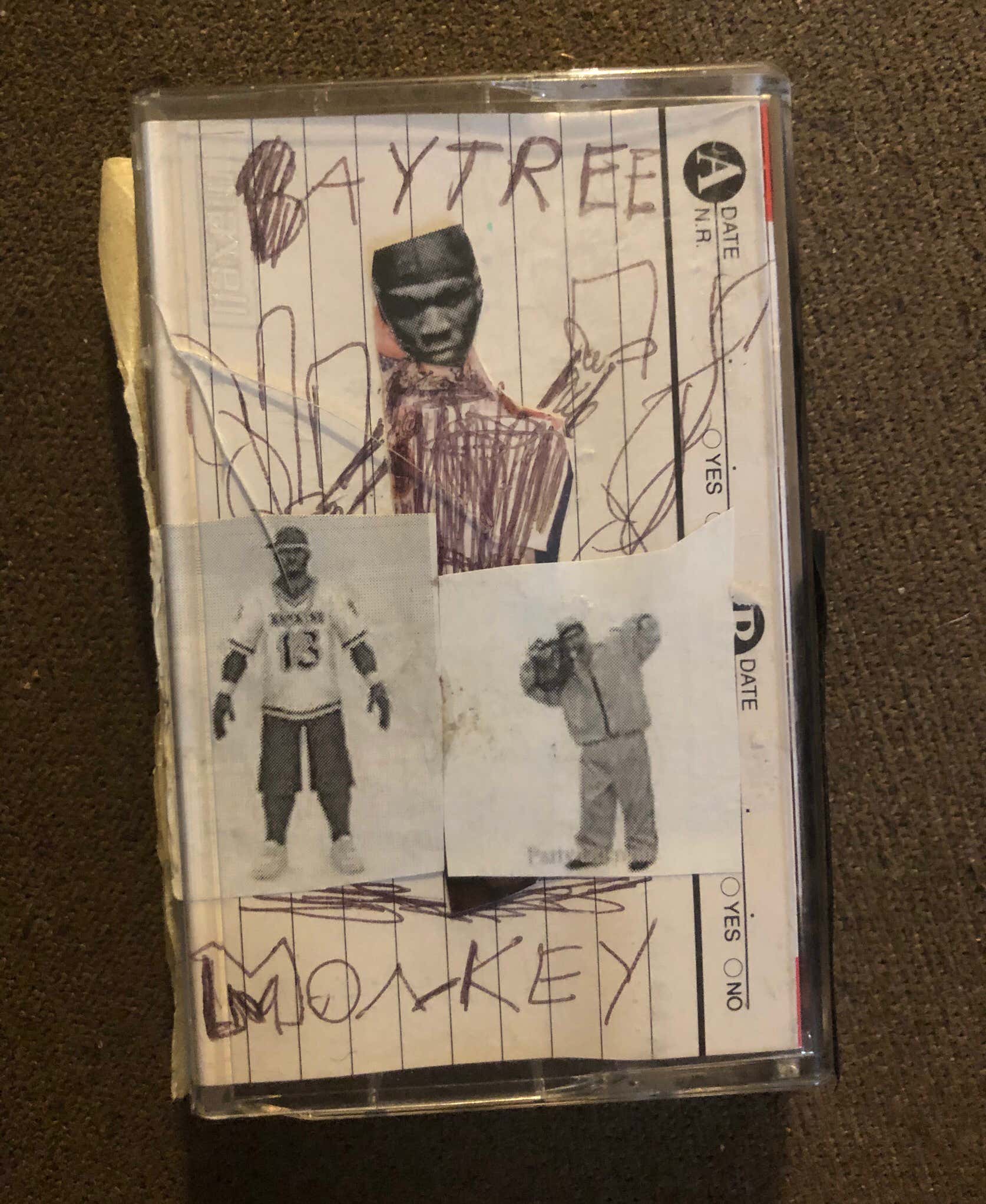 This was in 2005-2006, when hip hop was still universally cool across the board. Before the phenomenon of "local rappers,” SoundCloud, and that weird era of goofy lookin' white dudes talkin about their love for higher education and remixing songs with that chipmunk voice effect. I had no choice but to imitate the mannerisms and lexicon of the coolest and greatest names in hip hop. And it helped me sell a fuck ton of CDs and attract a gang of heads whenever I’d “freestyle” my pre-written and monotonously rehearsed rap songs on the schoolyard. That gangly motherfucker Nick wasn’t nearly chill enough to obtain one of my CDs, so I guess he had to settle with a cassette tape.

While all the dudes in my class were hitting puberty and talking on All Madden mode, my shit was still on mezzo soprano so I could get away with freestyling for an entire recess period without a single voice crack disrupting my flow. And as I got older and started getting into marshall arts, I was sounding and behaving more and more like the Eminem, replicating all the facial expressions and slang terms he'd use in Youtube interviews.

The only thing more attractive (to girls) than effortlessly chugging 99 proof, fruit-infused liquor is being able to retain your chill demeanor and mental wherewithal afterwards. That’s why whenever I was at a function in college, I’d scurry off to the bathroom with the least stickiest refrigerator decoration I could find and fill it up with sink water before pulling off my classic stunt.

“Wait who was that chill dude that chugged the 99 Apples and then flawlessly recited the Oceanic capitals in alphabetical order?”

“You mean that Danny Amendola lookin dude who was off a whole bottle talkin' bout “Tonga Nukuʻalofa…Tuvalu Funafuti” with his cool ass voice and clean polo tee?”