I love this man so much. He's been waiting to go to a baseball game with his puka shell necklace all year long. Tonight was his time to shine and he responded by making a fantastic grab in left on Will Smith's homer. 10/10 grab. This catch caused the man so much happiness that his brain completely malfunctioned in a state of euphoria and told him throwing his glove onto the field was the next appropriate move. Not the baseball, which if he were a Rays fan would make sense in the moment, but his own glove he brought to the game. What a moment in baseball history. Brusdar Graterol would be proud.

The moment he lets that thing go reality snapped back and caused him to ponder what in the fuck he was doing. Maybe the fastest regret has ever hit someone. 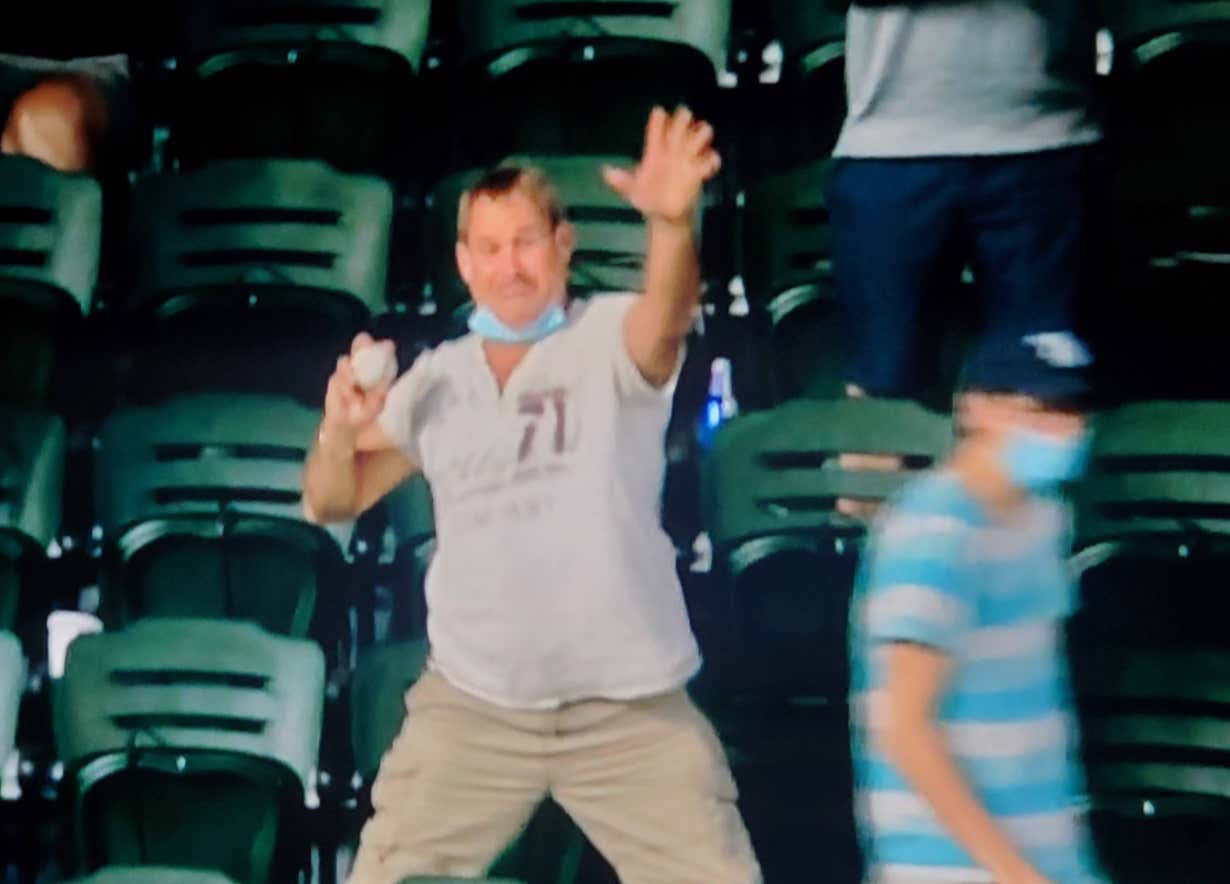 Lucky for him Arozarena was nice enough to toss the glove back into the stands, which he caught with ease as well. Sign this fella up. What a moment. Even better, what an outfit. He very well could have hopped out of a time machine right before first pitch.

I bet Major League Baseball didn't think having fans in the stands spaced out was going to threaten giving covid to the players. That's when the virus created this guy. To quote Dr. Ian Malcom, life finds a way.