Even if you don't go 10/10 for the ultimate prize there's still $1,000 up for grabs GUARANTEED so there's really no reason to give a try here. And it's gonna be a helluva build up next Friday night with these 5 fights closing out the night. LET'S DIG IN!

TRAILER PARK vs I EAT ASS 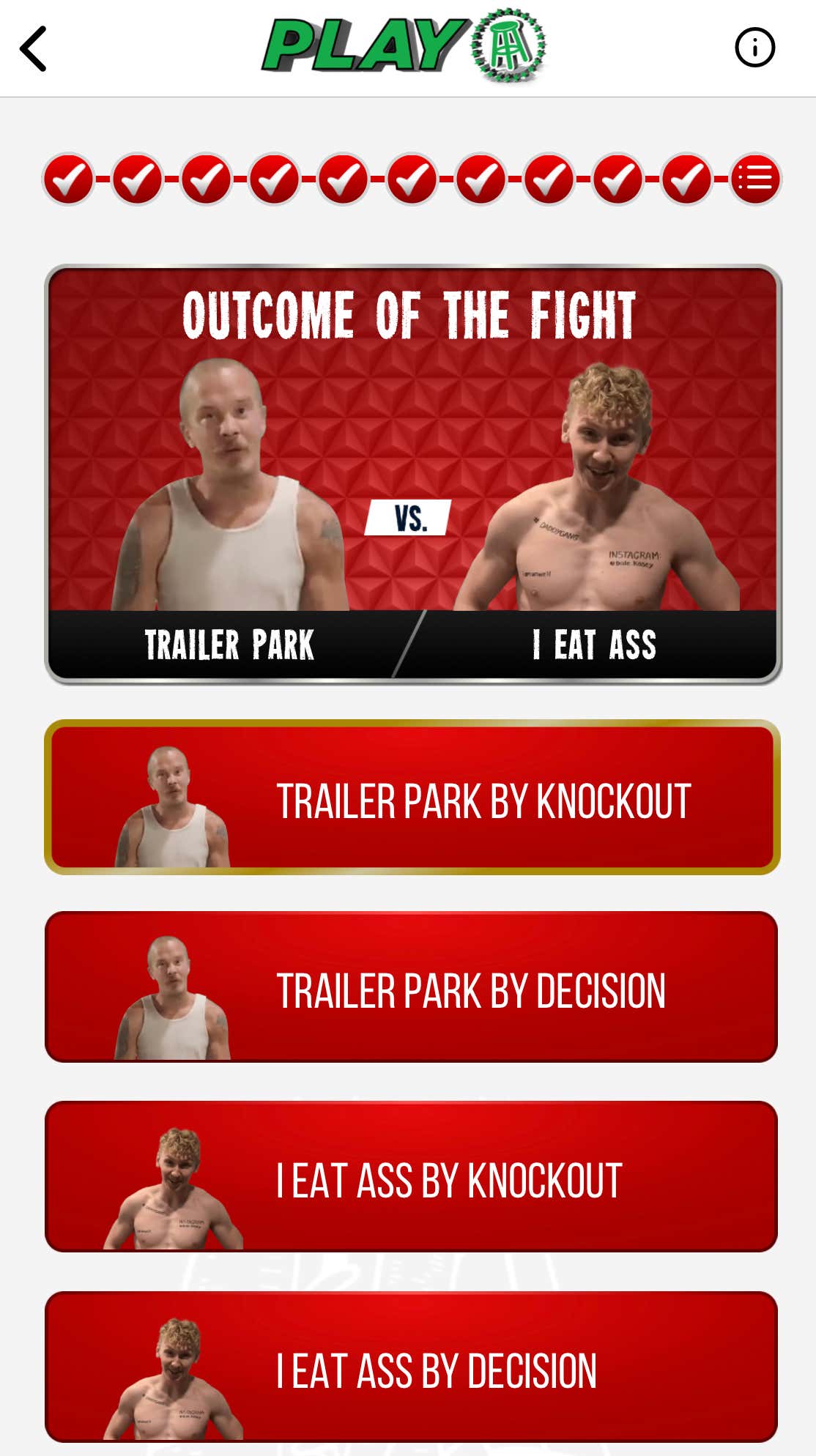 -TRAILER PARK has been stabbed multiple times, fought EVERYONE in Fayetteville, won at RnR 9 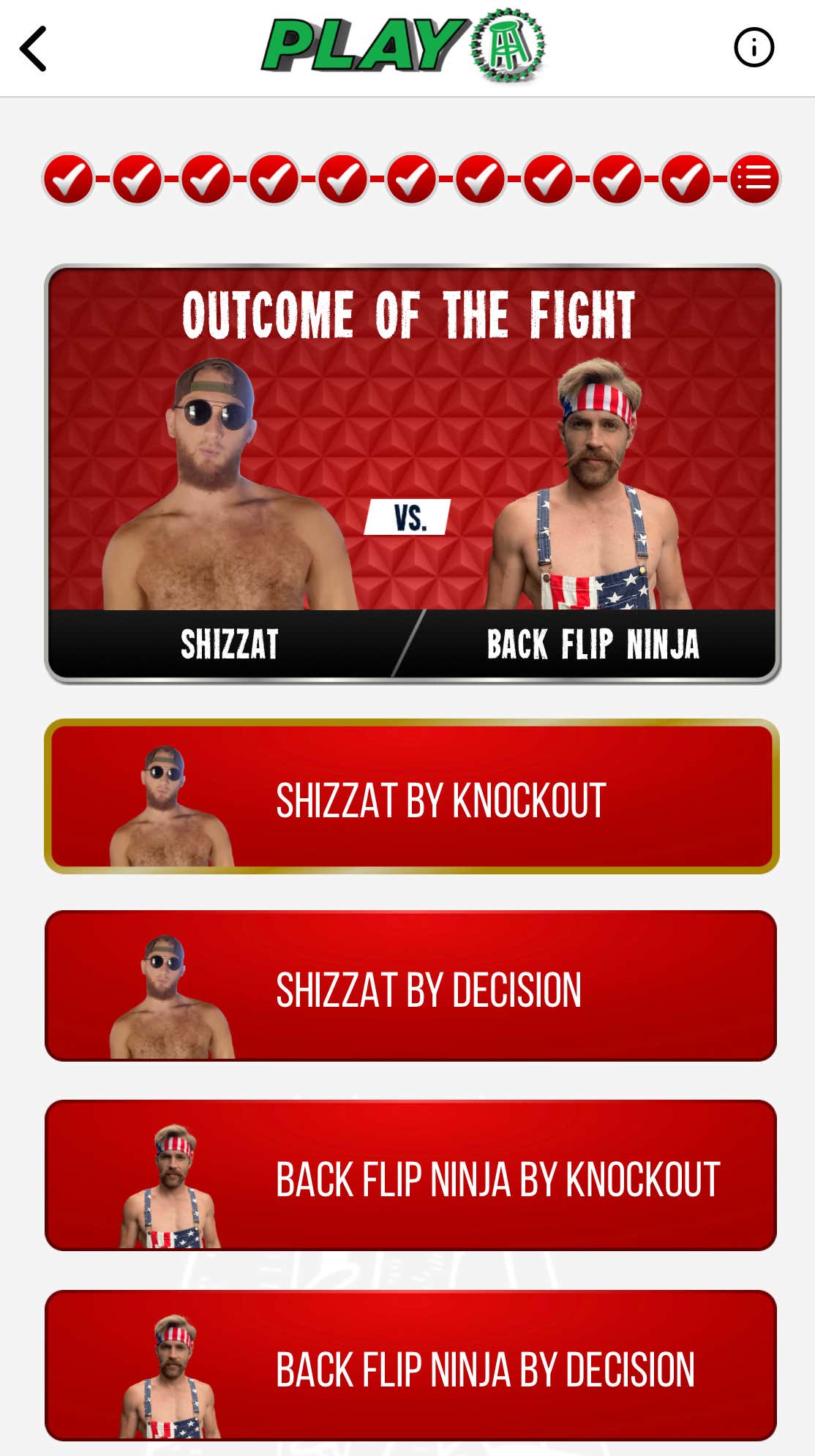 -SHIZZAT THE RIZZAT has our #1 KO ever, went all 3 rounds with NIGHTY NIGHT, is fighting for his fallen friend David Gainer

-BACKFLIP NINJA has our #1 athletic move ever, also survived 3 rounds with NIGHTY NIGHT, is fighting for Trump 2020

THE JOCKEY vs BAD ASH 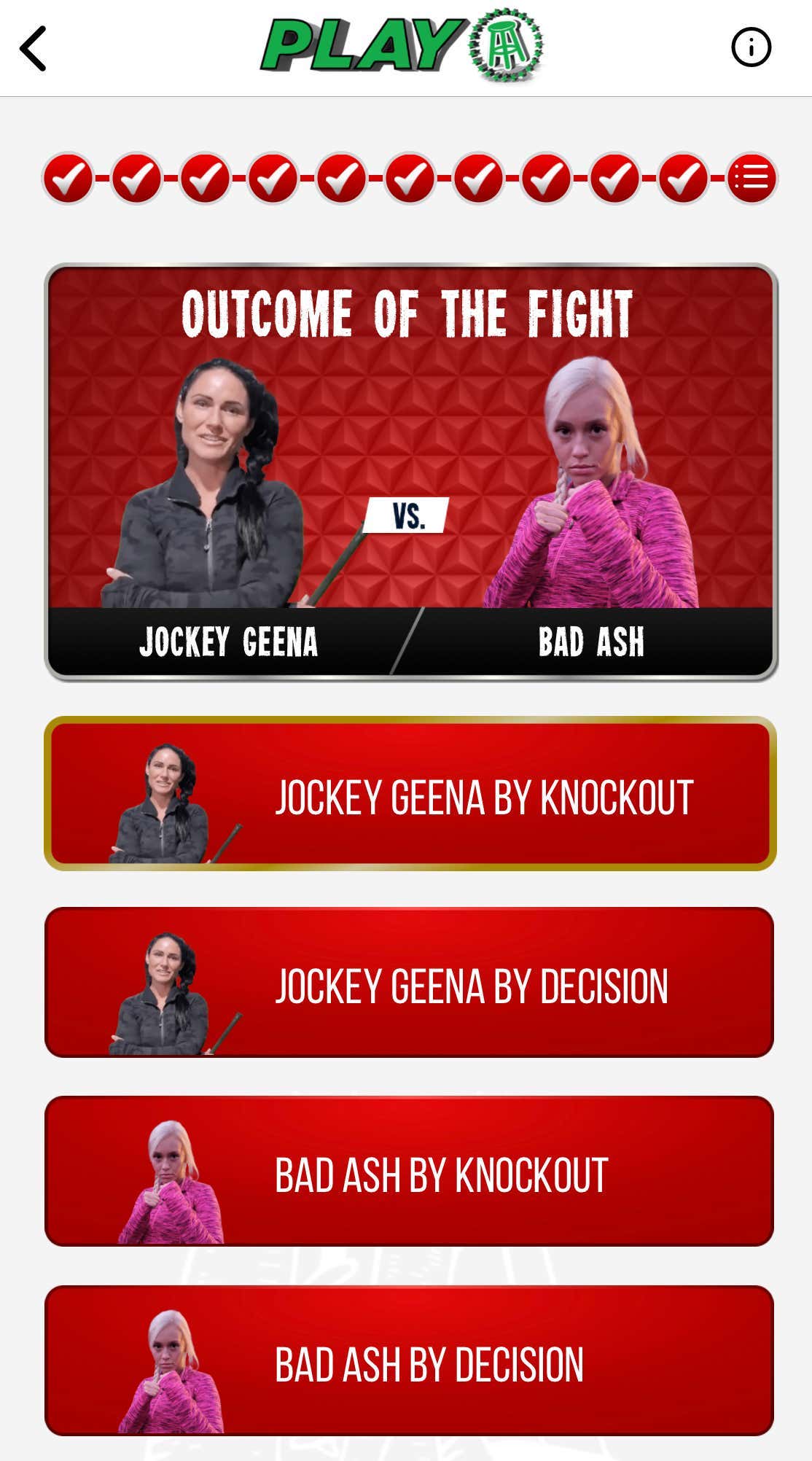 -JOCKEY GEENA rides 1200 lb beasts daily, works out in a ninja warrior gym, loves manipulating anyone in her path

-BAD ASH hails from the hills of West Virginia, says she's always ready to fight, and has "never been manipulated in her life" 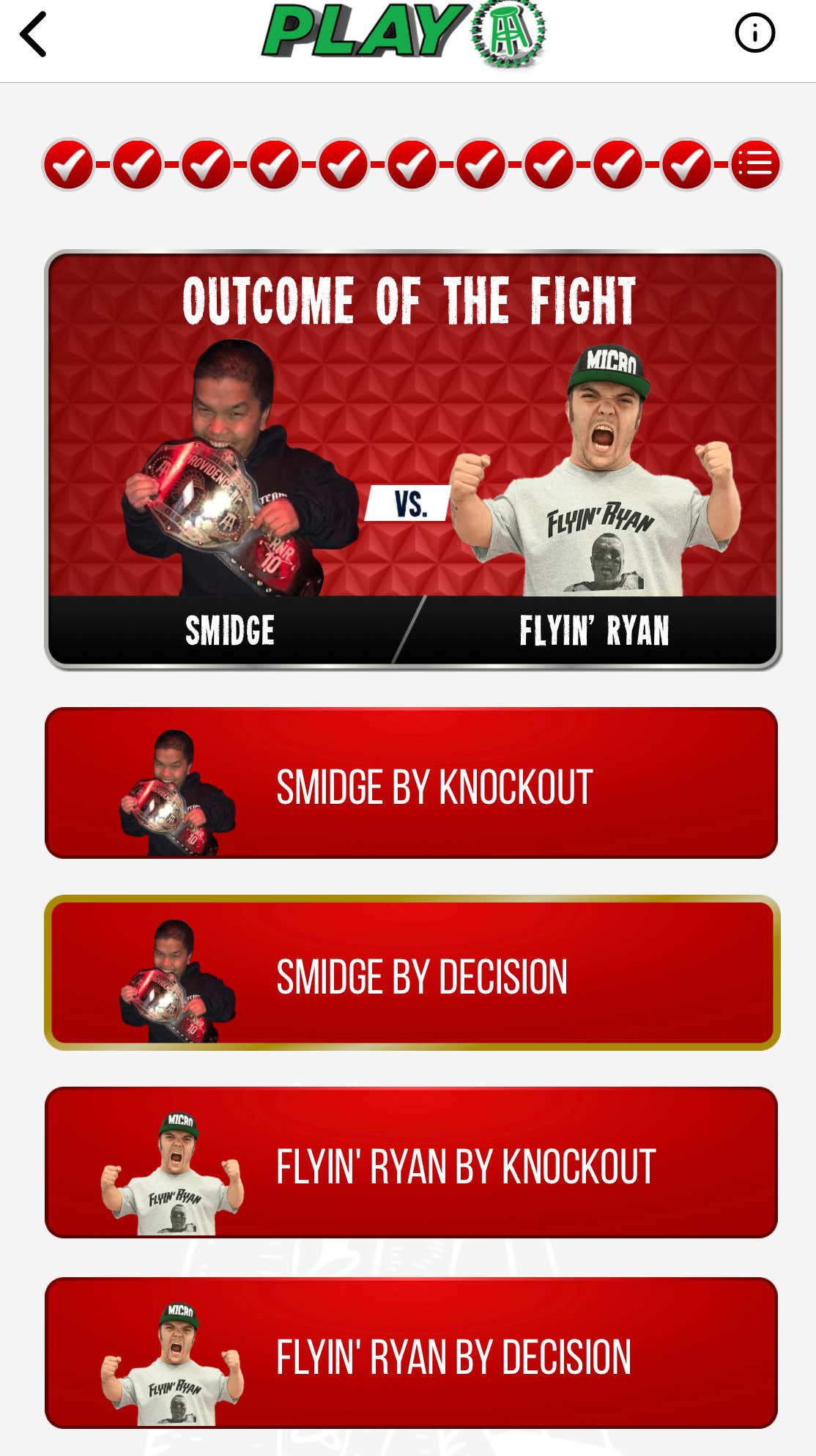 -FLYIN' RYAN is a pro wrestler, friend of Smidge's opponent who lost at RnR 11, fighting to prevent a 3rd term from Smidge 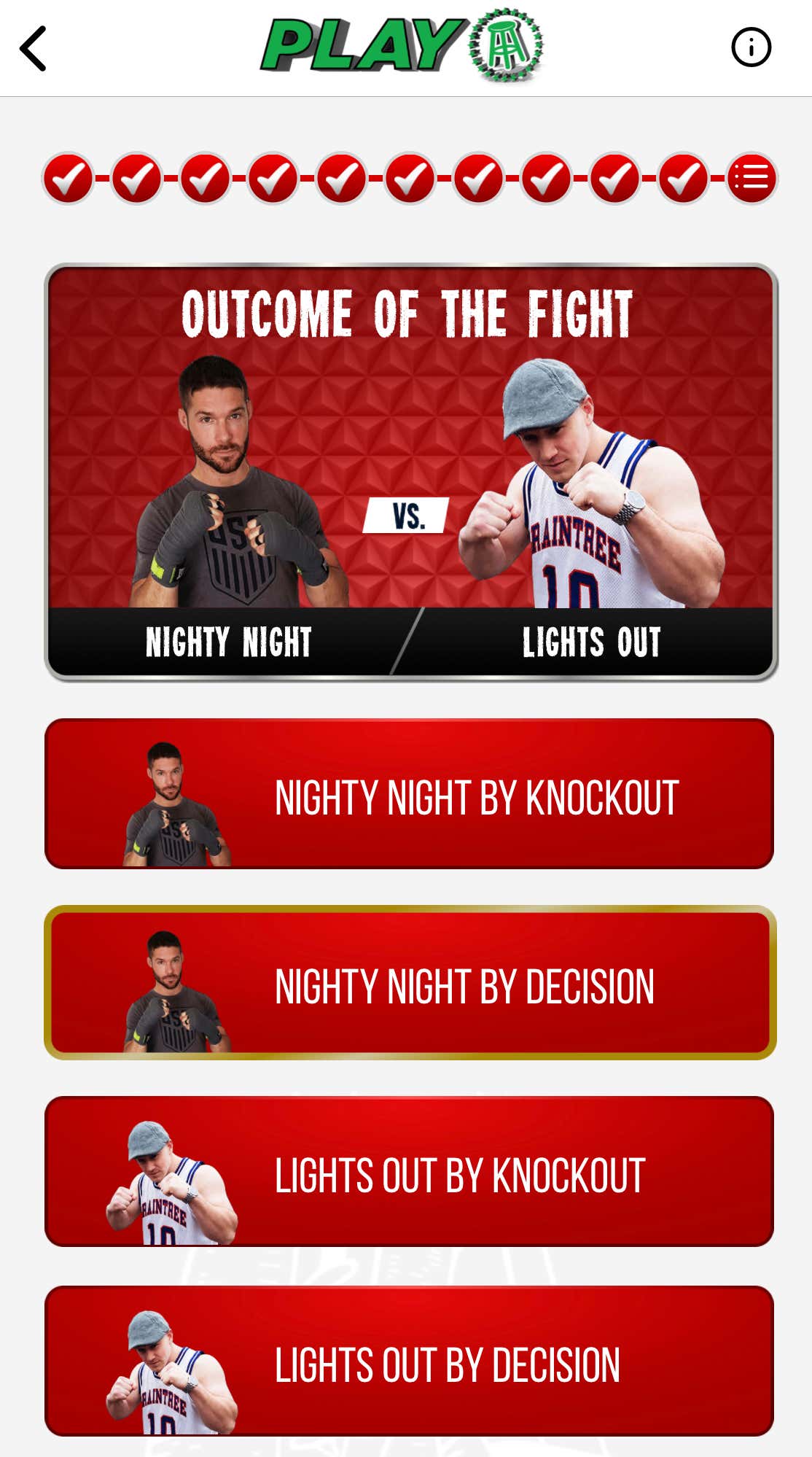 -NIGHTY NIGHT is our current Middleweight AND greatest champion ever, 5-0 with 5 KOs, Army Vet, always puts "dicks in the dirt"

-LIGHTS OUT is our current Heavyweight champ, beat our previous greatest at RnR 11, "toughest fighter on the South Shore of MA"