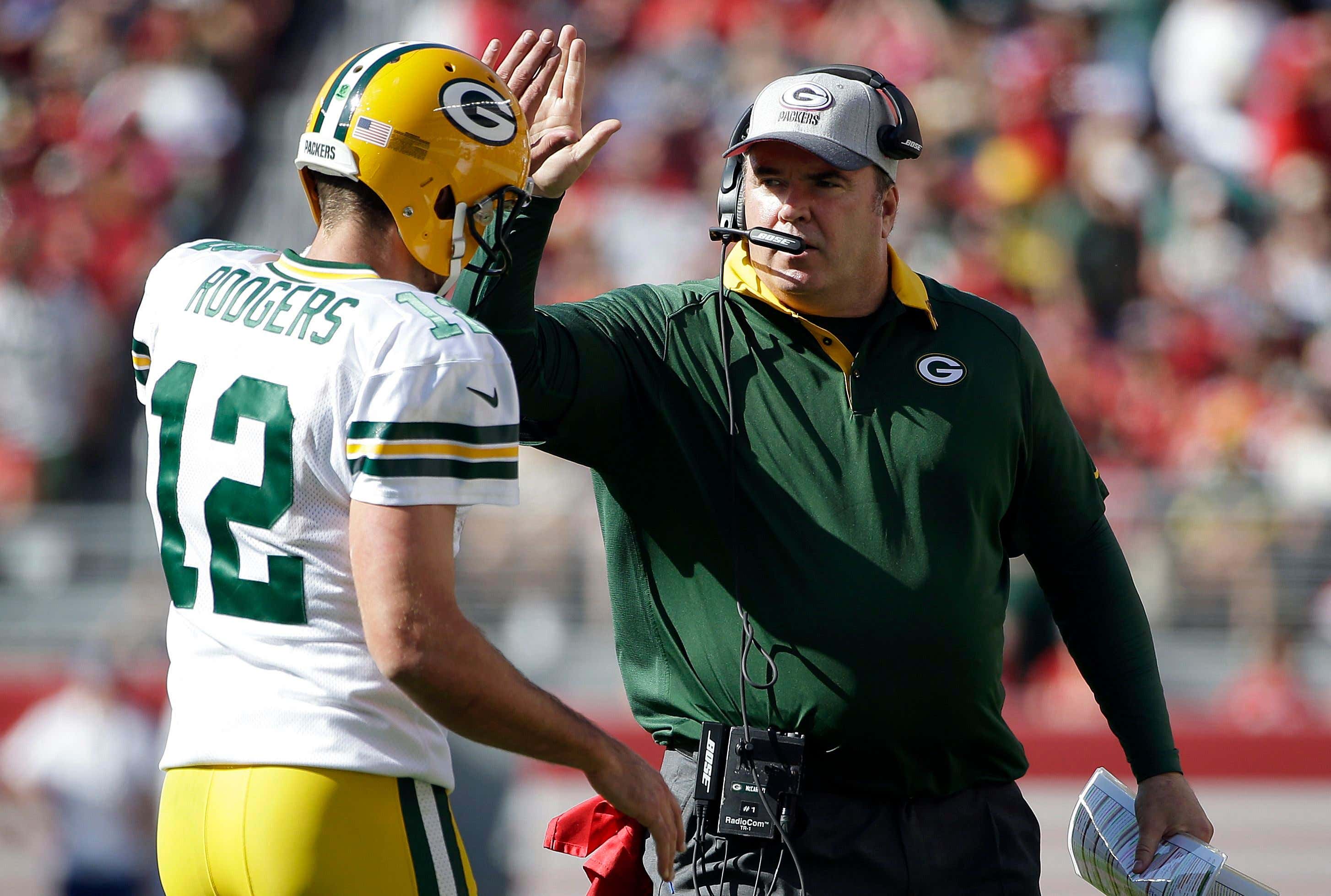 Aaron Rodgers and Mike McCarthy worked together for 13 seasons and despite the fact some of us (me) only talk about the frustration of the last two years, the truth is they had plenty of good times together. I'm not going to list them all because frankly I'm having a hard time coming up with anything other than SB 45, but what's important is that they happened and were enough to send Rodgers to Mike's defense. (source: Heavy)

But it doesn’t matter who you are, whether it’s somebody talking about a coach or a player, you never want those unnamed sources to come out, that anonymous stuff. I think that’s some chicken shit.”

How about that! The guy who allegedly hated his coach so much he forced the organization's hand in firing him… is now coming to his defense. So not only are other players talking shit about McCarthy and his coaching staff after only 6 weeks, essentially validating that Rodgers was not the problem in Green Bay, but now the bad guy who was "responsible" for his departure is defending him???

That is what you call growth and empathy and it all comes from personal experience. Rodgers is no stranger to having stupid shit said about him, so he definitely understands what Mike is going through. In fact he's been in that position with Mike when their relationship was attacked and both of their characters were questioned.

“This was a smear attack by a writer looking to advance his career, talking with mostly irrelevant bitter players who all have an agenda,” Rodgers said during an appearance on ESPN Wisconsin’s Wilde & Tausch shortly after the article came out. “Whether they’re trying to advance their own careers or just trying to stir old stuff up.”

So instead of by-passing the comments made about McCarthy, he attacked the sources AND even went on to defend the Cowboys gross 2-4 record.

“As far as I know, what the facts are today, they’re first place in the division. First place in any division, regardless of their record, assures you a home playoff game. We won a division in 2013 at 8-7-1, had to win our last home to get a home playoff game. That division has obviously been a little down this year… but they still have a lot of games against each other. It’s a long season.”

Yeaaah, now I'm beginning to question just how genuine Rodgers is about any of this. I mean, yes, technically the Cowboys are in first place and if the season were to end right now, the Cowboys would be guaranteed a home playoff game…. but that doesn't mean they're a good team overall, or that the coaching staff is doing their job and not slacking off or showing poor leadership, or that the players don't have a right to be frustrated; they're not mutually exclusive.

But whatever. In the end, it's nice to see Good Guy Rodgers standing up for his old coach. And he can defend him as much as he wants, for as long as he wants… as long as McCarthy is no longer in green and gold.