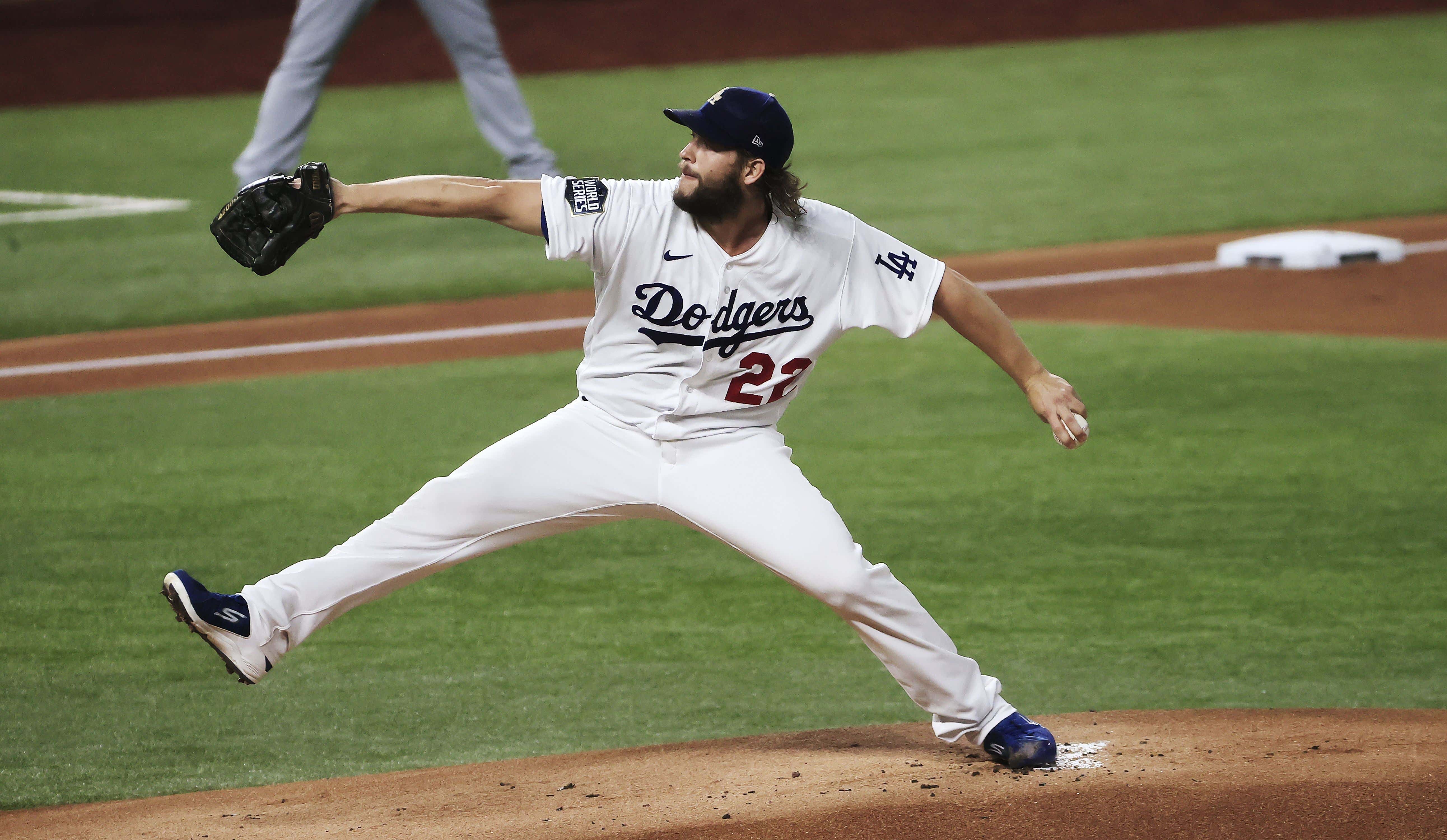 I thought Clayton Kershaw couldn't pitch in October? That seemed to be the narrative most of you tried to push. The Kershaw haters get off to that depressing image of his sitting his dugout looking into the distance wondering what went wrong. Always that one inning that did him in. I couldn't stand to see it anymore. Well, how about last night? Six brilliant innings, retiring 17 of his final 18 batters.  The man was nearly flawless, despite one bad pitcher to Kiermaier that went over the wall for a solo shot. Kershaw actualy generated the highest percentage of swings and misses (50%) in any of his starts (minimum 25 pitches) during his entire career last night.

Last night's performance gave Kershaw nine postseason starts of at least 6 innings while allowing no more than one earned run and one walk. That's the most ever in MLB history. This narrative that he's a terrible postseason pitcher is just lazy and wrong. The correct description is inconsistent, but in 2020 he appears to be putting it all together posting a 2.88 ERA over 25 innings.

He ran into a little trouble in the first when the Rays put two men on, but a nice play on a slow dribbler off the mound got the lefty out of trouble. The Rays really never had a chance after that. Kershaw locked in and did not look back.

I am happy for this man. His Dodgers are three wins away from a World Series title. The baseball gods owe this one to him after what the Astros got away with in 2017. I've said in the past that no one got more cheated out of the cheating scandal than Kershaw. His World Series outings at Dodger Stadium were incredible, but when he visited Houston it was like he'd never thrown a baseball before. The Astros didn't swing and miss on a single breaking ball all night. He threw 51 to them and not a single hitter whiffed! The odds of that happening were 1 in 128,000 per this Reddit thread. I've never felt worse for a dude who wasn't on my team. This is his redemption year. It would only be fitting in 2020 for Kershaw to get this ring. 3 more wins and that becomes a reality.