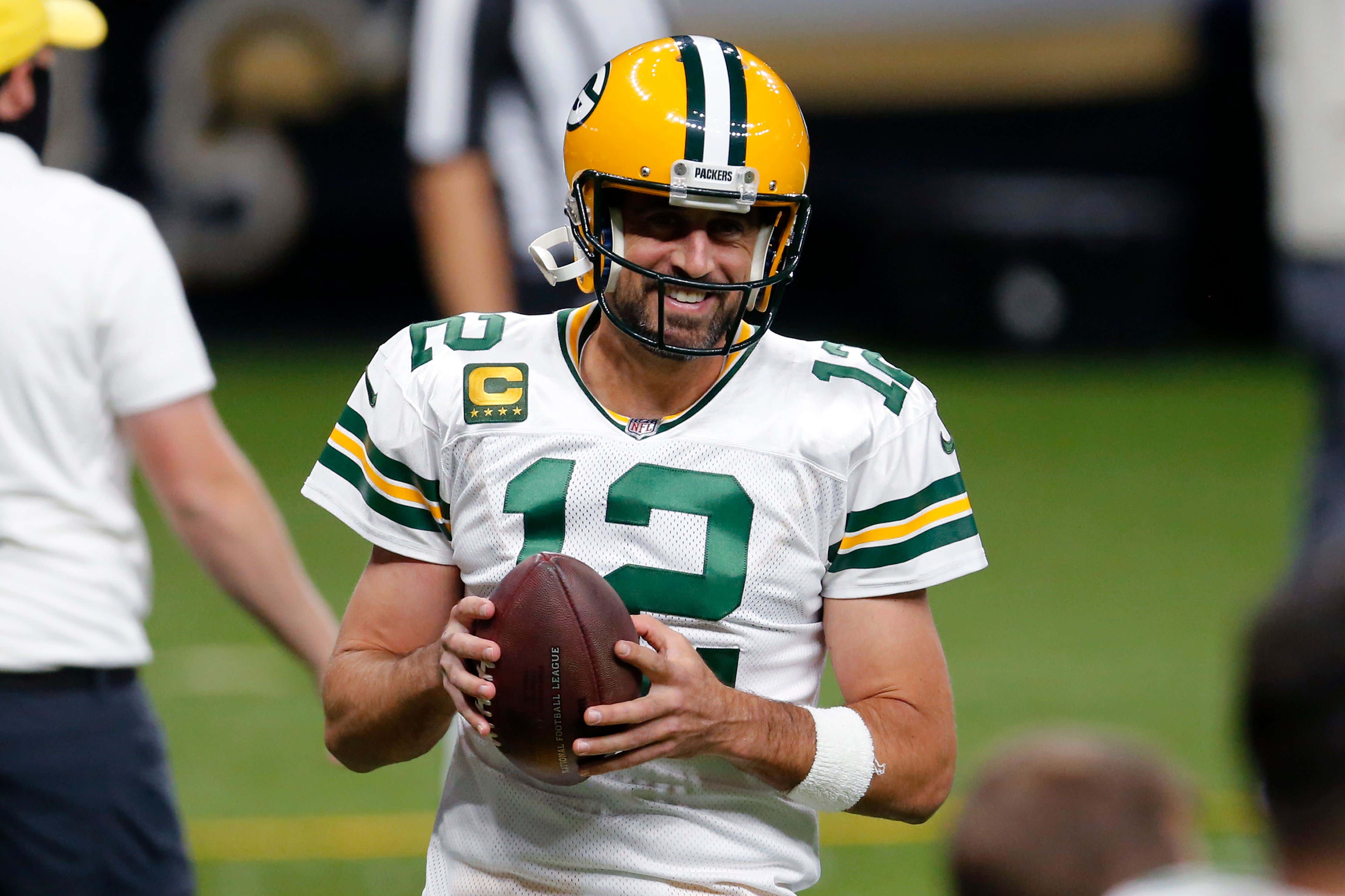 Aaron Rodgers is an interesting cat. When the man starts talking, you better be listening. Whether it's breaking down football plays, discussing aliens, chemtrails, etc. the dude is must listen. There's obviously the tired narrative that he's this bad teammate who only cares about himself that's been pushed by Greg Jennings and Jermichael Finley since they left Green Bay. Pretty much everyone else who has played with 12 loves him and this article with a bunch of stories from Rodgers teammates is a great read.

One story brought up is how Rodgers randomly one day said him and his backup QB Graham Harrell were so close they're basically fraternity brothers. One little joke ended up exploding into a whole big thing that got completely carried away. Kinda like when half of the Barstool bloggers started vaping as a joke and then eventually couldn't stop. This Rodgers prank was a little less serious than that, but equally as ridiculous.

Rodgers decided to really buy into this fraternity thing and made up that they were part of TKE. I'm not sure if Rodgers knew this was a common fraternity at most colleges or if he randomly put together three greek letters, but it ended up being the perfect one to choose.

Graham Harrell had no choice but to go along with this for as long as Aaron wanted to take it. The joke went so far that Rodgers and his backup one day ended up at a TKE party nearby at St. Norbert College because one of the Packers ballboys naturally was a member of TKE. Sorta how in Mr. Deeds Winchestertonfieldville, Iowa ends up being real. Okay not to that extreme, but you get the point.

The ball boy invites Harrell and Rodgers to a mixer that the St. Norbert chapter of TKE is hosting that fall. The mixer is known as the "Carnation Crush," because it also involves the women of Delta Phi Epsilon, one of the college's sororities. Harrell is certain this is where they will draw the line and explain that they're not, you know, actually TKEs, but Rodgers is defiant. "There is no way in the world we're missing this," he tells Harrell.

Rodgers was all in at this point so they both showed up to the party and started playing drinking games. Imagine Aaron Rodgers just showing up to your party and hanging out like he's one of the guys? I'd faint on sight. Reminds me when Steph did that in Newport and crashed someone's party. I eat those stories up. Just show me a big time athlete being normal and I'm in. Let me live vicariously as one of the normal people at this party and I'll be happy for like 20 minutes before going back to being depressed. Well aside from playing flip cup, Rodgers and Harrell also engaged in a TKE ritual to crown the queen. Ummm what now?

As part of the ritual, all of the brothers in attendance get down on a knee and sing a song while holding up one hand, as if offering the queen a flower. Harrell has no idea what is going on. He spins around and realizes he is suddenly surrounded by a bunch of teenage boys kneeling and shouting verses to a teenage girl who is up on a stage, and he assumes that now, surely now, is the moment when he and Rodgers -- two professional football players who are, again, grown men -- will finally make their exit.

Except then he looks to his right and sees Rodgers down on one knee with his hand up.

"This isn't even real life, bro," Harrell says to Rodgers, who gestures wildly for Harrell to get down beside him. Harrell sighs and kneels next to Rodgers. They raise their hands. They mouth words to a song they do not know. The queen is crowned.

Graham Harrell must have thought he had been seeing things while this is all going on. First thought, thank god this wasn't one of those insane fraternities that does some weird shit during their mixers. I've heard stories with animals that just are unpleasant to the human brain. Rodgers and Harrell could have found themselves in a pretty awkward spot if luck wasn't on their side. They went along with the ritual, serenaded some sorority girls, and called it a night. Just a few NFL QBs partying at a random college so a joke could keep on living a little longer. What a world.

I love how much this story is going to piss off the Rodgers-hate crowd. How can you hate this guy? You cannot, unless you're a member of his family in which case you stink anyways.