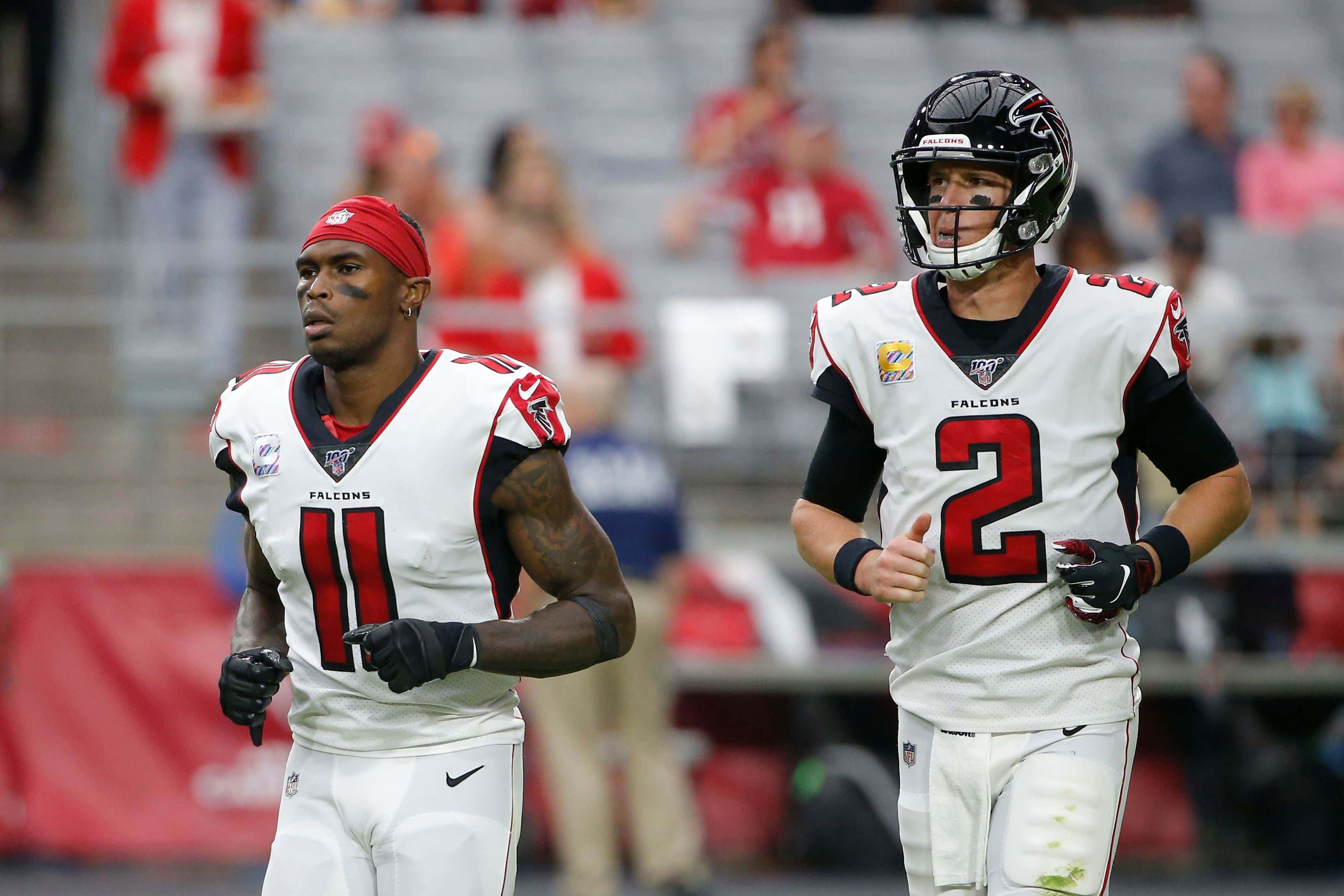 ESPN — Atlanta is not the appealing job it was two years ago, however. This has the makings of a near-complete teardown, with some people around the league openly wondering whether quarterback Matt Ryan or even wide receiver Julio Jones will be shopped at the Nov. 3 trade deadline (their contracts would make that extremely difficult).

In ESPN's coaching carousel piece released Tuesday, Dan Graziano and Jeremy Fowler mentioned one piece of news that would certainly be among the biggest transactions in recent NFL history if one — or both — was to happen. The piece mentioned that, while unlikely, the Falcons might look to shop Matt Ryan and Julio Jones, seemingly in an effort to stockpile draft picks for the next general manager and head coach.

Let me go on the record and just state my position on these hypothetical trades as staunchly against, virtually regardless of what the return would be — you might get a nice haul for Jones, but Ryan would almost certainly be undervalued in any trade. And as is mentioned, the money owed to both and the dead cap space Atlanta would have to eat make moving either player difficult, but that apparently hasn't stopped those in league circles from wondering if they have a shot at them.

Have the good people of Georgia seriously not been through enough? Just having to tell people you're a Falcons fan is embarrassing enough — hell, the fact any even exist after everything those clowns have pulled is a miracle — and now they're going to take the two players who could at least give you a chance of early success under a new regime and get rid of them to become the Southern Jets for a while. The least the Falcons owe to their fans is to have those two future Hall of Famers play their entire careers in Atlanta.

Please do not trade two of the five best players your franchise has ever had while they still have several years of production left.