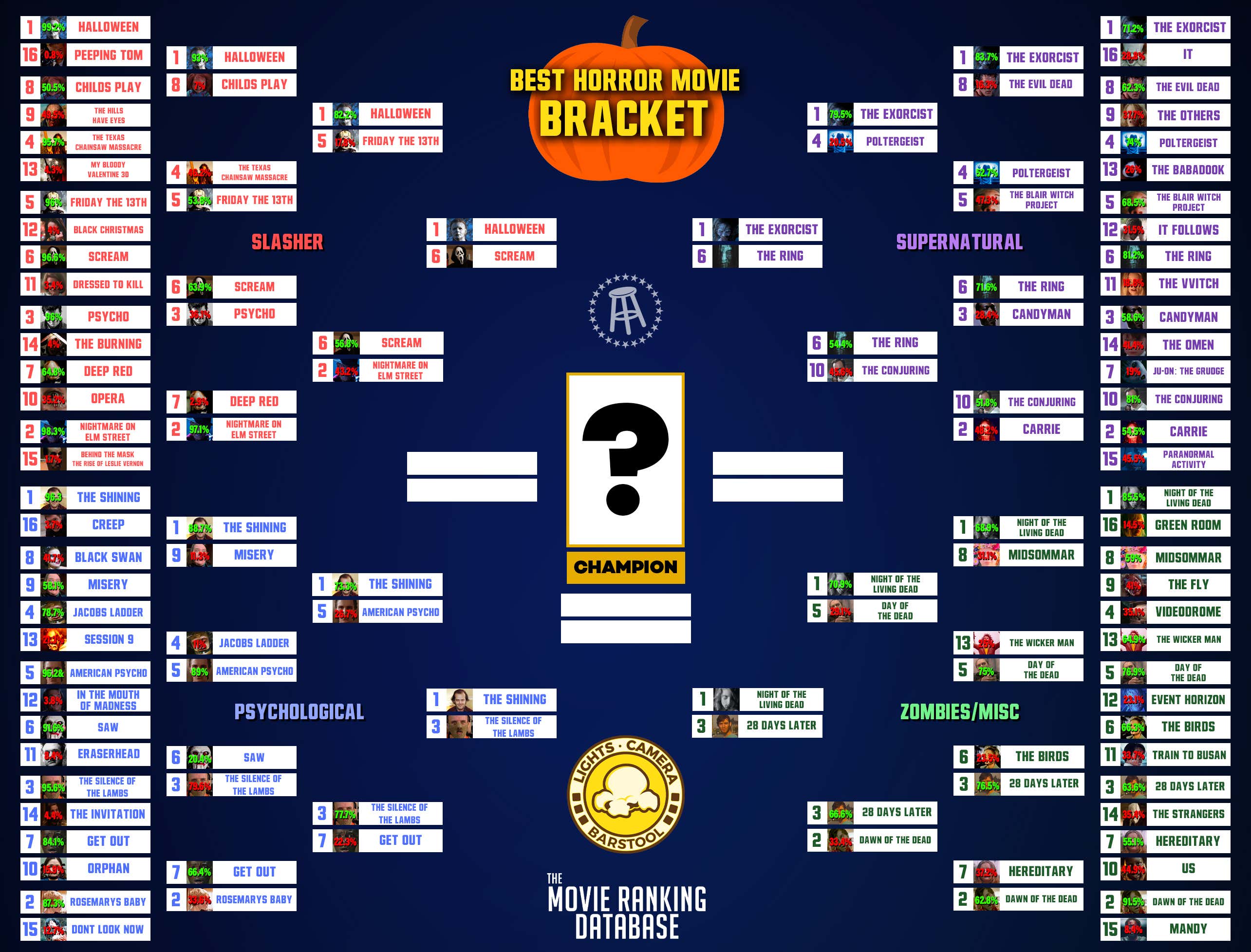 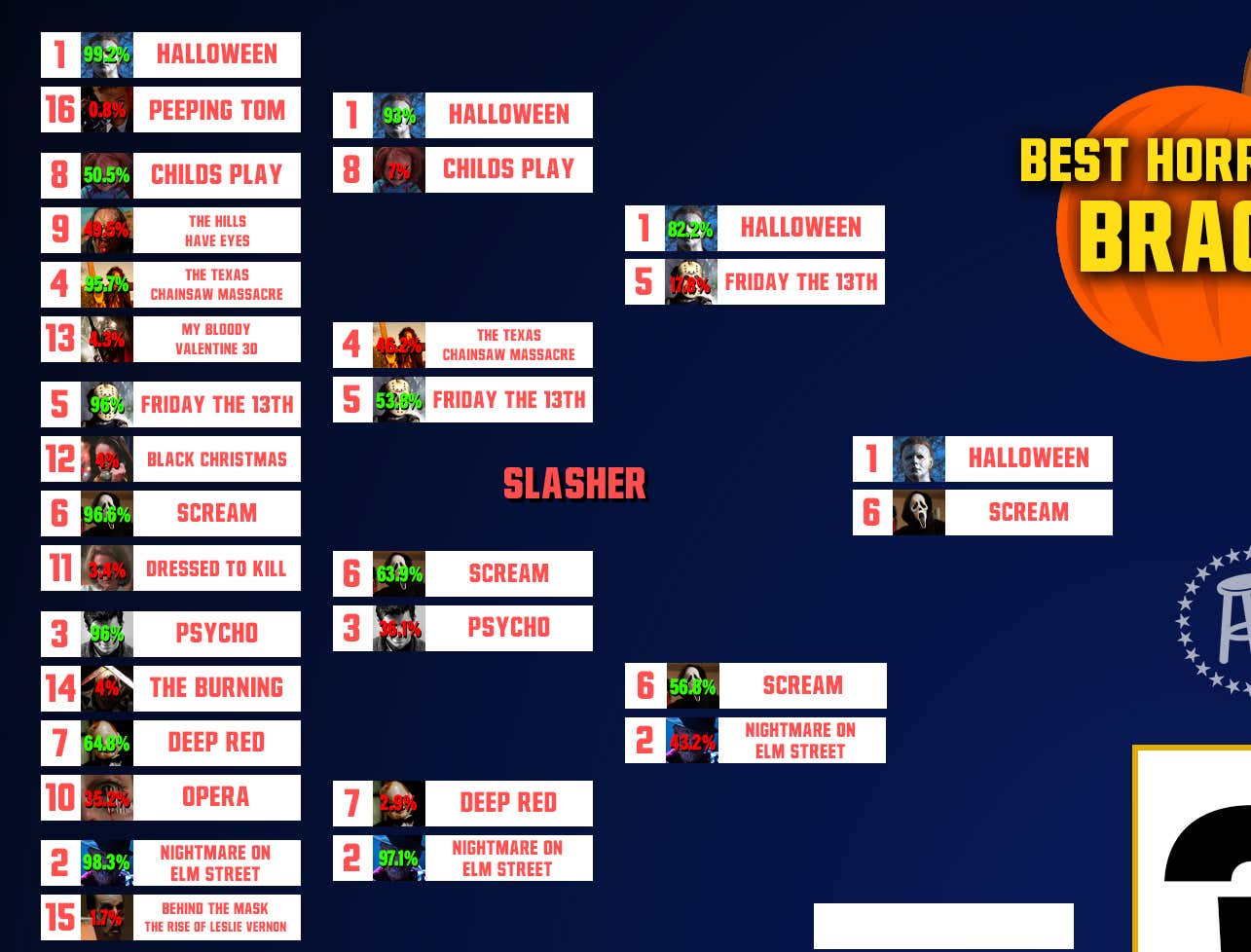 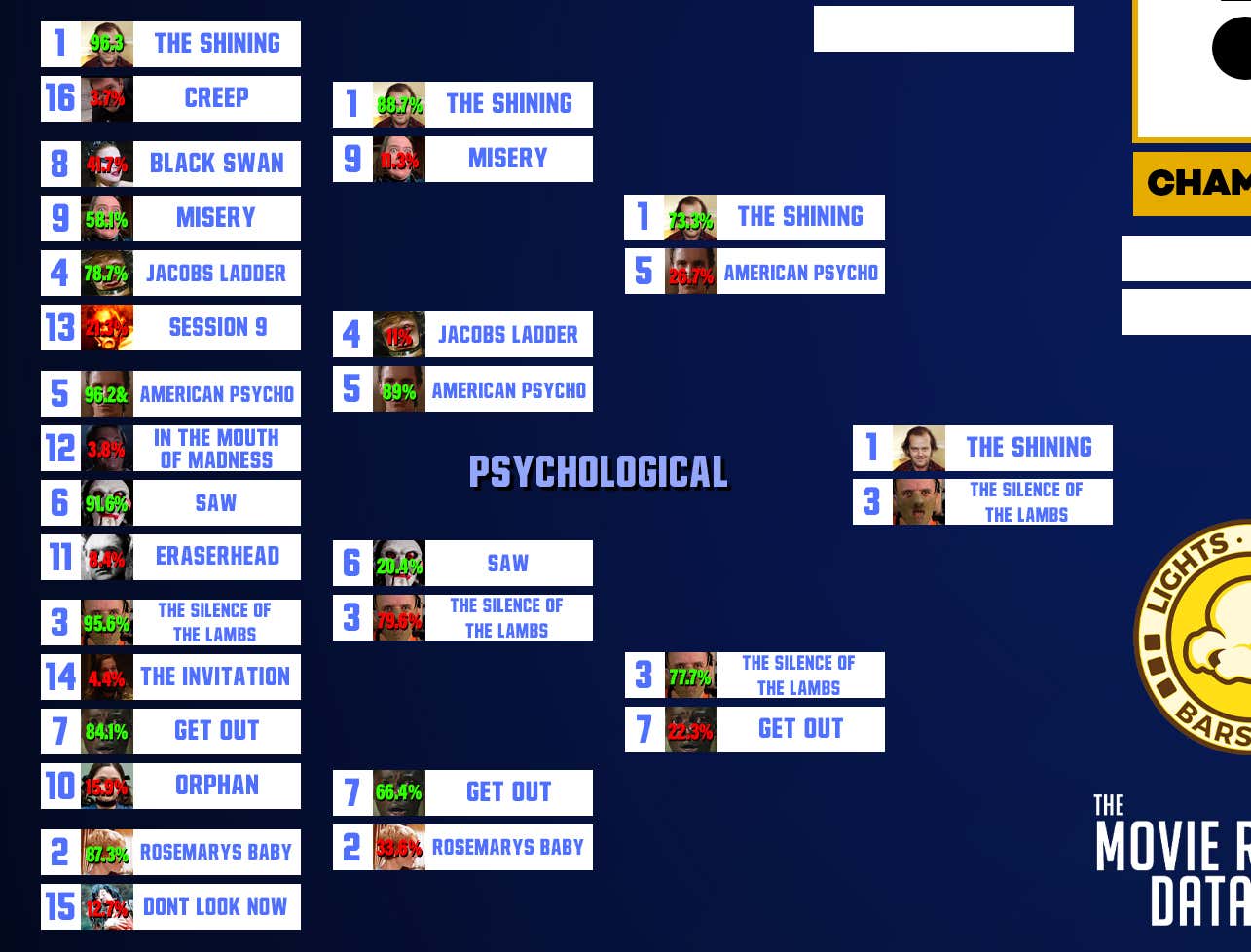 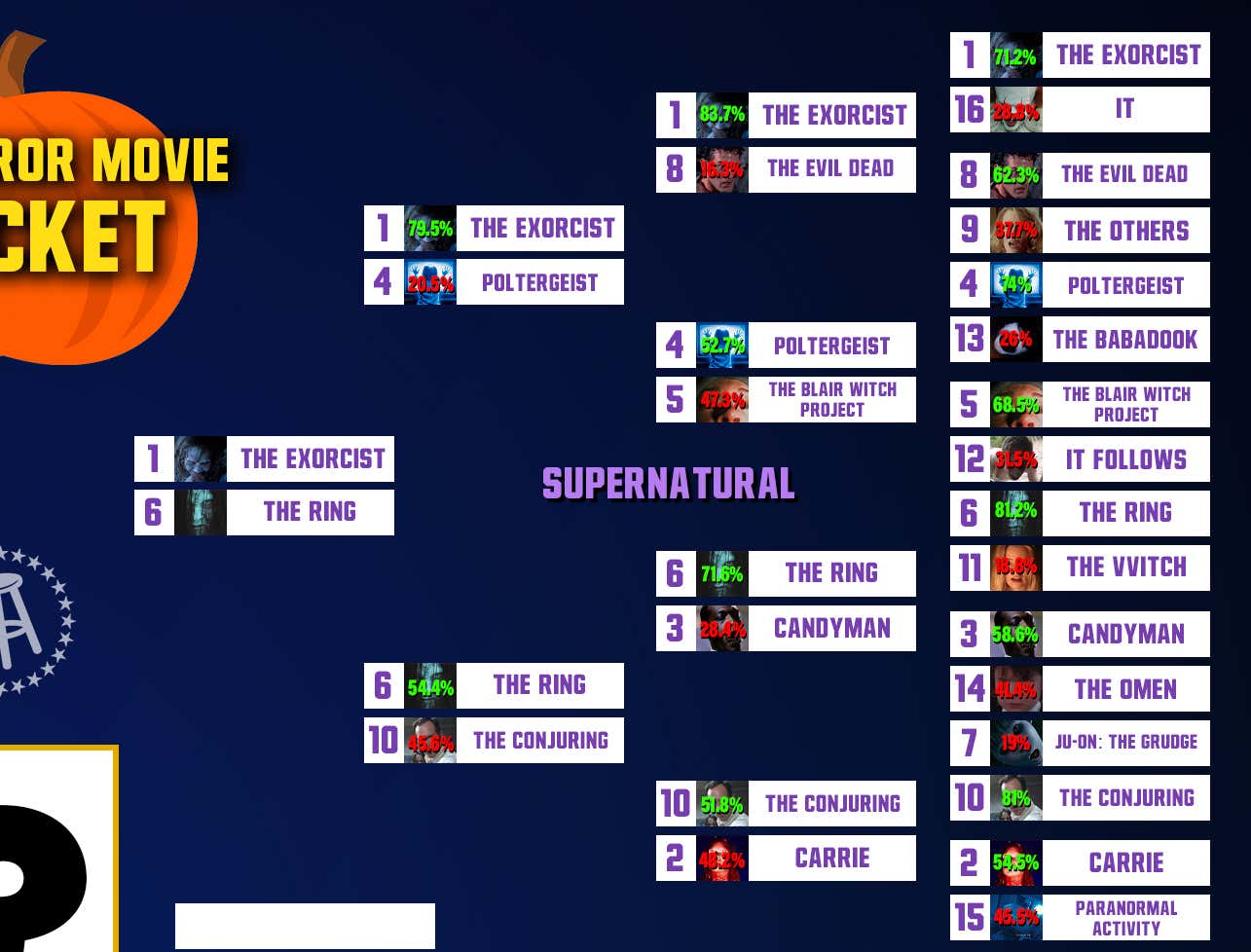 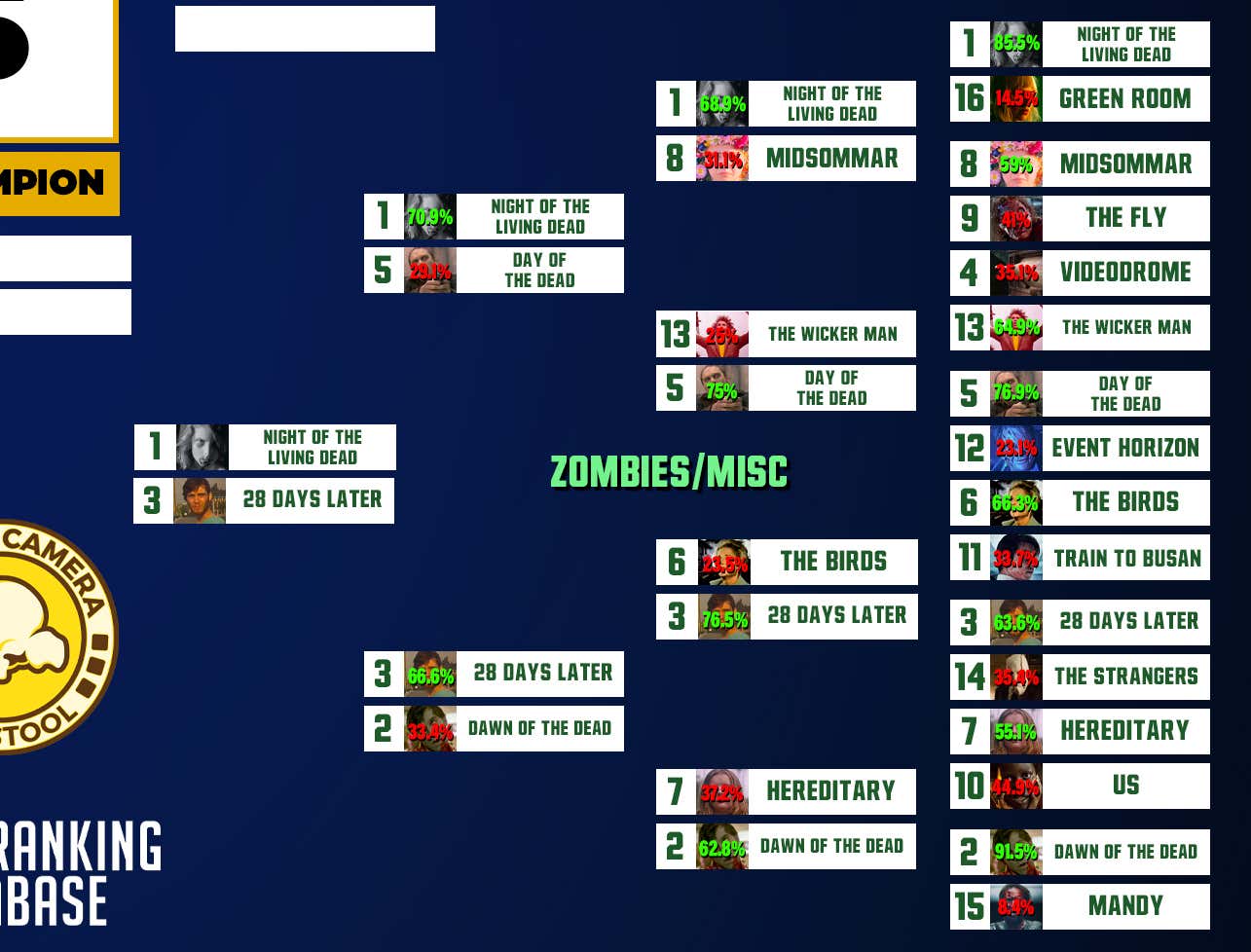 One thing that has surprised me a lot is how much people really do love 'The Conjuring'. I always thought it was one of the better second tier horror movies of the last few decades for sure, but better than the original Grudge? 'Carrie'? And nearly defeating 'The Ring' which basically gripped every one of our souls for a 2 year period when we were younger? Kudos to my king Patrick Wilson for that Cinderella run.

'Scream' is also doing some great numbers, beating out Freddy Krueger for a matchup against Michael Myers. 'Night of the Living Dead' is also suprising me yet again. It's one of those movies that I think most people have heard of, but not a ton have seen. It's one of the most iconic movies in horror, and spawned it's own sub-genre that probably has the single biggest market share out of every horror sub-genre. So I have no problems with that W, but the scene in 'Day of the Dead' where the guy gets his head pulled off and his scream gets higher pitched as his vocal chords get stretched out? Fucking A, man.

You can vote below or by clicking HERE.