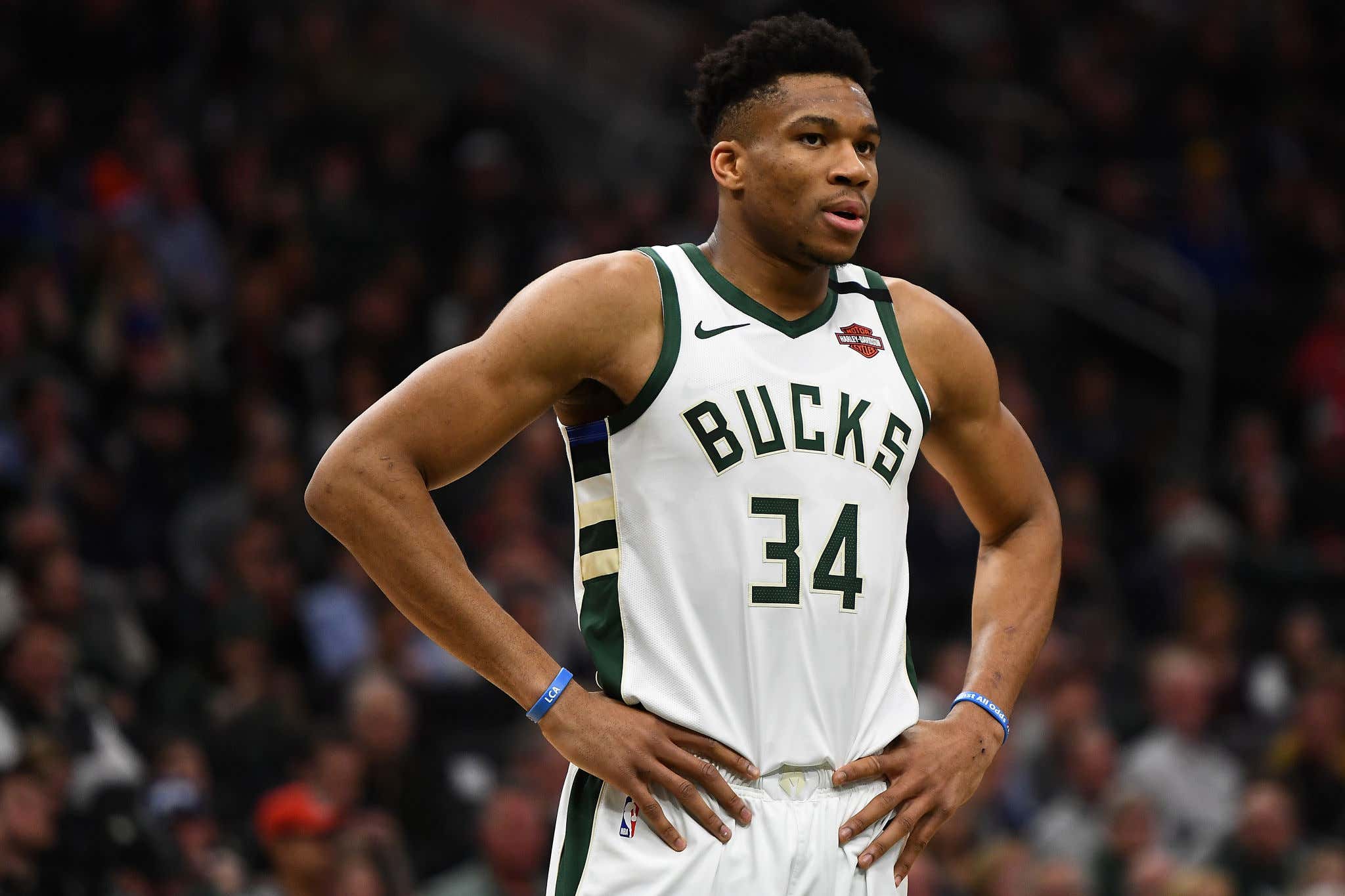 (ESPN) - Multiple sources have emphatically said Milwaukee will not look to trade Antetokounmpo if he passes on the extension. Instead, the Bucks will try to improve their roster and use the next year to show Antetokounmpo why he should stay.

Waiting would give Antetokounmpo maximum leverage over Milwaukee over the next 12 months. If the Bucks are willing to add to their payroll to improve the team -- something ESPN's Adrian Wojnarowski has reported they are -- Milwaukee could chase a significant upgrade in trades (despite being short on prime assets).

Listen, I don't want to tell the Bucks how to run things over there in Milwaukee, but if Giannis turns down his early super max extension not trading him would be a massive mistake. It's a tricky situation no doubt, because the second he decides to not opt in the Bucks lose a shit ton of leverage. Unless you are a destination that knows Giannis will re-sign after the trade is complete with a little wink wink agreement, you aren't going to offer a king's ransom. If the Bucks don't trade him and wait until the deadline, they lose even more leverage. It's the same situation as Anthony Davis. The Bucks would have a similar issue when dealing with other teams. Why give up a massive package when you could just wait until free agency? Would you gut your team early in order to pull the trade off, or just wait until he hits the open market and all you have to give is money? Depends on the location. If the Heat know Giannis is opting out in MIL and wants to go to MIA, maybe they wait. The Lakers window with LeBron was a unique situation where they had to do something immediately. The Heat are in a little different spot.

As we just saw with the Lakers, they knew AD was going to sign a long term extension in LA and they had to win right away for LeBron, so putting together that massive package was worth it. There was nothing to worry about. For Danny Ainge and the Celtics, it was the exact opposite. He knew AD wasn't going to stay, so he couldn't afford to gut his roster. Imagine if the Pelicans didn't trade AD a year early and were left with nothing? That is how you destroy your franchise, especially being in a small market. Last time I checked MIL isn't exactly a hotbed for free agents. At least not the ones that are of Giannis' caliber.

Even if you think the best you can do is 85 cents on the dollar, you have to pull the trigger. Because unfortunately the reality is if Giannis wanted to stay in MIL then he would sign the extension. Adding fringe pieces isn't going to be the make or break factor. It's not like they are loaded with assets to bring in an elite blue chip guy either. You can't expose yourself in a sense where you could add whoever Giannis says, then you still get bounced early and he leaves anyway. If that happens you're really fucked.

Unfortunately, this is just the reality of life in the NBA in 2020. If your star player doesn't sign his extension with that final year left and can hit the market as an unrestricted free agent, you pretty much have to move him. Unless you live in a city that can lure a free agent with ease, but that's like 3 or 4 NBA cities. For almost everyone else, you have to get the biggest possible return. It sucks, the super max should prevent stuff like this for small market teams, but if a player like Giannis/AD wants out, you have to cash in on that chip and hope the rebuild isn't a complete shitshow.

I certainly do not envy those in the Bucks front office. None of this matters if Giannis signs his extension, but if he doesn't you have to either bite the bullet and trade a historic player, or run the risk he leaves you with nothing. That is quite the matzah ball.