Has anyone had a better 2020 than Vin Diesel? The world is burning down around him and he's thriving. First he lost the weight, then he debuted a hit single on The Kelly Clarkson Show...

And now he's wiggle-dicking with the internet's elite. And to think people thought he peaked after Fast & Furious 13. Lol.

The crazy part is I'm sure these guys have no idea who Vin Diesel is. To them he's just a bald dude with an outrageously low voice chillin on the beach. They don't know that he called out Brian O'Connor for granny shifting instead of double clutching like he should or that that he lives his life one quarter mile at a time. I'm sure they have no idea about how much he loves Corona beer either. Like I said earlier, to them, he's just a guy. Which is fine because Vin looks like he's having fun and that's all that matters. He even gave us a thumbs up towards the end of the Clip... 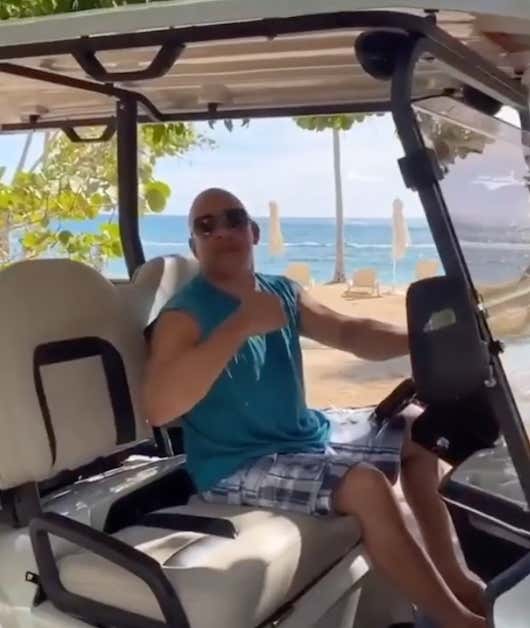 2020- what a time to be alive. Congrats on breaking into the TikTok world, Dom. I'm sure you're gonna crush it.