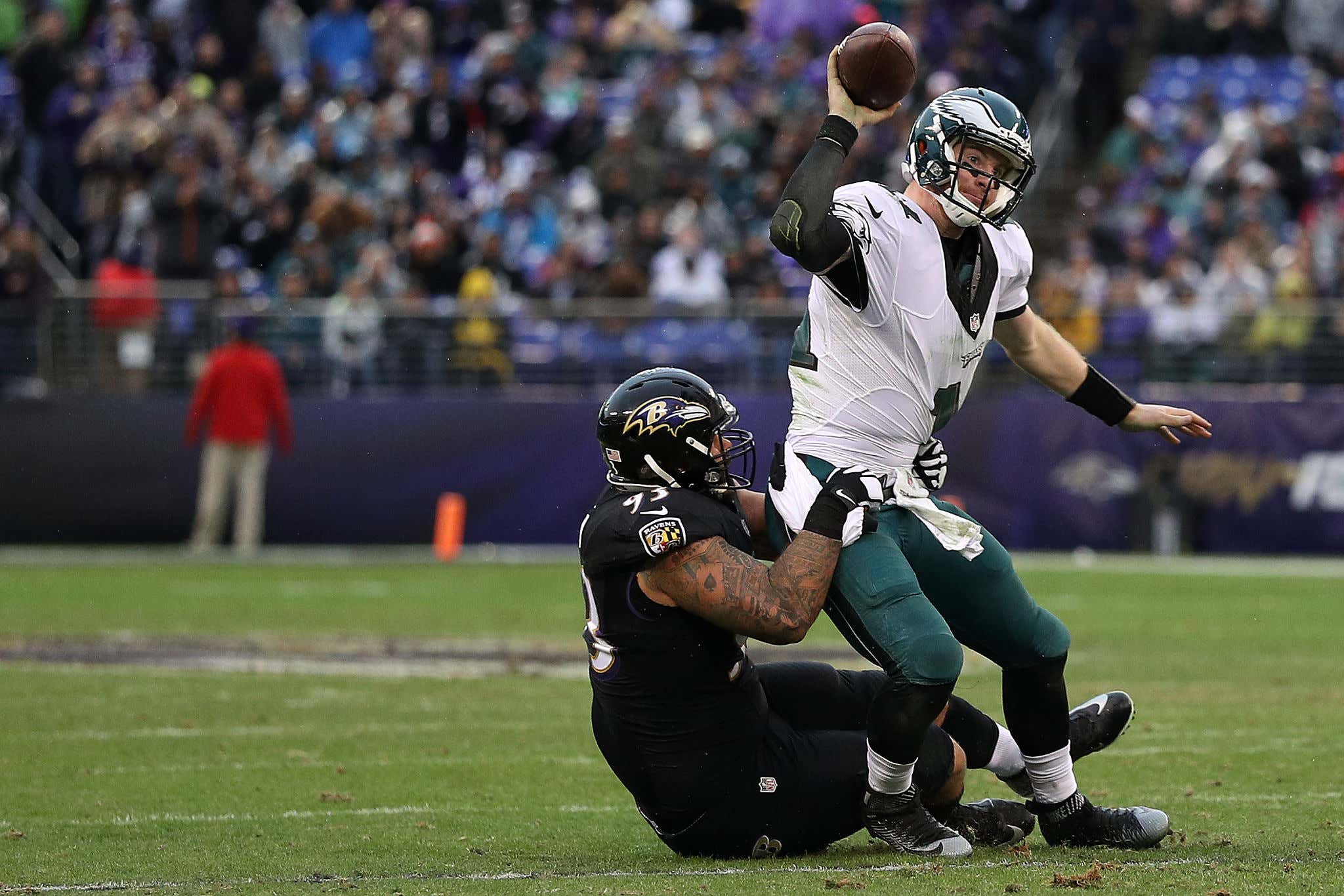 Gameday in Philadelphia. Another weak NFC East opponent as the Ravens look to move to 5-1 heading into the bye week.

The Ravens come into this game playing much better than people might realize. They lead the league in point differential by a solid margin and are averaging 14.6 points per game more than their opponents. Extrapolate those 5 games over a full 16 game season and that's a +233 point differential. Only 22 teams in the history of NFL football have played at a point differential level that high, and it's not a far cry from the Ravens' +249 number from last season.

Why does this matter? Any numbers guy will tell you that point differential is one of the best indicators of future success in any sport. The NFL is no different. All the indicators say that this Ravens team is playing at a very high level. If you're a DVOA guy, you'll find that the Ravens are #1 in the league in that too. All of these are reasons why they're 10 point road favorites in Philly today.

With that said, the Eagles are a bit of a live dog. Despite a 1-3-1 record, they've competed hard despite a rash of injuries across multiple position groups. They're basically without a receiver who has accomplished anything in this league. A few weeks ago Travis Fulgham had a better chance selling popcorn at the Linc this week than he was being a top receiver for this team. And in spite of all of that, they've made their opponents earn their keep, including somewhat staying in the game in Pittsburgh last week. On top of that, we all know Carson Wentz can do damage when he's on. We haven't necessarily seen that guy in a long time, but somewhere within Carson Wentz is a guy who can show up on a given Sunday and put on a show. For that reason, the Ravens have to keep their ears perked up.

On the offensive side of the ball I'm hoping to see the Ravens start to find their way in the passing game. It seems as though the Ravens are trying to manufacture passing game situations once they secure a comfortable lead. It's frustrating many in Baltimore that the Ravens aren't just pounding the football to close out games, but it makes some sense if you think about it. If they just shove it down teams' throats for the rest of their schedule, what are they doing to improve and be better prepared for situations like those Chiefs and Titans losses? It's only frustrating to me that Lamar isn't connecting on some of these throws downfield that he was last year. I'm hoping that changes today, because he is certainly due to hit a big throw over top. I'm thinking Hollywood gets one today.

Anyways, despite the laudatory things I've said about Wentz and the Eagles, I would still be shocked if the Ravens don't win this game comfortably. Wentz just hasn't been good all season, and this secondary is a bad matchup for him. The Ravens D thrives on mistake prone QB's and Wentz has been a turnover machine all season. If he loses track of where #24 is in white today, he's going to pay the price. That and I just think the Ravens move the ball with more than enough ease to coast to a win today. The Eagles very well might win the NFC East, but today is not their day.