This Cleveland Browns preview is presented by Skyhio. Delta 8 THC derived from hemp. It’s a one of a kind ride, Delta 8 THC gives a more clearheaded and uplifted feeling compared to Delta 9 THC. All products use hemp extracts and terpenes legal under the 2018 farm bill. All orders ship first class USPS and shipping is free on orders $99+.

Head to Skyhio.com and check them out. Thank you to Skyhio!
--
For the first time in a long, long time (13 years) the Browns and Steelers will square off with winning records.

Today's game is a weird one for Cleveland as they come off of a massive victory against the Colts that catapulted them from "pretender" to "contender" for many people.

I am here to tell you, the pessimist that I am, that today's outcome won't have a massive impact on my feelings about this team.

The 2020 Cleveland Browns football team is good, I am confident in this statement. Are they elite? No. But this is a good football team when healthy, and still possibly a good team when hurt. But right now, they are simply far too ravaged with injuries for me to have my usual hot take following the game.

If they win? Well, shit, that's massive! They beat a great team while missing, what seems like, half their roster. If they lose? Tough, regroup, get healthy, and beat this team later in the season.

Now, if they turn around and then lose to the Bengals next week, I'll be singing a quite different tune. All I am saying here is that my fellow Browns fans should not fret if they don't leave Pittsburgh with their first win at Heinz Field in 17 years today.

Yup, 17 years, that's the last time the Browns won in Pittsburgh. I have played the clip before in these Browns preview blogs, but why not do it again…

It was a shit-pumping, led by Tim Couch, in a Browns season filled with disappointment following a blown 17-point lead the year before in the Wild Card round in Pittsburgh. This is also the only time the Browns have won at Heinz Field. You could also say that this directly led to the Steelers drafting Ben Roethlisberger.

Basically, a lot is on the line today, historically speaking.

Why not toss out a good clip, though? Another one I have used in these blogs before, but the last time the Browns faced the Steelers with a winning record in Pittsburgh was 2007, another game with Jim Nantz on the call. It featured Josh Cribbs executing possibly my favorite Browns play of my lifetime…

Unreal, still to this day!

I keep splitting my picks, and I am confident I will do it again!

This is a tricky line, I probably advise staying away, but I have to lean Steelers with dropping down to -3 right now. I do think the Browns keep it close, but the defense won't have enough gas to hold off Big Ben. Which leads me to my next point that this team will surely give up enough points, same with the Steelers' defense, to eclipse the Over.

Even the fucking punter is injured!

I'll get into the importance of Wyatt Teller in a second, but his loss is the biggest of the day outside of Nick Chubb.

As for the defense, I just don't even know what to say anymore. You could argue there is a trade-off with the return of Larry Ogunjobi as Ronnie Harrison Jr. goes down, but this secondary is going to look invisible to Big Ben today.

Baker is also hurt today, which makes this quote awesome…

I know people want to read into the comments, but what Heyward said makes obvious sense and they are, rightfully so, going to be after Baker all day.

The injuries are the biggest storyline for the game today, and the Steelers are carrying a few as well, but the Browns are hurt and will need to dig really deep to break the Heinz Field losing streak.

NOTE: The Steelers are without Diontae Johnson and David DeCastro

This offense is really good. 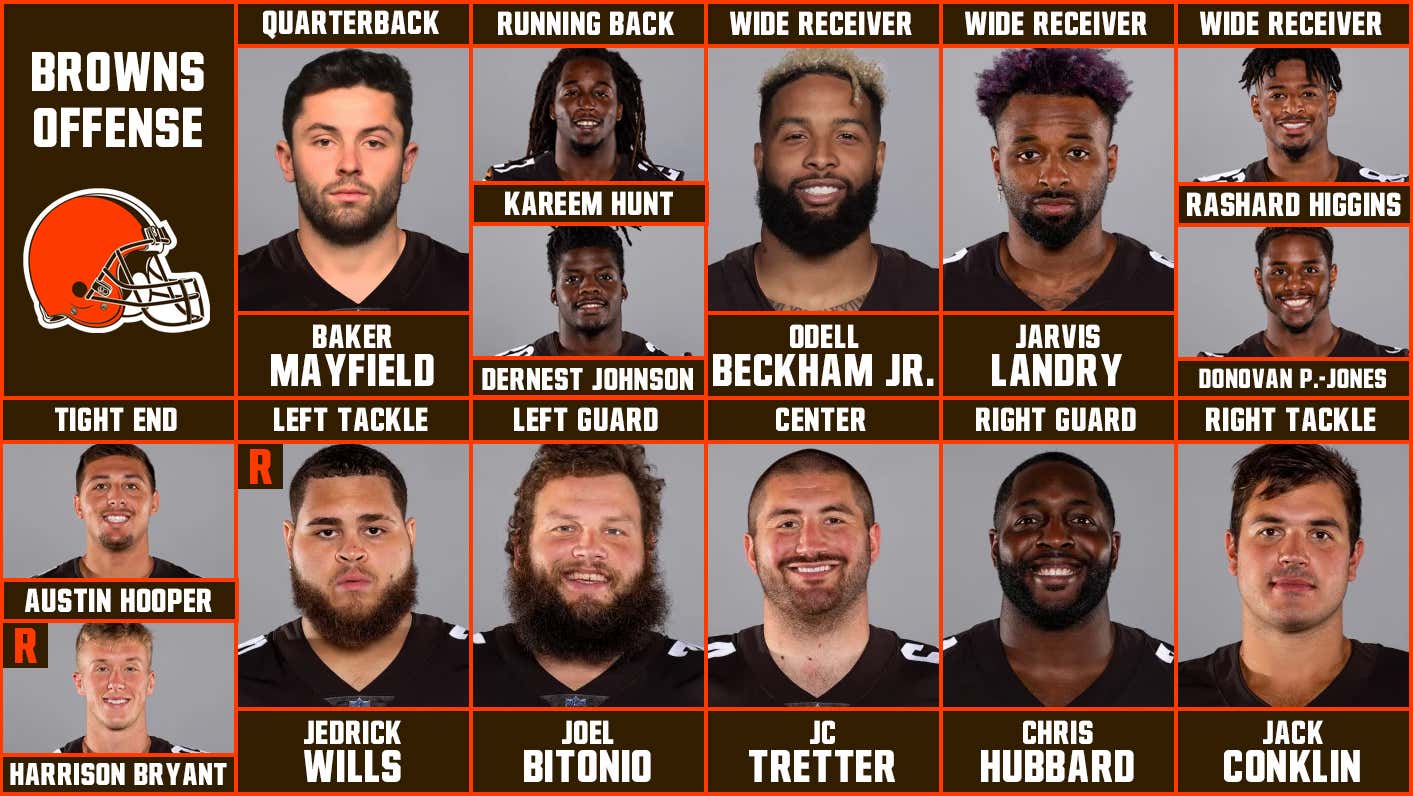 But can they remain good against a tough Steelers defense line and with the absence of Wyatt Teller?

If you aren't a Browns fan, you might be asking, who?

Wyatt Teller has been the star of the Browns' offensive line, a group that has become one of the best in the NFL.

He has been elite. As good as any lineman in the NFL, and Chirs Hubbard, former Steeler, has big shoes to fill today. It's worth noting that, while the Browns weren't great on the ground against a tough Colts rush defense, Hubbard had possibly the biggest block of the game as they sealed their victory…

Despite the one nice play, I'd be lying if I said I felt comfortable about Hubbard against T.J. Watt and company.

The Browns are going to pound the rock with Kareem Hunt and D'Ernest Johnson, and it should dictate how they fare today, at least early on. Stefanski has done a masterful job at setting the tone in the games, last week he tried to let the pass open up the run, and you know he will have something up his sleeve again this week. But they will need to have some success on the ground today if they want to control their opponent again and not play from behind.

It also goes without saying that we are going to need the Baker Mayfield we saw from the first half last week. He played an accurate and efficient first half vs. Indianapolis but struggled in the second half in helping the Browns put the game away a few times.

Can't be making these throws.

Eventually, Baker is going to have the ball in his hands to come back and win the game, as opposed to closing it out, and he will need to be great. He did it last year against a great Bills teams, so he has it in him, but he will need a great overall game regardless today.

I'll save my full comments on the Steelers defense below…

You know my feelings on this defense… 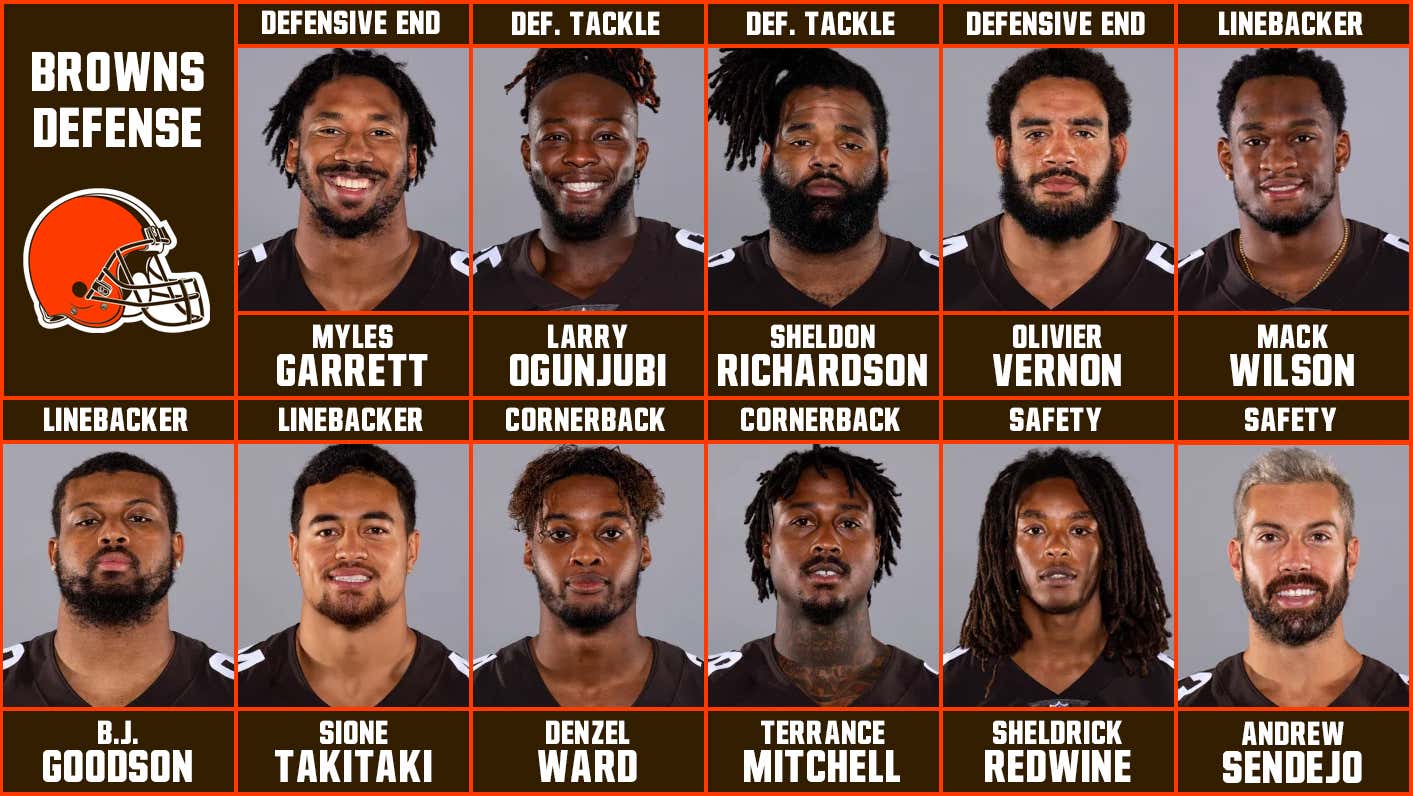 But let's talk about the only thing anyone is thinking about…

It's a big day for Myles Garrett. He knows it. The Steelers know it. Everyone knows it.

But today he is 1) going to face a heated Steeler team, no matter what Tomlin says, and 2) is going to need to be as good as ever.

The secondary is a wreck, and they aren't facing Philip Rivers this week. With the return of Larry Ogunjobi and a fully healthy front four, including rotating in Adrian Clayborn, the Browns are going to have to get to Big Ben for any chance whatsoever today.

Pittsburgh will score their points, but Myles Garrett and the pass rushers are going to need to bring that winning edge today.

NOTE: While this defense is a nightmare, they do force a shit load of turnovers…

One or two of those might not be all that bad to have today!

It's T.J. Watt and the Steelers defense vs. the Browns injured offensive line.

The pass rush for the Steelers is a fucking problem. They could have four injuries and still be the best in the NFL.

A fully healthy offensive line would have me feeling okay about the Browns today, but I just am not sure Chris Hubbard won't be a fucking human saloon door today against Pittsburgh.

They have to keep Baker on his feet, healthy and feeling comfortable.

You want some context for the Browns' losing streak in Pittsburgh? The last time the Browns won there, there were only FIVE Star Wars movies…

'Attack of the Clones' was the most recent release back then and we were just starting to realize George Lucas might not have it anymore.

A healthy Browns team walks into Pittsburgh and gets a win today. Unfortunately, they are far from healthy.