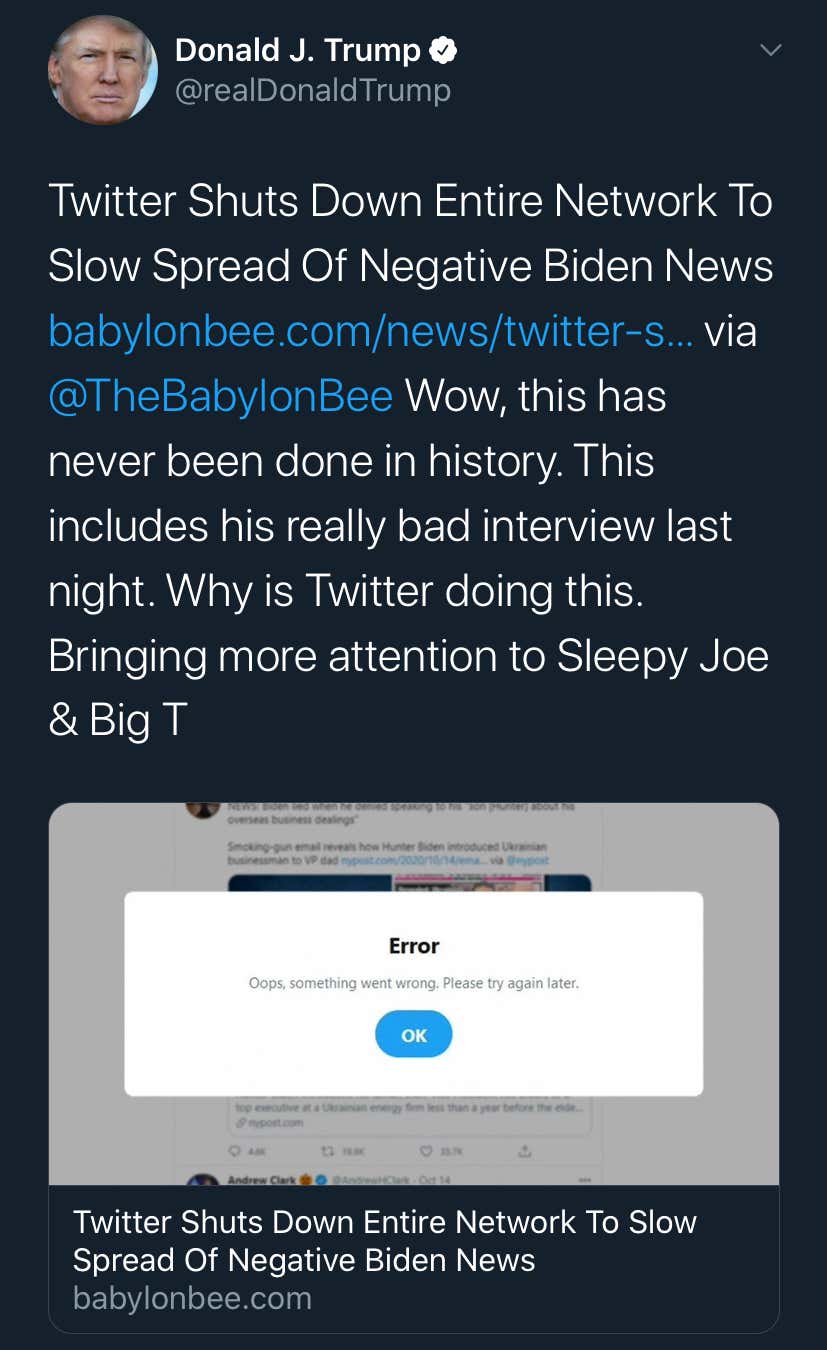 In all honesty, this should make us all feel a little better. If the person with the world’s greatest intelligence force working for him can be tricked by the internet, we all can especially before we’ve had a tall glass of coffee.

I remember the first time I was tricked by the internet working here. It was a video of a hawk circling a pond while a family ate their picnic lunch. *Ashley Schaffer voice* All the while, the hawk was circling the picnic looking at a snake to eat. He grabs the shake and tosses it on the picnic havers!

The video was a fake. People called me JMac. It was embarrassing. My only regret? My only regret is that I didn’t have a presidential example of gullibility to fall back on. Sure, I could have gone with George W thinking there was WMDs in Iraq but that one kinda falls on the intelligence community more than Bush.

Chin up, Mr. President. It doesn’t have to be real to be good. Take this shampoo video as an example.

I hope Eric and Don Jr don’t see momentary embarrassment but as for Barron, let the boy watch.