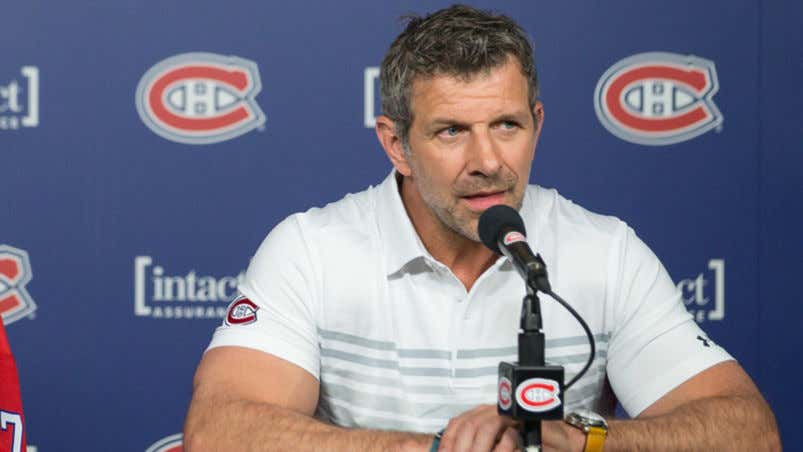 Take a look at those arms real quick. We're gonna get a few more glimpses of those pythons later in the blog but just soak 'em in right now. Marc Bergevin is absolutely yolked. Dude eats weights for breakfast, crushes some iron for a mid-morning snack, devours some more weights for a late lunch, and then goes to town on an entire buffet of weights for dinner. Care to take a guess of what's on the menu for dessert? More. Fucking. Weights.

Just look at this beast. 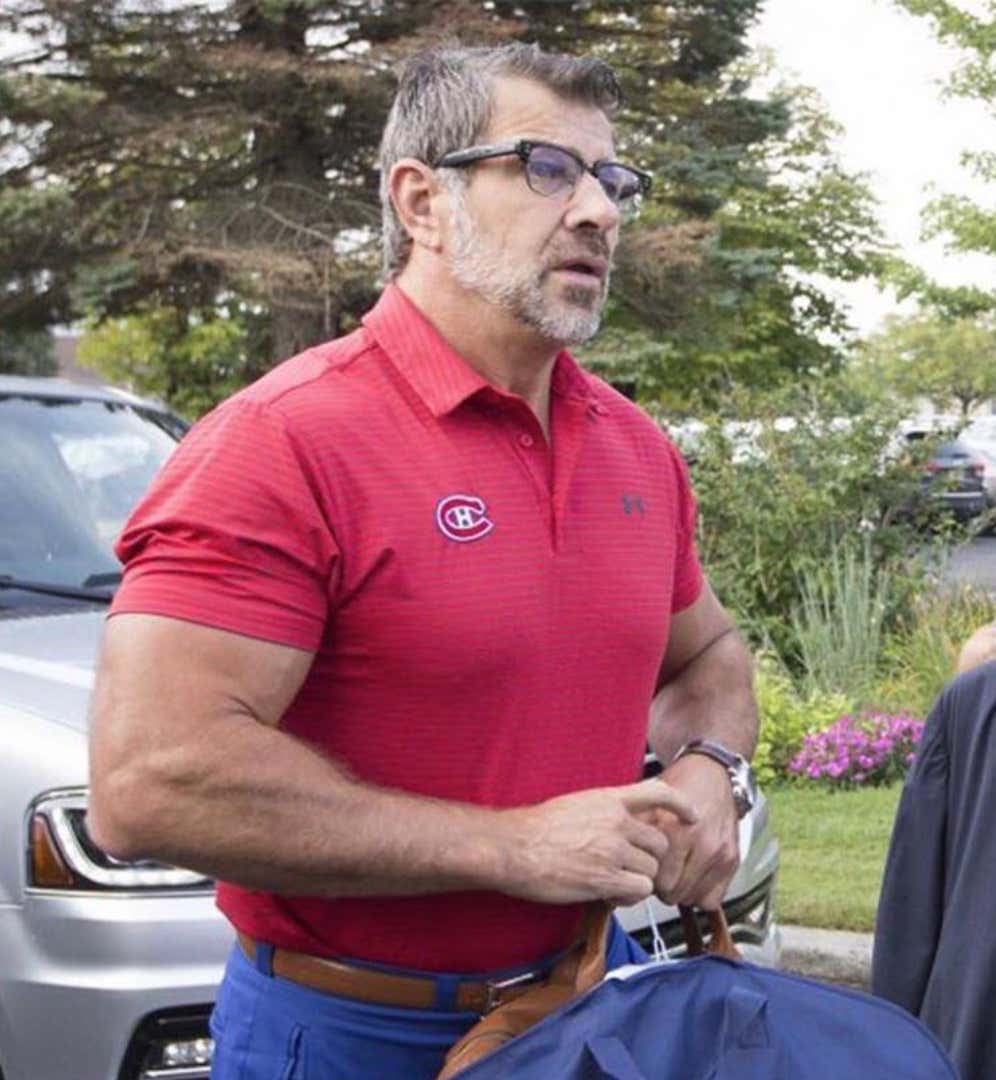 But because of this goddamn coronavirus, so many gyms around North America are still closed right now. How in the actual shit is Marc Bergevin supposed to get his pump on if he can't go to the gym? You want this boulder of a man to just pivot strictly to cardio? Get real.

So instead of spending every waking moment of his life in the weight room just making a complete mockery out of the bench stations, MB has been in his office being a total menace on the league transaction wire.

Let's do a quick little rundown of everything Bergevin has been up to these past few weeks. First off, the Habs traded for Jake Allen over Labor Day Weekend for a 3rd and 7th round pick in the 2020 Draft. Not only does Jake Allen provide some reliable backup duty for Carey Price but he gives Cayden Primeau a little more time to develop into the full-time backup role. And just the other day, Bergevin signed Allen to a 2-year deal which clearly has Seattle expansion on the mind.

Obviously that wasn't the only trade that Marc Bergevin was going to make this offseason. This dude is addicted to trades even under normal circumstances. But you take his gyms away? He's going to trade like a complete and total mad man. So a week or so later, the Canadiens traded a 5th round pick in the 2020 Draft to Carolina in exchange for Joel Edmundson. The 2nd member of that 2019 Stanley Cup Champion St. Louis Blues team that Bergevin picked off this offseason. Bergevin then signed Edmundson to a 4-year, $3.5M AAV contract extension.

So a trade on September 2. A trade on September 16th. It seemed like Bergevin was working on a biweekly payday schedule. So a couple weeks later, this man goes out and he trades Max Domi and a 3rd round pick in the 2020 Draft to Columbus in exchange for Josh Anderson. For those keeping track, Bergevin traded Max Domi plus two 3rd round picks, a 5th and a 7th in the 2020 Draft. He turned it into Jake Allen, Joel Edmunson and Josh Anderson. He's got a thing for guys whose names start with "J". And oh yeah, he signed Josh Anderson to a 7-year deal with a $5.5M AAV cap hit.

2-year deal for Allen. 4-year deal for Edmundson. 7-year deal for Anderson. That's a pretty busy offseason for any GM around the league. But it's not nearly enough for Marc Bergevin. I mean look at this dude. You can't take the gym away from him and expect him to just sit at home watching Netflix. 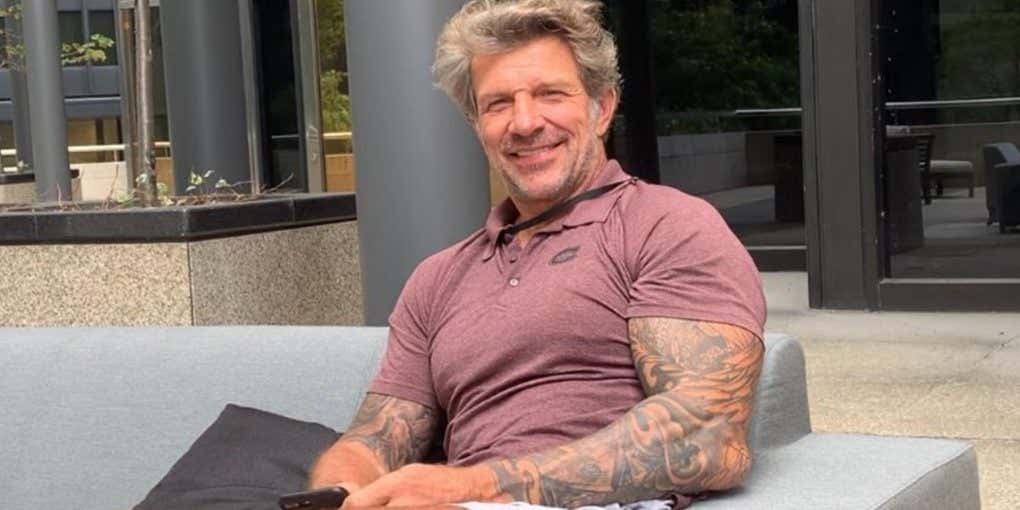 So now let's go back to just this current week. We already mentioned that Bergevin signed Jake Allen to a 2-year extension a couple of days ago. On that same day, Bergevin was able to lock up future Habs captain and one of the biggest shit stirrers in the league, Brendan Gallagher, to a 6-year deal.

Brendan Gallagher is a proven 30-goal scorer in this league. He's also future captain material. He could easily bring in $8M on the open market. So 6-years at $6.5M is a big time steal for Bergevin. That extra milly and a half is definitely going to make it easier to get Phillip Danault to the price that he wants whenever that next contract comes in.

And oh yeah. While the Habs brought in a couple of Stanley Cup winners with Allen and Edmundson, Bergevin also managed to go out there and sign another former Cup winner in Tyler Toffoli on Monday to the tune of 4-years, $4.25M AAV.

But yeah. It's been a pretty busy offseason for Marc Bergevin. It would have been regardless just because that's the way this man operates. But even more so when you take his precious weights away from him. You mess with this man's biceps and he has no other option but to just terrorize the entire league with transaction after transaction after transaction. Get ready for some really good Montreal Canadiens teams to close out these last few years with Price and Weber.