Clayton Kershaw got the ball tonight in Game 4 of the NLCS with a chance to even the series up and fully swing the momentum on LA's side. For a while he looked fantastic and was pitching with a lead, but then of course Playoff Kershaw happened. 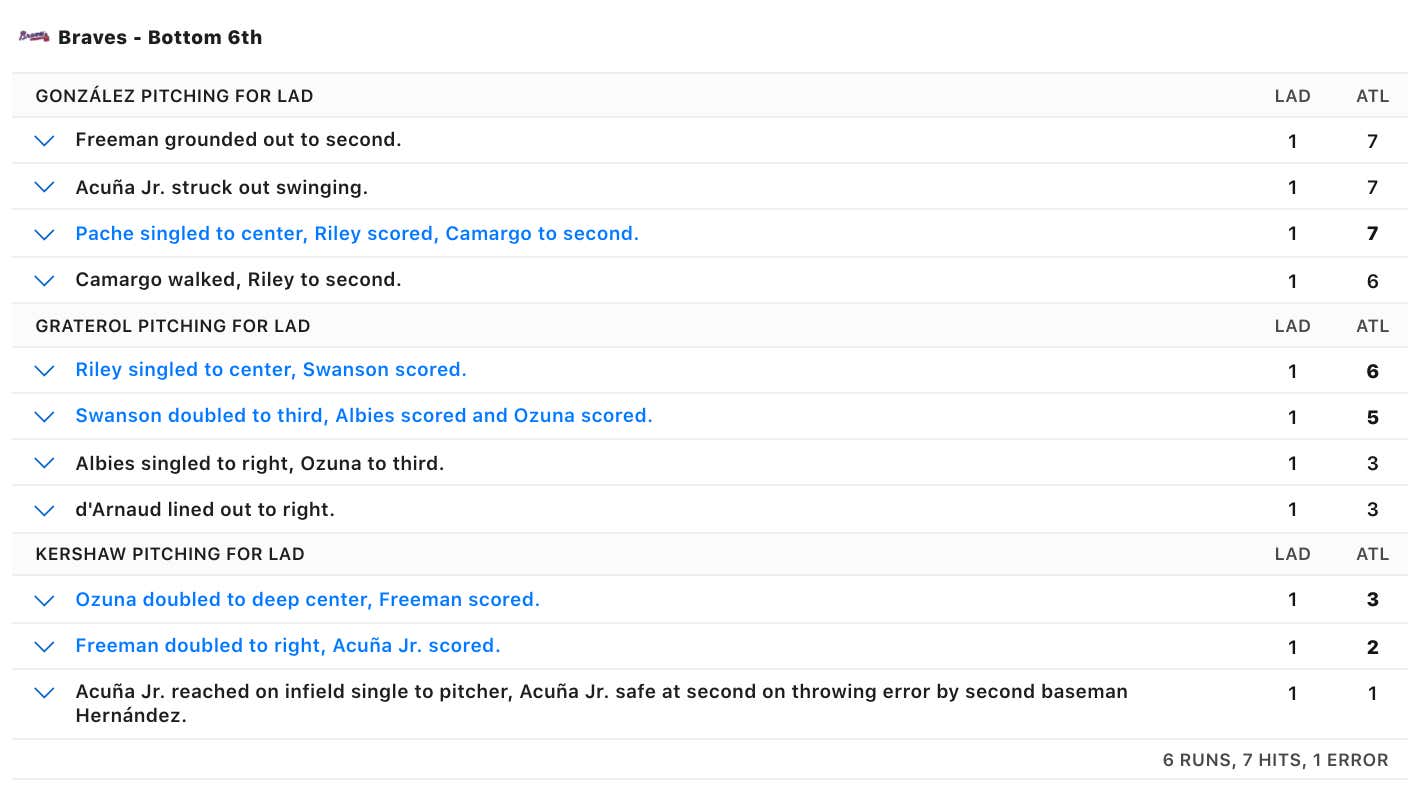 The lefty did not record an out in the 6th, departing after giving up two in the frame with another runner on 2nd. In just the blink of an eye his line read 5+ IP 7 H 4 ER. Now to be fair, the Dodgers offense to that point had mustered one (1) hit for him against a dude making his postseason debut. You have to do more than that to beat this Braves lineup, but still it's always that one inning with Kershaw where it all falls apart. I thought this would be the postseason where he puts his demons behind him and leads LA to a World Series title. I was wrong.

I do not believe he's an awful pitcher in October, but he sure is inconsistent. Tonight he was out-pitched by Bryse Wilson, making his postseason debut. Big T I'm sure will have more on that after the game, I just wanted to say how sad Kershaw makes me in October. He's a great dude from all accounts and is maybe the best regular season pitcher of all-time. The man just can't string together consistent playoff starts when it matters most. Usually he's found on the mound with his hands on his knees or in the dugout starring into the distance wondering what went wrong. It's an image he cannot escape and it fucking depresses me. I know it's hard to be sad for a professional athlete with that much money, fame, and success, but I feel bad for him what can I say? Those images of sad Kershaw in the postseason are ruthless. Just get this fella one ring before he hangs 'em up.

Hats off to the Braves, they are so much fun to watch play baseball and are one game away from the World Series.