Recently I read a story about Singapore Airlines turning out of commission airliners into pop-up restaurants and was BAFFLED at the notion that within 30 minutes, over 1000 people signed up to pay AT LEAST $500 for maybe one of the worst dining experiences in THE UNIVERSE.

It got me thinking, if the plane is the worst place on earth to eat, what are some other absolutely awful eating environments? After careful thought, here is my list:

See the blog linked here for my thoughts on this. WORST. PLACE. TO. EAT. EVER.

No one likes eating at their desk at work. We’ve all watched as a group of co-workers saunter out the door on their way to a three Margarita lunch, knowing that all we have is half of a two day old sub waiting for us to eat at our desk, hoping to God we don’t make a mess or spill on the keyboard. Eating at your desk at work is not only uncomfortable, it’s also depressing. Great combo. And of course there is always JUDGMENT. Is that a SALAD you’re eating? Yeah, buddy, it is. Oh? I NEVER see you eat Chic-Fil-A… Is everything OK? Wow you chew so loud!

And one of the other worst things about eating at your desk is looking up and noticing you’re being watched… mid-bite by the person walking to the water cooler. Take a picture, buddy. I don’t need to be judged for what I’m depress-eating for lunch at my workspace.

Unless, of course, it’s reheated fish (cough cough looking at you, Trent). Judge away, then.

ALL TIME bad place to eat a meal is at an elementary school. Those tiny little desks? Almost like being in an airplane, only you’re not moving and surrounded by every single germ known to man. It’s like dining inside an uncomfortable petrie dish. Plus the food they serve at those parent ed nights is pot luck, and they never have any pot. Har har. What they do have is Christine’s grandmother’s Chili Bean Casserole which is guaranteed to make you sicker than the strain of ebola you’ll catch from sitting in little Billy’s snot and boogers. GROSSS

Eating at airport restaurants is not really any different than eating in a regular restaurant, except that you have to watch so your luggage doesn’t get stolen and the penalty for eating a risky meal (jalapeno quesadilla) is MUCH worse once you’re on an airplane. But I’m talking about take out at the airport, which you eat at the gate, probably sweaty from rushing to get through that tremendously long line, with your luggage in tow and your food on your lap. In some ways, you might as well just fucking wait until you get on the plane with that little fold out table. 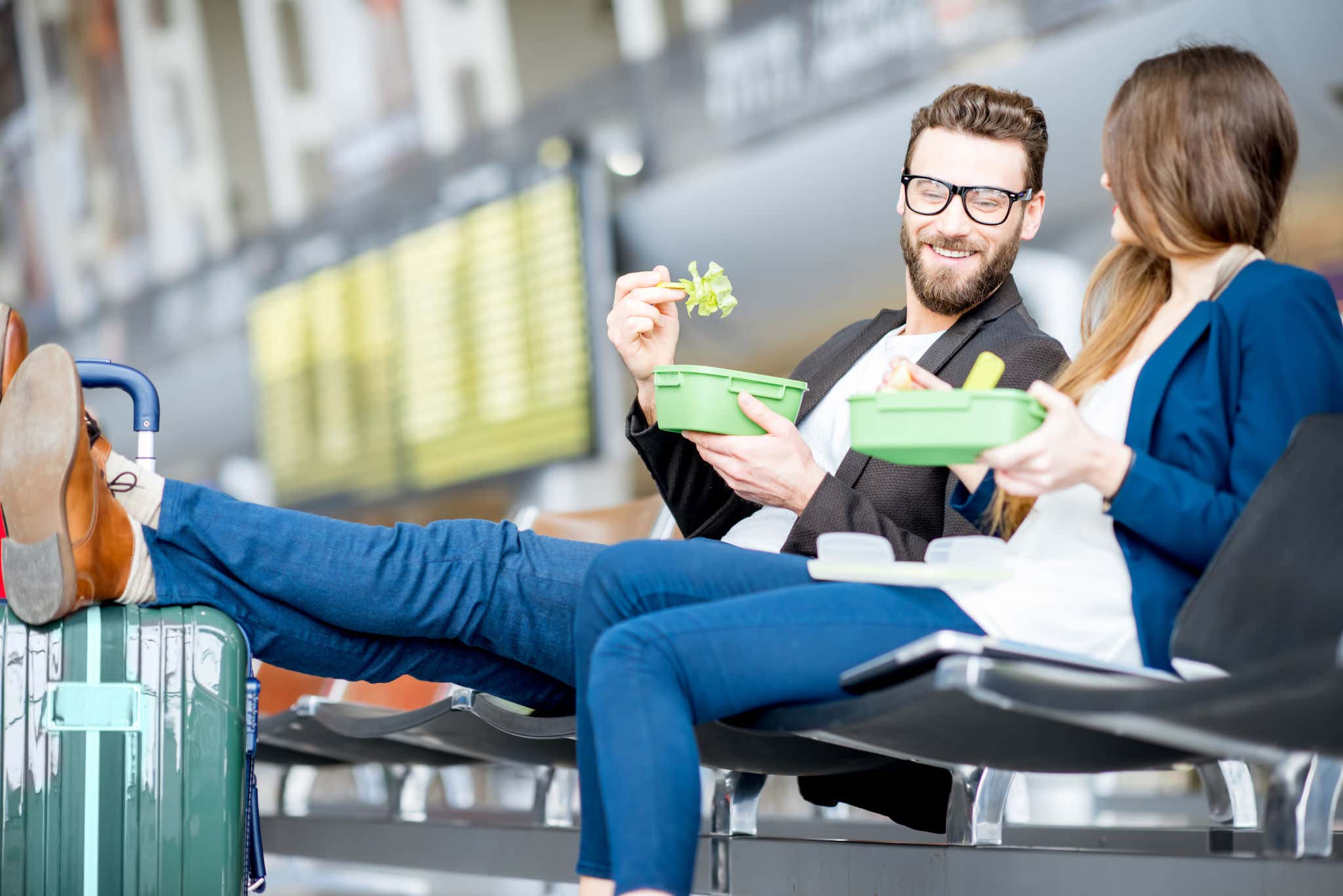 Dining Halls are so, so bad. It’s hectic, filled with noise, and everywhere you look there are old trays with half eaten food lounging around the unclean communal tables. Safer to eat at one of those long picnic style tables in a German Hofbrauhaus. The lines at diners are invariably long, the ambience is null, you can’t hear a fucking thing, and the cleanliness is at negative levels. If I can help it, I will avoid these venues at all costs.

This is one of those things that sounds FANTASTIC in theory and awful in practice. You’re sitting or laying on a blanket with a buffet-like spread guaranteed to attract both swarming AND stinging insects. The food gets warmer and less fresh by the minute and you’re surrounded by a other people who are also logistically struggling to figure out how to get said spread on their plate and eat it, all while sitting on the ground and trying not to let your legs go numb. FUN

Also a terrible place to eat a meal. Even though the food is usually finger food (burgers, hot dogs, pizza), you’re going to end up putting your plate in your lap and trying to balance your Miller Lite between your feet, and both of them are likely going to end up on the ground. Nothing worse than trying to eat while sitting on a ratty folding chair from World War I borrowed from the Second Baptist Church of the Redeemer.

Let’s face it. No one willingly eats a meal in a car. That's what trail mix, dried mangos, and flaming hot cheetos are for. So when you pull off the road eight hours into a 17 hour return trip from Mississippi to New York City (shout out Kayce Smith), it’s because you’re literally about to die from hunger, and you’re wayyyyy too scared to eat inside that Raising Cane’s in Southern Indiana. Eating in a car is like a contest to see if you can get the food in your mouth before it falls between the seats or all over your shirt, and you always lose. It sucks. It’s a desperation act.

Eating on a bus, train, or any other public transportation is like eating a meal in a car but worse. You’re surrounded by random strangers versus in the company of friends or family. And those collection of strangers in a place like NYC, might either try to steal some of your fries, spit on your food, or just steal it from you and bolt as soon as the bus/car stops. Best to not risk it. Save the take out for home, no matter how hungry you get.

Listen, we’ve all eaten at the bar before. Who wants to wait 3.5 hours for a table when you can get served in 20 minutes? I get it. But some places, you should not eat at the bar. Like, most places in fact. It’s a terrible place to eat a meal. First, you turn the poor bartender into a waiter/waitress, which kind of sucks for them. Second, you end up eating while sitting on a barstool, which is both uncomfortable AND uncool. And third, you have drunk people elbowing you as they clamor to get the barkeep’s attention because they just finished their 11th Budweiser and they need three more in order to get into a bar fight. If there’s a pig running around the bar (and you’re wearing 18th century garb, shout out Nick, Donnie & KB), license plates tacked to the wall behind the bar, or non-flat screen TVs? Yeah. Go hungry.