Things have been a little bit quiet this week on Cal Cunningham, the married U.S. Senate candidate from North Carolina who admitted he made the very common mistake of putting the D into crazy.  Arlene Guzman Todd, his reported sidepiece, released some of their texts messages (confirmed by the campaign). That ex then had a girlfriend release a slew of other messages that are allegedly (not yet confirmed) to be from her:

And that's where we've stood for a few days now.

Well there's been some progress on that front. First having to do with how he's polling with the electorate since he was caught … poling the electorate.

Since news of the scandal broke, it would appear that in Cunningham's race against Thom Tillis, he's down among every major demographic group but one:

Source - Senior citizens, who typically have more traditional views of marriage and fidelity, are turned-off by the salacious details. In September, Cunningham had led by 8 among voters age 65+but now trails Tills by 6, a 14-point GOPswing . But among all voters, especially younger voters, it is not an affair to remember. Men and women react to the dalliance differently. Among all men, there is a 13-point month-on-month move to Cunningham. Among all women, who are often the jilted when a man breaks his marital vows, there is a 7-point shift to Tillis.

Well, I'll be. Who could've seen this coming? It's totally counter-intuitive, amirite? A candidate gets a bounce in the polls among men - especially younger men - and young voters in general after this comes out? 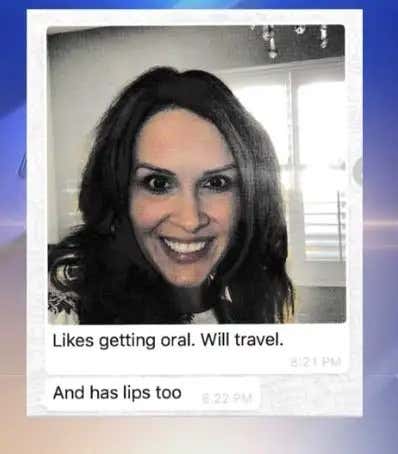 I wonder what the underlying cause is. Has Cunningham made some major policy change? Is he for lifting the shutdown? Extending the Affordable Care Act? Defending 2nd Amendment rights? The Green New Deal? What is it that is making so many younger males suddenly shift to the pro-adultery candidate.

Source - In 2001, Cunningham supported legislation to abolish so-called homewrecker laws that allow a spouse whose husband or wife has an affair to sue the third party paramour for "alienation of affection" and "criminal conversation." The bill, which passed the state house but failed in the senate, enjoyed near-unanimous support among Democratic legislators.

Despite Cunningham's best efforts, those civil statutes remain on the books in North Carolina, meaning his jilted wife Elizabeth could sue Guzman Todd, and any other mistress who comes forward, for interfering with her marital relationship and violating her right to exclusive sexual relations with her husband.

In 2019, a North Carolina man won a $750,000 judgment against his ex-wife's lover after filing a lawsuit under the "alienation of affection" statute.

To be a successful politician, you've got to play to your base. Establish a constituency that knows you will be looking out for them and they'll turn out on Election Day. There are millions of married men in the Tar Heel state who found out they've got one of their own in the race. Someone who'll fight for their right to go tomcatting around behind their wife's back without having to pony up $750K if they get caught. It's hard enough to butter your toast on both sides without the waitress from the country club you're trying to talk into meeting you at the La Quinta Inn in Raleigh while you're "away on business" wondering if she'll get sued. The threat of facing lawyers and depositions and getting your wages garnished must make it damned near impossible. So in a backwards way, this scandal blowing up sewed up this key demographic group for him.

As far as his popularity among all young voters, not just males, that's a product of the Tinder Age in which we live. Women under the age of 30 regard random hookups a part of everyday life. They're not shocked about it the way their grandmothers were when all that stuff came out about the Kennedys. Hell, if Cunningham doesn't win, he should get right on Bumble because I guarantee him he'll do a lot better than the one with the lips and the crazy eyes who likes oral and will travel.

Needless to say, this is the race to watch. If he Cunningham pulls this out, he might create a new roadmap to getting elected in this country.