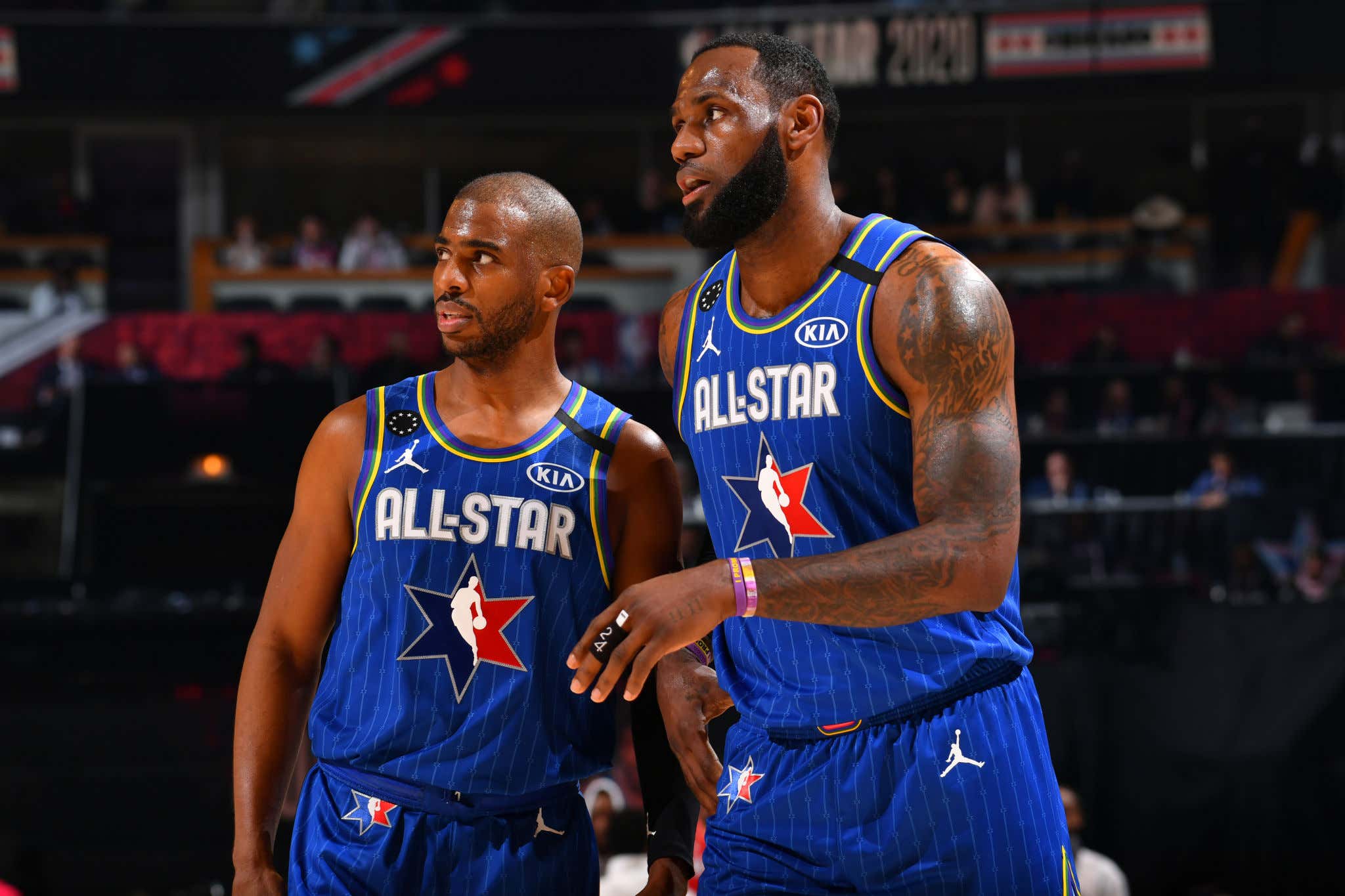 WARNING: This is a long thread. There are a lottttt of tweets going into detail about a potential CP3/Lakers deal from someone who covers the Lakers and is by far more connected than you or me. Worth the read imo if you're into this sort of thing

I LOVE it. I mean I hate it because it's the Lakers and all that, but I love where Eric Pincus is going. Everyone knows that there is nothing more fun than offseason speculation in the NBA. Everyone is stalking social profiles with a fine toothed comb, everyone is in the NBA trade machine throwing shit together, rumors are flying because agents are leaking things in order to create a narrative, it's one of the best times of the year. Every single time the NBA offseason delivers. Remember when we were ALL stalking Kawhi's private plane? Good times, good times.

I think it's safe to assume that if OKC does end up trading Chris Paul it'll cost that new team a pretty penny, and they aren't going to do that just to buy Paul out. Which means for him to end up on the Lakers it's going to have to take some sort of a package like what was described in that thread. The hardest part is making the money work, but it technically be done. As a Klutch client, would it shock anyone if AD went with the 2+1 option? I blogged earlier today about how that probably made then most sense anyway, so he could align with LeBron. The interesting wrinkle is CP3s contract would also fit into that timeline.

We all know about the CP3 to the Lakers deal that fell apart in 2011 because David Stern blocked that shit like Dikembe. Huge fan of that decision. But there is no way Adam Silver has the balls to do that to LeBron. No chance. If the teams can work it out and want to do it, the trade will happen. Despite his age, it's pretty clear that Paul still has a lot left in the tank. Remember what he did against the Rockets in the bubble?

So yeah I think we can all agree he'd be a nice addition for the Lakers. It would cost them a lot, but if the goal is to maximize your LeBron years and you have the opportunity to add Paul, you do it.

All I know is I'm ready for the absolute chaos that is for sure going to unfold over the next few months. The NBA offseason is like 4 days old and look at everything that has already happened! Love this time of year and I suggest everyone buckle up for what is going to be a wild ride.