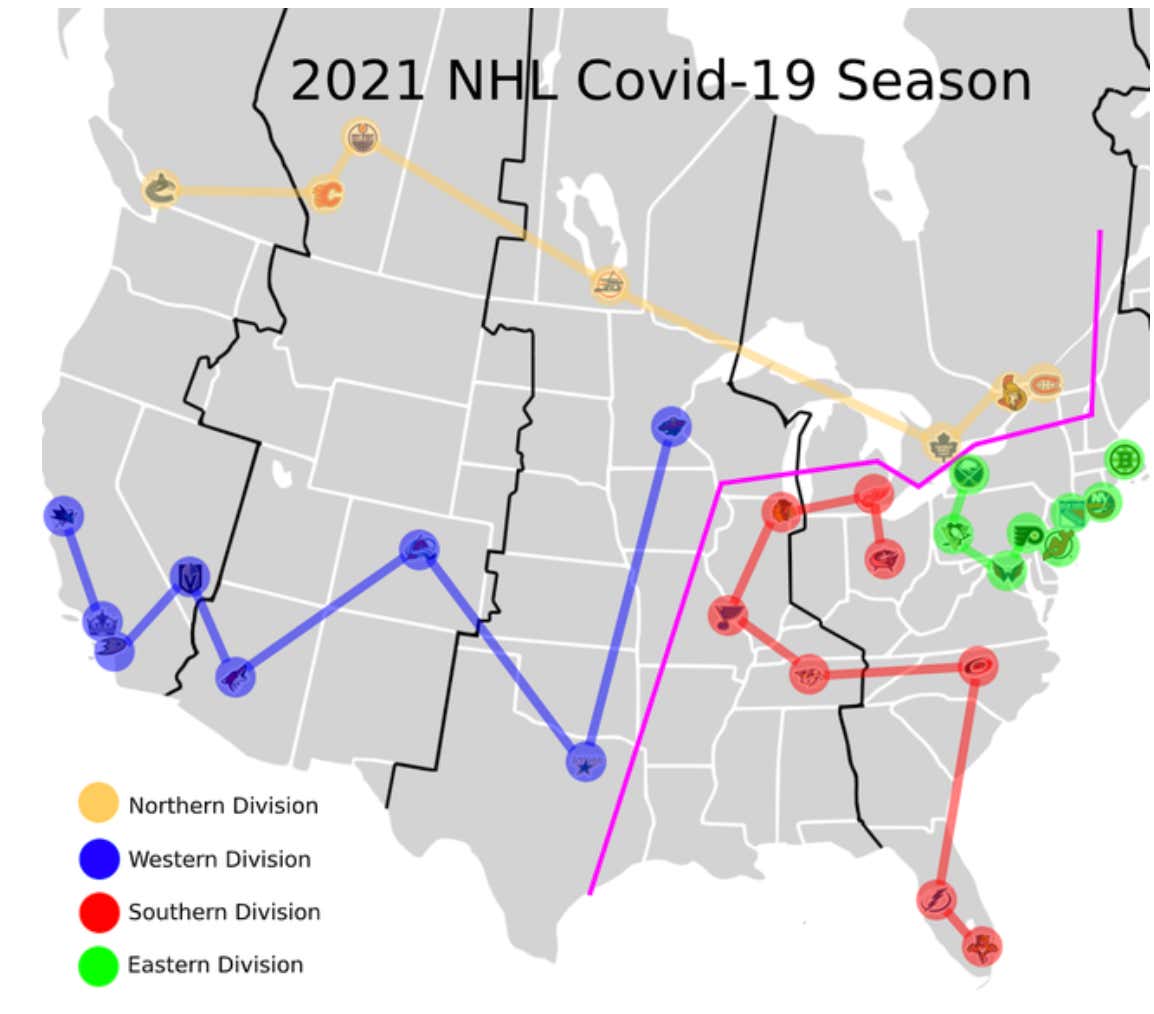 Thanks to hocker/r for the map

Desperate times call for desperate measures. This is HUGE hurdle for the NHL whenever they restart the 2021 season. We've heard whispers of proposals before including a circus tour of a bubble system where teams would travel to a particular city for two weeks at a time and mimmick what we saw during the playoffs. I've been told that the NHLPA will tell the league to fuck themselves and that proposal, with all due respect. Nobody wants to do prolonged bubble life over an entire season. The NHLPA also wants to get back to the historical calendar of starting preseason in September with the regular season ending in April. Players love having their summers and the older players like the season lining up with school year for their kids.

I love this idea strictly because it gives the Blackhawks a ton of games against Detroit and I love that rivalry. I want to yell Detroit sucks more than once per year. We also get to see Joel Quenneville, the Predators, and the Blues. All good things for the Blackhawks. An all-canadian division is interesting too. I wonder what the players will feel about the financial ramifications if you're playing all of your games at a pro-rated salary with every paycheck being taxed by the Queen and Trudeau.

I just love that the NHL is willing to be creative and they're making a concerted effort to get back to normal. I want normalcy. I want to set my calendar to the NHL and have playoffs and the draft and everything else happen when it is supposed to. We are on the way back even if we can't go to games in 2021. That is a good thing.