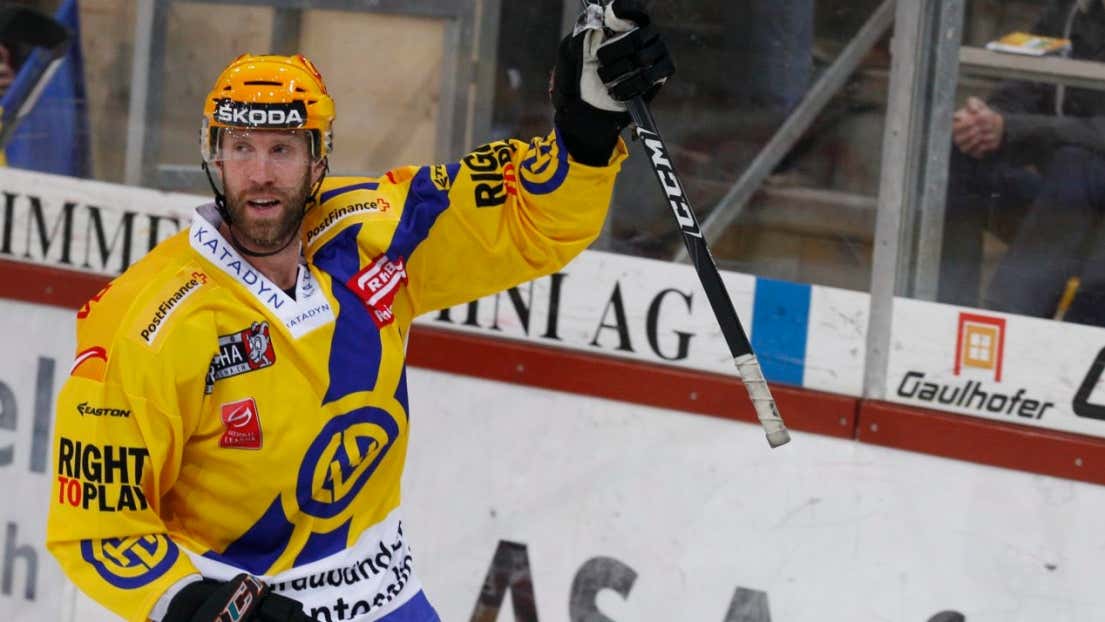 Well I guess it's officially Jumbo Week here at Barstool Sports [dot] com as this is now my 3rd blog about Joe Thornton in the last 3 days. But it cannot be stated enough just how big of a beauty this man is.

Granted, in order to be a true beer leaguer we would need Joe Thornton to shell out a couple hundred dollars in league fees to play for a partial season with HC Davos. Then they'd need to schedule all their games for no earlier than 10pm puck drops in the middle of the week and he'd also have to pick up another job in Switzerland he'd have to wake up for at 5am the next morning. But this is close enough for me to give him an honorary beer league hero status.

Jumbo is just out there playing for the love of the game. Also because why would he want to leave Switzerland right now? Hell, I might even have to try to set up a Barstool Switzerland office just so I can keep all these Joe Thornton blogs flowing and cover the Davos season. Unreal country they have over there. But still. You're Joe Thornton. I'm sure even in a time of financial struggle, teams over there would hand you a blank check to play for them. But Joe Thornton doesn't play the game for the fame or fortune. He plays for the same exact reason why we all still keep showing up year after year to play in a league against a bunch of dudes who probably haven't had their skates sharpened since the last Olympics. Because we love the shit out of the game. And that, along with $110M he's already made playing the game, is enough for Jumbo right now. He'll play the game for free, live in a sick country, keep his body ready for the 2020-21 NHL season, sign another contract, win a Stanley Cup and ride off into the sunset like the legend he is.

Bet he even mixes a few scraps in there as well. For old time's sake.