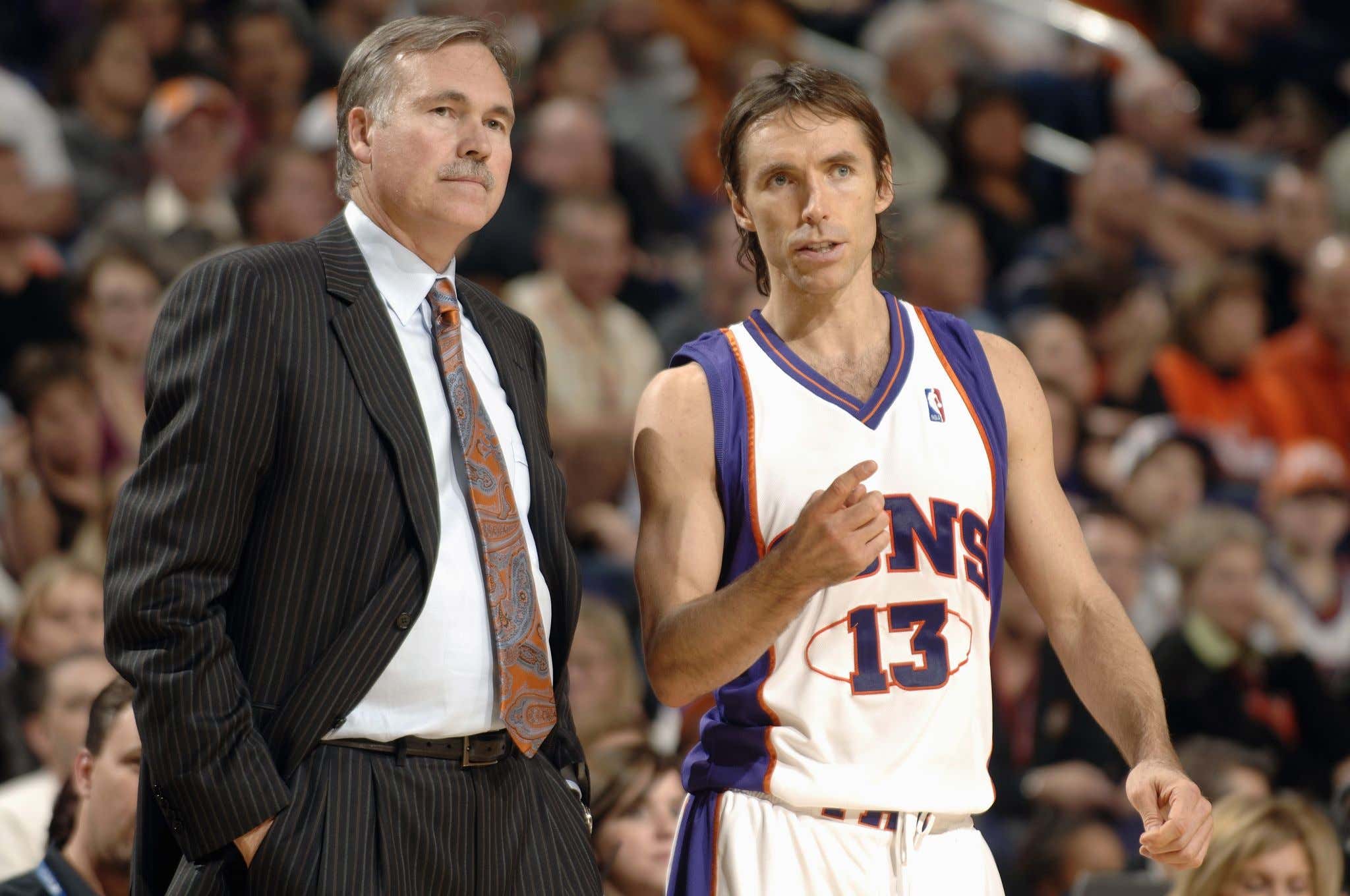 The 7 Seconds Or Less Suns were so much fun to watch back in the day. Man, it feels weird saying back in the day when you're talking about the early 2000s but it fits. Christ am I old. But before the Warriors became a thing, it was the Suns that we all stayed up past our bedtimes to watch when they were the late night game on TNT. Nash, Amare, Marion, Q-Rich, Diaw etc, it's a damn shame that era in Suns basketball didn't play in 2020. They were just a littttttle bit early with the style they played with. Also, David Stern blatantly boned them out of a championship ring but that is a different topic for a different blog.

So safe to say I'm pretty intrigued at the idea of Mike D'Antoni teaming up with Steve Nash and maybe bringing that system back. You're telling me Kyrie/KD couldn't run this to perfection?

I think I'd rather see that then D'Antoni go to the Pelicans or Pacers. If we can assume KD is 100% healthy, that roster is actually capable of pulling it off. If they bring back Joe Harris, LeVert continues to improve, they don't trade Dinwiddie, the Nets can play that style. The Warriors kind of do it and it obviously works for them. They can play fast and take a shit ton of threes. Shit, the Nets already took the 5th most 3PA (9th most 3PM) in the entire league just this season and that was with Kyrie barely playing and KD being out all year. I know Kyrie will love a system that doesn't actually ask him to defend and instead just do awesome shit on offense. Sure he isn't the passer Nash is but he can be close to as efficient as Nash was if he's truly healthy.

The Nets were a team that ranked 16th in fastbreak points a night. Those Suns era teams were basically 1 or 2 during their entire run. With the talent coming back, two guys in Kyrie/KD who are used to playing in systems that were among the best in the league in terms of fastbreak points makes this an interesting move if it ends up happening. There is no denying that the Nets will play faster under Nash, so why not bring in the guru of the fast paced offense to help out?

I think we can all agree that this entire situation in BKN is going to be fascinating to watch. There is no ramp up period. With Kyrie/KD already being one year in, this is their window. They need to make a Finals (and potentially win) right away. As in, next season. If this team doesn't even make an ECF? Woof. It's either going to somehow come together and the Nets will be one of the best teams in the league, or it's going to be an epic disaster. Both ends of the spectrum are wildly entertaining. If that means we get to relive some glory days of Suns basketball, I'm all for it.

Seriously though, those 7 seconds or less Suns were robbed. That was some high grade bullshit.