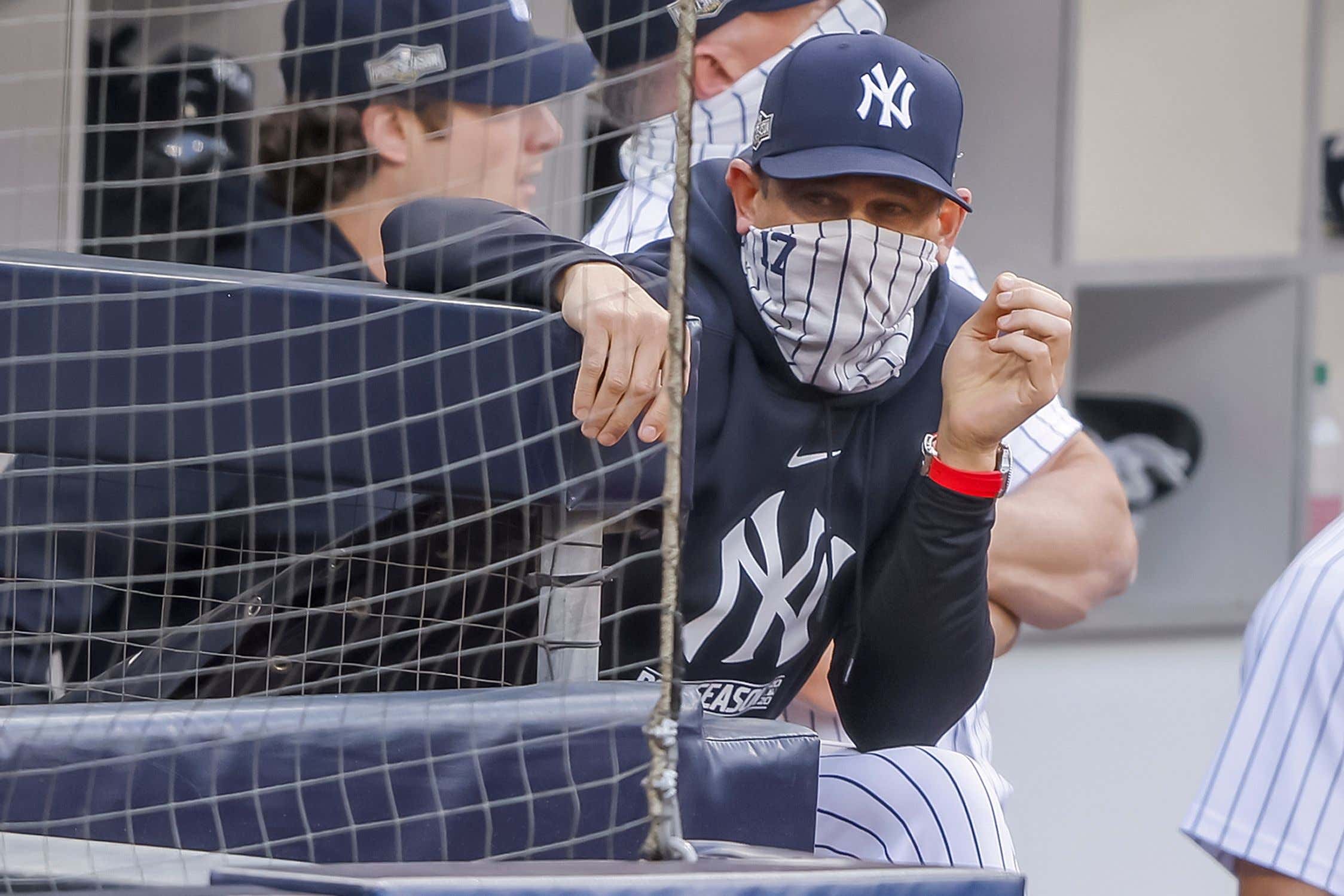 Hal Steinbrenner just spoke publicly for the first time since the Yankees were eliminated from the postseason last Friday. The biggest takeaway? The Yankees will be bringing back Aaron Boone as manager for another year. Do I agree with it? No, I do not, but I can see the front office saying the dude won 100 games in back to back seasons prior to this fucked up 60 game covid sprint. How can you fire him based on 2020? I'm not overly surprised whatsoever, but I'd be lying if I said I wasn't holding out hope for a change.

Boone's act has grown old on me, but I also realize it's hard to pinpoint blame on him for certain things since I think it's widely know the front office makes a lot of the calls. Game 2's pitching strategy for example did not come from him. I'm sure he supported it, but a crazy plan like that comes from Cashman and the analytical department. It's Boone's job to be the face of that plan for the organization's sake, but he wasn't the mastermind the way I see it. That does not and should not excuse him from other criticism. Something that was his fault? Pinch hitting Mike Ford, who hadn't gotten a hit since August, late in Game 5 for Kyle Higashioka, and leaving Clint Frazier on the bench. Fucking nonsense. There is zero logic going into that call. None.

Another thing I dislike is the way he handles the media. I wish there was more honesty and accountability on his end instead of the empty positivity when shit has hit the fan. He tries to spin everything into a positive in an effort stay player-friendly, but all it does is frustrate everyone listening at home. I'd much rather a Buck Showalter type, but there's no point harping on that at this point. Boone will be the guy heading into 2021, deal with it Eric.

What else did Hal have to say? He claims the Yankees lost more money than any other team in 2020. Yawn. "Gary will return to form in 2021." Yeah, okay. "The logic in the Deivi/Happ strategy was sound, the players just didn't execute." I guess part of that is correct. The players did not execute, but the logic was certainly not there either.

When asked about DJ's future he had this to say.

I'm sure everyone will freak out about this, but what do you want him to say? They're in the middle of contract negotiations. Anything he says positively or negatively could swing his contract value. I think he made it clear they realize how important DJ is and they're going to pay him. That's at least how I heard it.

Don't expect any big moves in the offseason. They'll say 60 games wasn't enough to shake things up. Just hope to God DJ is signed back and go from there. Do whatever you can to keep that man in pinstripes. Please.