ICYMI we have an ALL-TIME title fight coming at RnR 12 TONIGHT. Our 2 greatest showstoppers, absolute brawlers, are facing off for our 1st ever UNDISPUTED championship match...

Now (5-0) Middleweight champ NIGHTY NIGHT is no stranger to success inside our squared circle. In fact he may be the best fighter we've ever seen and frankly, the results speak for themselves. 5 fights, 5 wins, 5 knockouts. 5 DICKS IN THE DIRT.

But moving up 20 lbs to face our (2-0) Heavyweight champ LIGHTS OUT is no small task. Sure Wade Woodruff is an Army vet who literally fought in war already, but this is gonna be a NEXT LEVEL BATTLE.

Bobby Laing stole the show in Providence last fall and then shocked the world by beating Travis "Jeans" Turman at RnR 11. It was the 1st legitimate beating Turman has ever faced at RnR and the end of an era for "Jeans" too.

Now "the best Braintree fighter on the whole fuckin' South Shore" is representing all heavy hitters with this matchup. It's a fight that could truly go either way and even tougher to predict considering these men both have adamantium infused jaws. Will it be a KO in the 1st or go all 3 rounds in true slobberknocker form?

There's only 1 way to find out and that's by watching on BuyRnR.com TONIGHT. 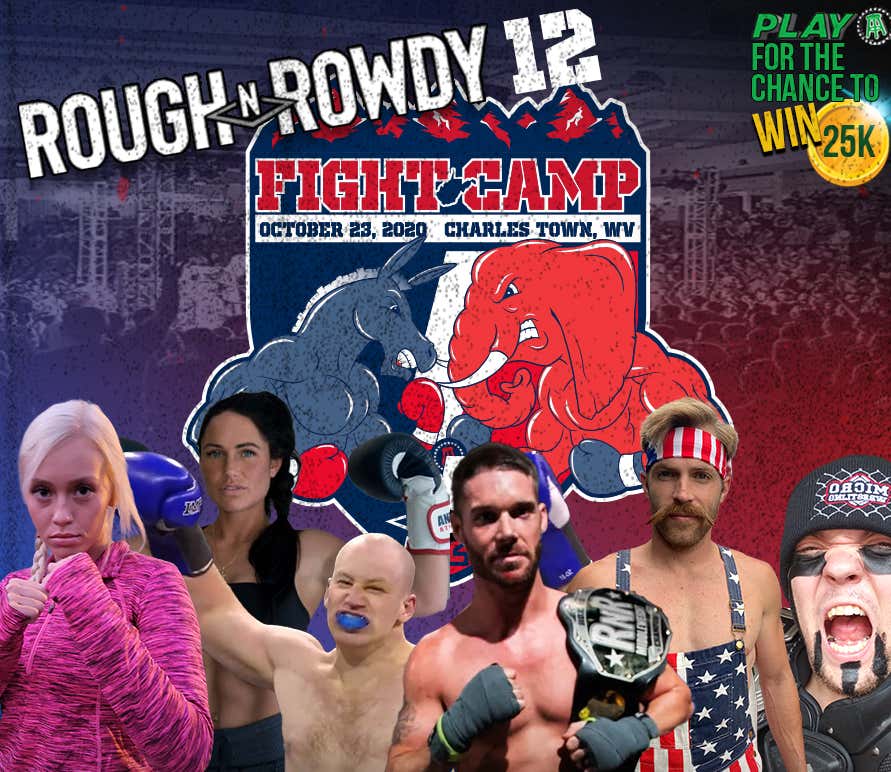 PS this is (1) of our (5) matchups you can pick the winner + whether by decision/KO on the Play Barstool app. Watch a few legends bash each other's brains in all while you got a free chance at $25,000. Giddy the fuck up folks

Preorder RnR 12 "RED vs BLUE" for knockouts, ring girls, Dave & Dan on the call AND MORE