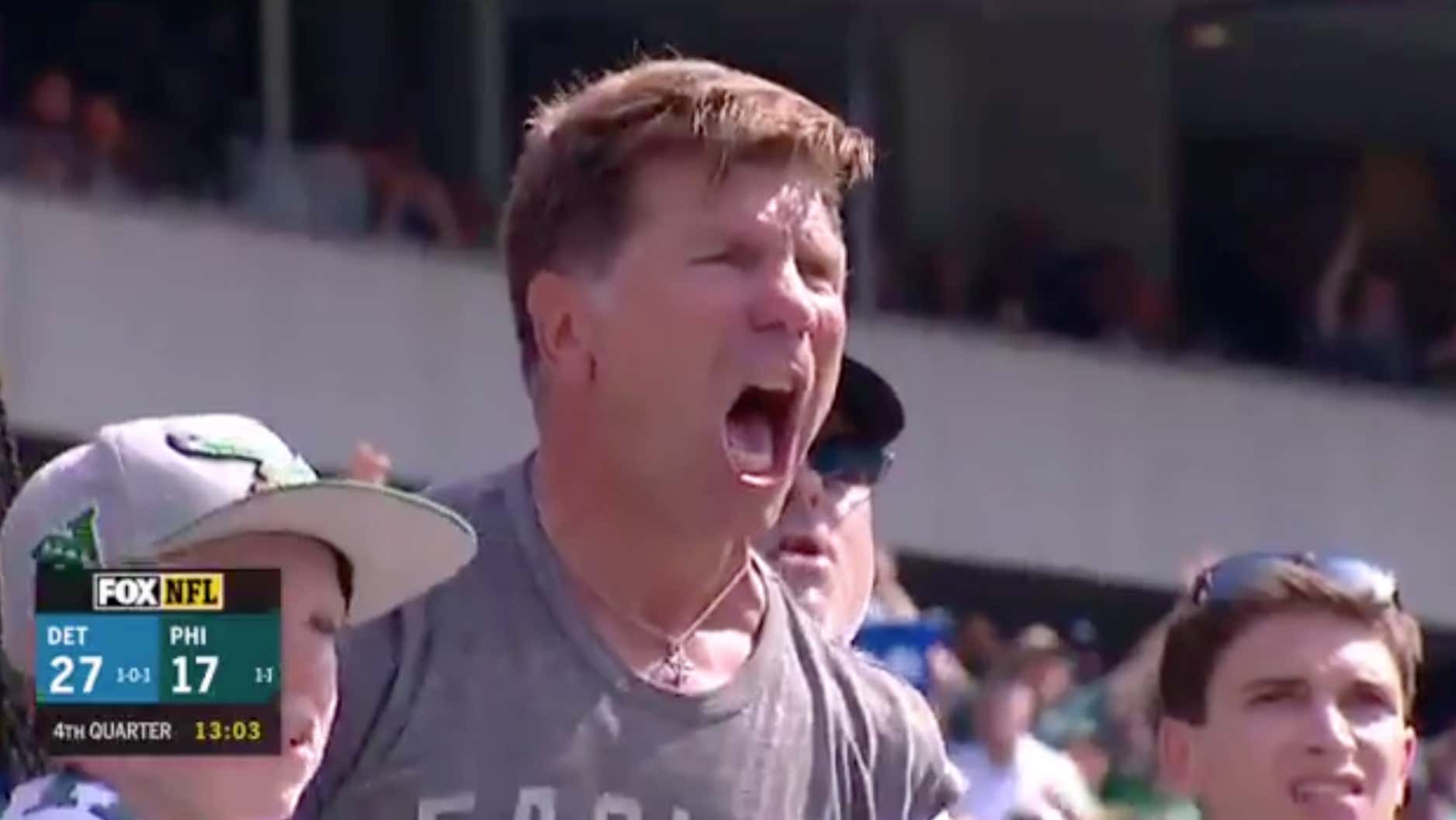 Fortunately for the Eagles, their season is far from over already with a record of 1-3-1 thanks to playing in the most dog shit division known to man. Most teams would be thinking about packing it up already with that record through 5 weeks but all the Eagles need to do is be better than a Cowboys team without Dak, a Washington Football Team that has no idea what they're doing, and a Giants team that is led by an accountant. They don't need to win out the rest of the season. They don't need to get to double digit wins. Hell, they might even just need to win the rest of their division games to get to 6-9-1 and that could be enough to get into the playoffs.

And now that Philly is finally allowing fans back into the stadium? It's pretty much a guarantee at this point. And maybe I'm setting myself up to get Old Takes Exposed here but I truly believe that the main thing this team is missing right now (besides their starting wide receivers and 4/5 O-lineman) is having the Eagles fans in Lincoln Financial Field to bully them mercilessly so that they stop playing like a bunch of P-words.

People always want to talk about how home field advantage makes it difficult for opponents to come into your building and perform. But the reality of the situation is that the Eagles need home field advantage more so that they can have 7500 pissed off Eagles fans hurling obscenities towards Jim Schwartz until that bozo takes Nate Gerry out of the game. They need 7500 Eagles fans drunk off their ass to scream at Doug Pederson to attempt a field goal on 4th down in overtime instead of just settling for a tie. And they need 7500 fans to have a sit down conversation with JJ Arcega-Whiteside to tell him that maybe football just really isn't for him, and that he'd be better suited finding a different line of work so the Eagles can stop having to pretend that he's an actual NFL receiver.

The team sucks right now. The offense looked better this past weekend against Pittsburgh but the defense is still an absolute joke. So what this team needs is a kick in the ass and a punch in the throat that only Philly fans truly know how to deliver. And once we're done bullying our own team into playing with an ounce of pride again,  then we can shift our focus towards making it a miserable experience for every other team who comes into the Linc.

Truth be told, the Ravens will probably still be a loss. But you've got home against the Giants on 10/22, home against Dallas on 11/1, home against the Seahawks on 11/30 which is a loss. Home against the Saints on 12/13 which--call me crazy--could be a win. And then home against the Washington Football Team on January 3rd to close out the regular season. I've got 4 home wins right there. All they need to do is pick up another win or 2 on the road against the Giants and Cowboys, and the Eagles have a chance to be the worst playoff team in NFL history. And it's all because Mayor Kenney read my blog a couple weeks ago.