It's Pardon My Take versus Fore Play on Stool Streams tonight! Hank, PFT, and I will be playing against Frankie (twice) and Lurch in Ping Pong under the bright lights of Stool Streams Stadium, hoping to reward someone with a record-breaking cash prize of $5,000.

That someone could be YOU! All you need to do is spend 30-60 seconds downloading the Play Barstool app, and you're in the running for the $5K.

"But stop! Nobody watches this! Who cares!" First off, that's wrong. Second, you don't even have to watch and can still win the jackpot! That's the beauty of Stool Streams. Zero risk. Very high reward. Let's dive into tonight's matchups and help give you the best chance to take home the $5K.

Storylines to Know: Producer Showdown. Hank runs the behind the scenes on Pardon My Take, while Frankie puts together Pizza Reviews and other tasks as Dave's guy. This will be Frankie's first match against someone not named Hubbs.

Quotes to Remember: "He's solid, but he's a head case. Much more different than PFT and Jake, I can get in his head and it will affect him." - Hank

"I'm going to look to move him around a little bit, make him uncomfortable, need to be aggressive and put him on his heels." - Frankie

Analysis: The winner of this match will most likely be the one who keeps their mental game in the best shape. Hank has had issues with a lefty in the past, but in off-camera matches, he and Frankie are pretty even. This will be a tremendous first match to set the stage in our tripleheader. 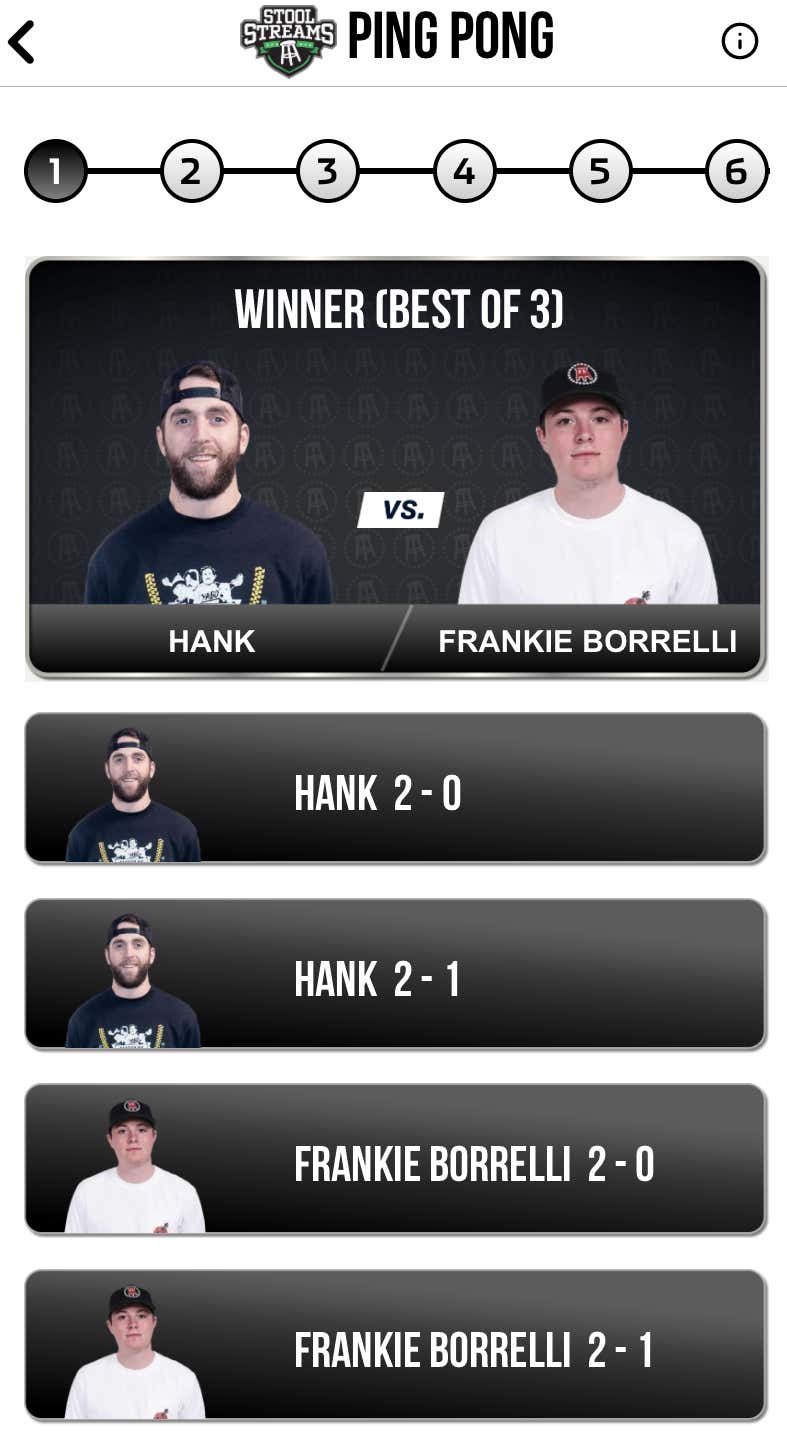 Storylines to Know: What will be the ramifications of Frankie playing back-to-back matches? A lot depends on how he does against Hank in our opener. For PFT, he looks to rebound off a loss in his last match, a defeat at the hands of Hank.

"I know that if I return his serve, it's over, that match doesn’t even matter to me anymore, I told him to his face, Hank is my main match." - Frankie

Analysis: The fact that Frankie is overlooking Mr. Commenter here is crazy. First off, PFT has tons of more experience under his belt. But I can definitely say that both players are top five in the office. Frankie is correct in that this match will come down to his return of PFT's serve. That will decide this one. 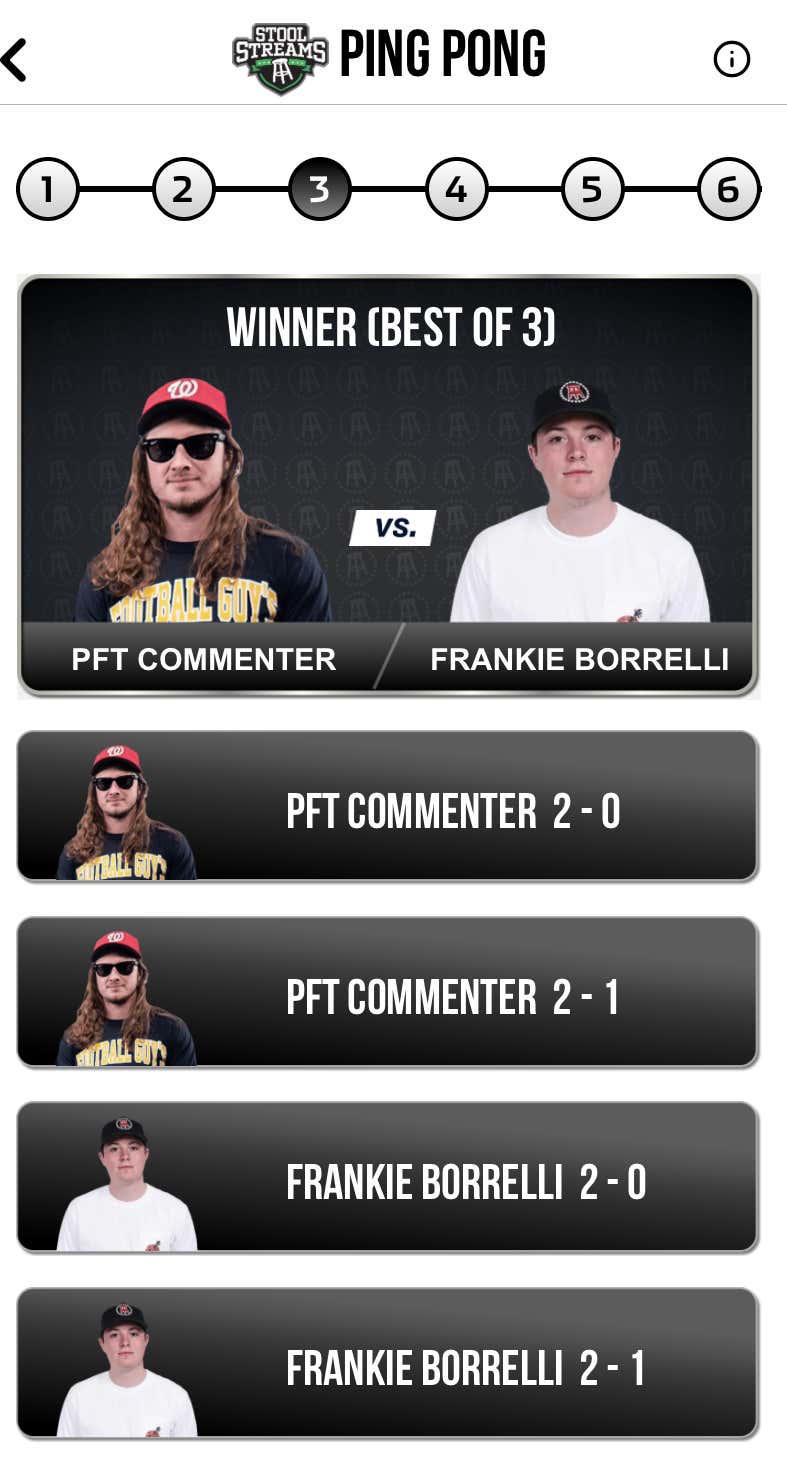 Storylines to Know: There has been a long search to find someone who can dethrone me as the best Table Tennis player at Barstool Sports. Is Lurch the answer? I have never seen him play before, but have heard very good things. Looking forward to the challenge and hopefully bringing the W home for the AWL's.

Quotes to Remember: "I'm excited to welcome a new opponent into the Triple S. I have heard very good things about Lurch, in fact, Hank and Frankie both said that they expect him to beat me. But I will block out that noise and just play my game." - Jake

"Pick me for my forehand, if it hits, then you'll make some smart money." - Lurch

Analysis: I have proven that I am very tough to beat in Table Tennis. But according to many people around the office, Lurch is a different animal. The challenge will be great and I am looking forward to having a chance to hopefully rewarding someone the $5,000 Progressive Jackpot. 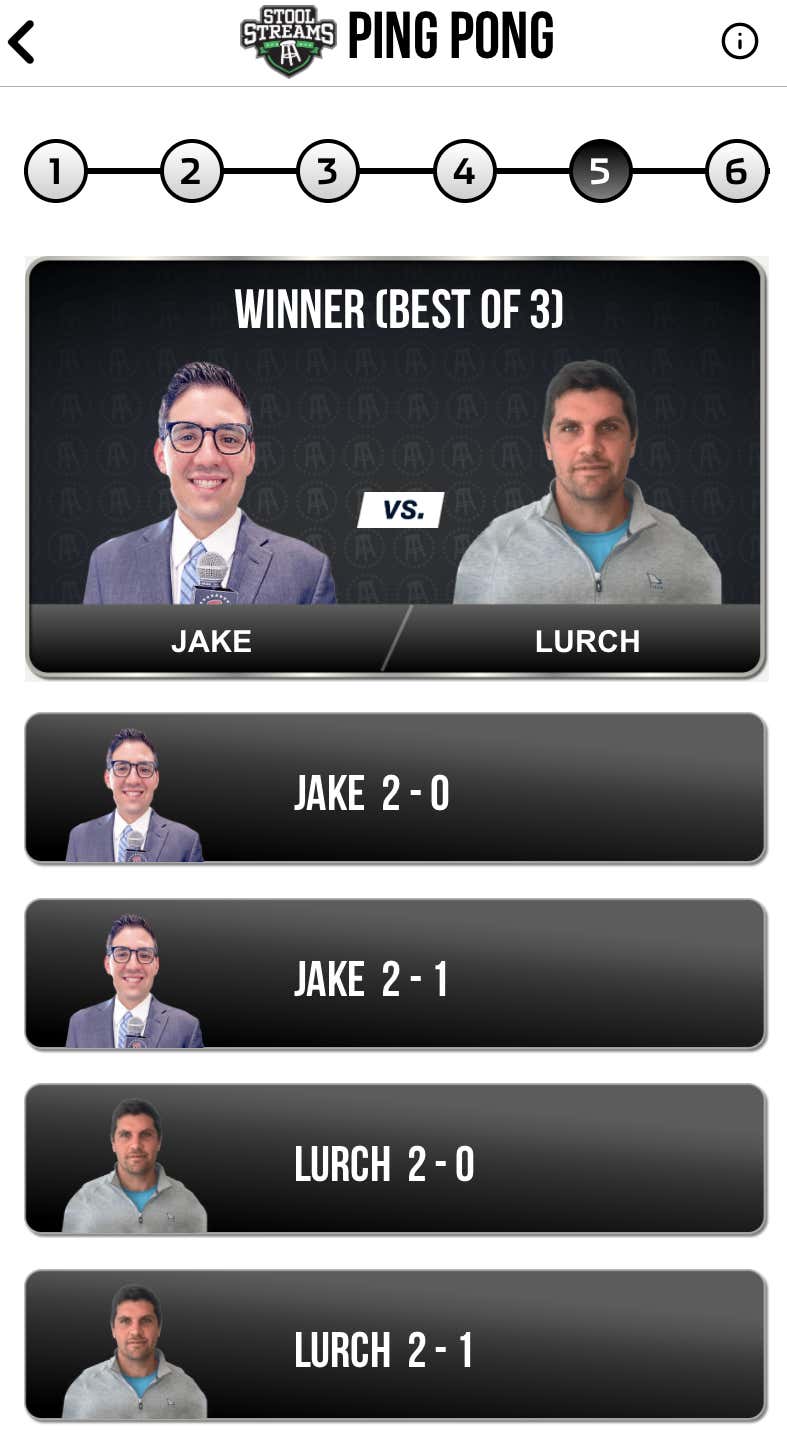 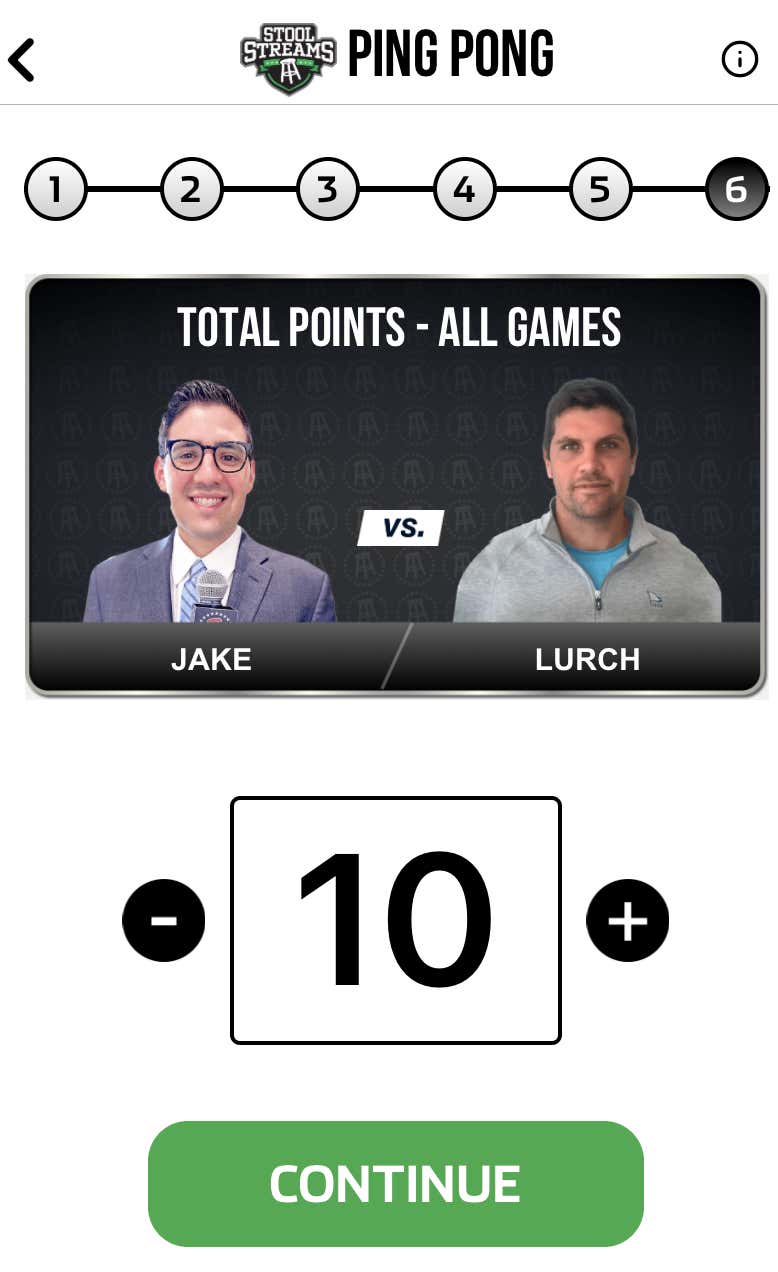 We are live inside the Triple S at 6 PM ET on Twitter, Facebook, YouTube, and here on the website. I will be on the call for the first two matches and hop on the table for the grand finale, hopefully rewarding one of you with $5,000. Make your picks and hope you can join us!