Desperate Gal: "You put this ring on my finger two years ago and it's time to do it or get out. We're getting married right now or I'm leaving - I'm out. I'm done, like, if you don't marry me this second. I brought the pastor, I brought Emily - she's my bridesmaid."

DG: "Hi guys. I'm just finally making him commit, you know? We're getting married now or, like, it's over."

Random spectator lets out a "woooo" out of pure discomfort but immediately realizes if they do tie the knot right then and there, it will be her video that goes viral, so she quickly follows it up with an encouraging, "Do it!" 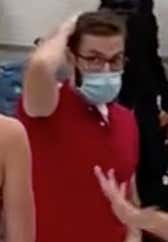 Poor Bastard: "Can we talk about this outside?"

DG: In an oddly calm, yet confident tone, "Yes we can talk about this outside."

Starts to walk outside - the sound of her heels deafening.

Bridesmaid and pastor walk by, followed an extremely confused and upset PB. 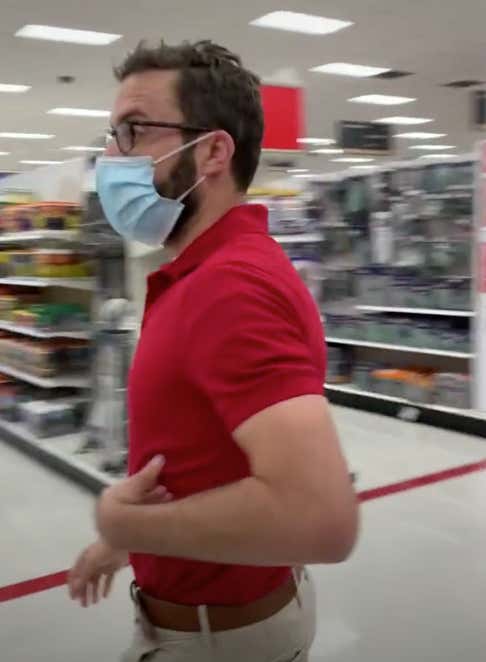 PB: "Can someone have told me about this," he asks in a hushed tone that says, "I'm angry, but I also don't want to piss her off."

For the sake of this poor bastard's personal relationships, I hope no one knew this shit was about to go down. Because if a friend or family member had any sort of prior knowledge about this little performance and didn't warn him, well, this guy may never trust another human being for as long as he lives. Now that I think about it, he may also never step foot in a Target again! Which would be really tough considering Target is awesome… and his place of employment. But people have been traumatized by less.

Of course, it's extremely likely this was all an act by the bride-to-be. It's clear by his deer-in-the-headlights look, he wasn't in on the joke, but maybe his bashful bride just wanted a little extra attention from the inter webs and has no intentions of actually leaving him.

Then again, being engaged for two years and still not having a wedding date set in stone can do something to a person.

Maybe this gal figured if she publicly threatened him at his place of work with an ultimatum, he would take one look at her in the white dress and think to himself, "This, this is the person I want to spend the rest of my life with. And there's no better place to say our vows and make our life-long commitment to one another than beneath the glow of Target's fluorescent lights."

I mean, I guess it's possible? She knows her guy better than I do. People are into weird shit and maybe public shaming is his jam? Maybe he's like one of those high-powered business men who hire dominatrixes to whip them while they're wearing a bonnet and a diaper? Except he likes the humiliation to happen in public?

If so, then we just witnessed what unconditional, non-judgmental love looks like in its purest form.