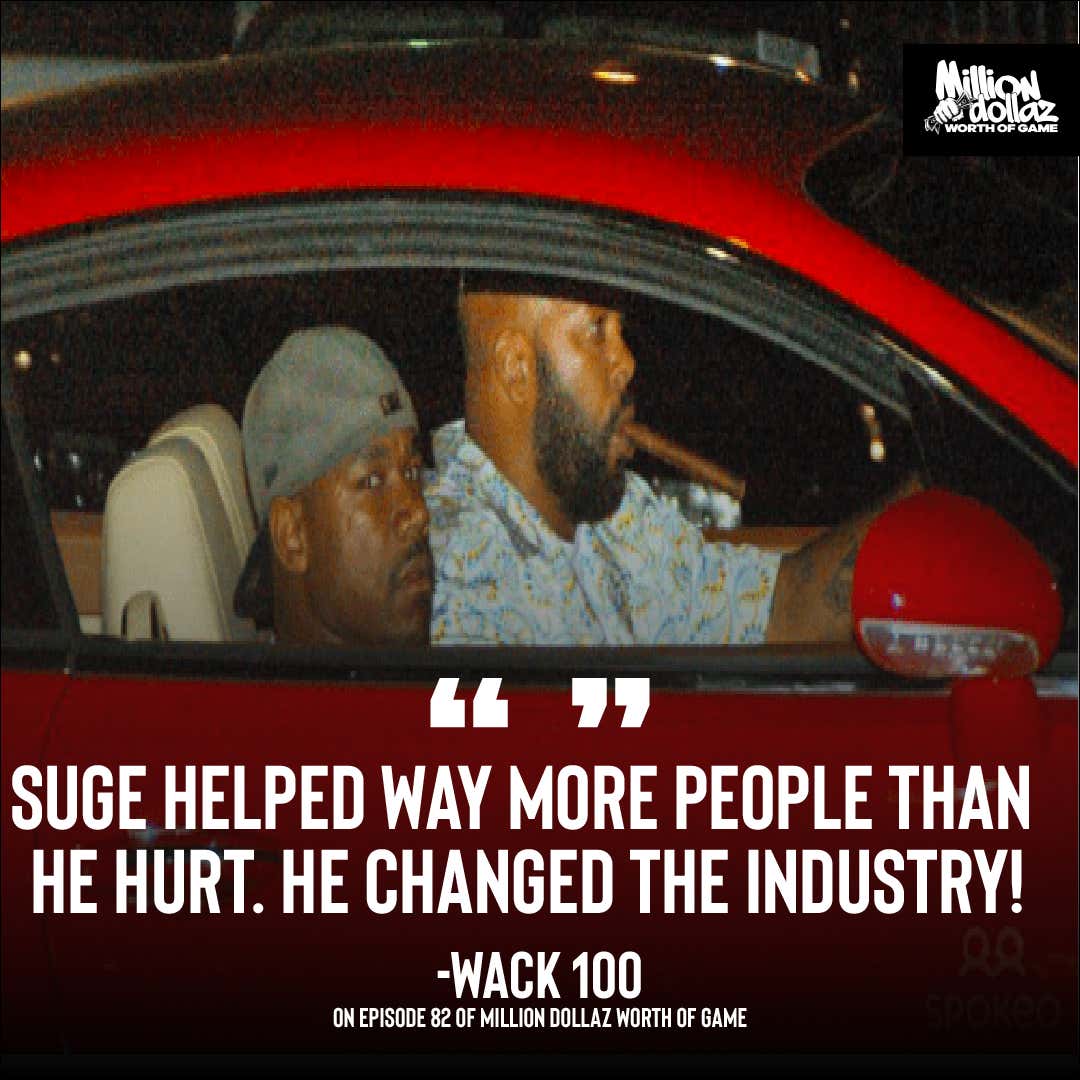 On Episode 82 of Million Dollaz Worth of Game, Wallo and Gillie had two special guests on: Big U and Wack 100. Big U is an OG crip and was once called a kingpin crip. He is also well known for bringing Nipsey Hussle into the spotlight. Wack 100 is a Piru (Piru sets make up most of the original Blood Alliance in LA). Wack 100 now manages rappers like Blueface and The Game. Wack 100 used to work for Death Row and Suge Knight.

If you don't know who Suge Knight is, you don't know a single thing about rap music. Suge Knight is the cofounder of Death Row records which brought west coast rap to a whole new level. Suge played a big role in the careers of Tupac, Dr. Dre and Snoop Dogg. There are tons of theories that Suge Knight played a role in both Tupac's and Biggie's deaths. Suge Knight is very well known for being a bad guy and used to be known as one of the most feared men in hip hop.

Wack 100 thinks Suge got a bad rap despite doing many positive things for black people inn the music industry. Wallo asked Wack about Suge about how Suge got him into the rap game. Suge's infamous Vanilla Ice run in was brought up around the 34-minute-mark of "Bloods and Crips". When Suge first came into the rap game there were rumors that he had Vanilla Ice hanging from his ankles off a hotel balcony, threatening to throw him off. According to Wack, Suge represented the producer of the song "Ice Ice Baby" and his client was owed $4M from Vanilla Ice. Suge apparently filed legal proceedings but was being ducked and told to fuck off by all of Ice's people. "Suge exhausted all means of doing business with them the right way. The wrong way was the only thing that made things right". Wack was defensive of Suge and claimed that he was just trying to get his clients paid "by any means necessary".

Wack and U said during the interview that Suge changed the pay scale of the industry and created a lane for independent labels to get signed by larger labels and ultimately changed hip hop game forever.

Suge is in prison currently on a 28-year bid for fatal hit-and-run. Suge may be remembered for breaking up NWA , employing gang members in Death Row and ultimately being a bad guy, but should he be remembered for more than that? Wack and U seem to think so. Make sure you check out Episode 82 of Million Dollaz Worth Of Game "Bloods and Crips".