I know now is not a great time to lodge a public complaint against service workers considering the vast majority of them lost their jobs during COVID.  To say it has been a tough few months for the service and hospitality industry would be an understatement, with  ton of restaurants had to shut down temporarily or permanently and that is awful. I worked as a waiter for years (this is my service industry equivalent of "I have a black friend") and I feel for those negatively impacted by the whirlwind of the last year.

Now that we got all of that out of the way, time to complain about them.

If you are a waiter, absolutely NO ONE is impressed by you trying to memorize the table's order and. I put an increased emphasis on trying because more often than not, when a server tries to do this, something gets messed up. What exactly happened to make me think of this? Was it a negative dining experience? A messed up order that ruined my meal? No. It was a scene from an absolutely classic comedy. 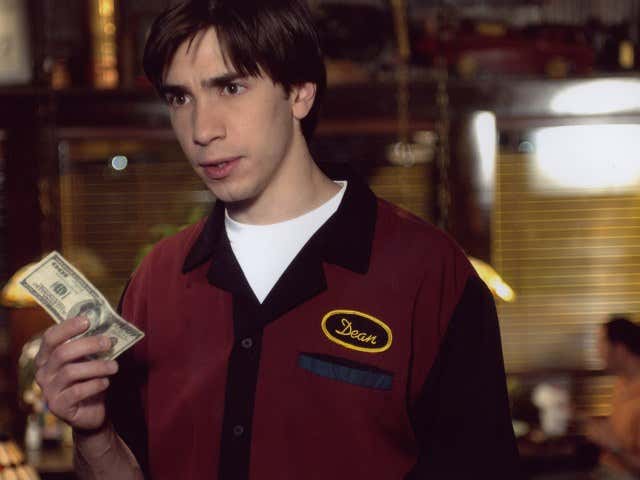 First off, what a movie. An absolute classic. Anyone who has spent any time working in a restaurant knows that Waiting is the most realistic representation of what that is like to work at a shitty restaurant. Not necessarily hanging dong in front of one another or blasting snot onto steaks, but the dynamic between hostesses and waiters, everyone sleeping with one another, the manager/staff resentment and the level of camaraderie between everyone who hates the hell out of their lives. I could write a novel about how good a job it does of capturing the essence of the waiter/waitress life. I won't because no one would read it, but I could.

There is one scene in particular during this otherwise perfect movie, however, that drives me up a wall. Justin Long's character Dean memorizes a large table's orders and leaves them all absolutely FLUMMOXED by the fact that he was capable of doing so. They absolutely shit themselves over it. They can't believe it. He just remembered? Incredible. They're so impressed that the one guy offers him a job at his fancy steakhouse! While I really am proud of Dean for his memorization skills, I am convinced this single scene emboldened waiters all over planet earth to try to do the same. It created a completely false reality in which people are actually impressed by that.

Do you know what actually happens when some hotshot waiter comes over and doesn't pop a little pen and pad out of their apron? I'm sure you do if you have ever been out to eat before. Every single person at the table immediately loses confidence in their order. Maybe they even start to modify what they wanted to get because of it. Well…I wanted a specific sandwich with some modifications but now maybe I don't. That side salad? Probably not even worth mentioning. Any sort of complicated order? I don't want the increased focus on me to fuck up someone else's so I'll just go simple.

I'm not saying every server who has done this has messed it up. Of course it works sometimes. A couple drink orders, a small table, etc. it is a reasonable move. BUT, the idea that this is some sort of serving milestone is nonsense and it should be avoided to make everyone happier.

I like to try and view things through a risk/reward perspective. Let's do that here.

The risk: Fucking up everyone's orders, ruining their meal, upsetting them and potentially costing yourself a sizable tip.