“If the only tool you have is a hammer, you tend to see every problem as a nail.” -Abraham Maslow

Round two began with Amadi Akingbade coming across the ring in a hurry, hoping to catch Trace McFadden by surprise. Trace reacted calmly, moving to his right, away from Amadi’s dangerous right hand. Amadi’s first punch was a lead right thrown with bad intention, and it missed horribly, resulting in a slight stumble and a wry Akingbade smile. Trace’s concentration was keen, rivaled only by Steve’s, whose dark eyes narrowed, beaming like lasers while he took in the action. He watched with a  focus that could only be described as steely, studying each fighter's movements without saying a word.

With barely a minute gone in round two, it was becoming obvious that Amadi Akingbade didn't have the boxing skills of his opponent Trace McFadden. Certainly, their styles were a contrast, but Trace was more polished in his southpaw counter-punching technique than Amadi was in his orthodox one-two punch approach.

Each time Amadi threw a lead left jab, Trace cut it off with his own counter right jab, throwing off Akingbade’s timing and any opportunity he had to throw his big right hand behind it. When Amadi tried to close the gap between the two fighters and get inside where a right uppercut might do some damage, Trace stepped back and to his right, firing stinging left hands to Amadi’s exposed ribcage, occasionally doubling up on the punch. 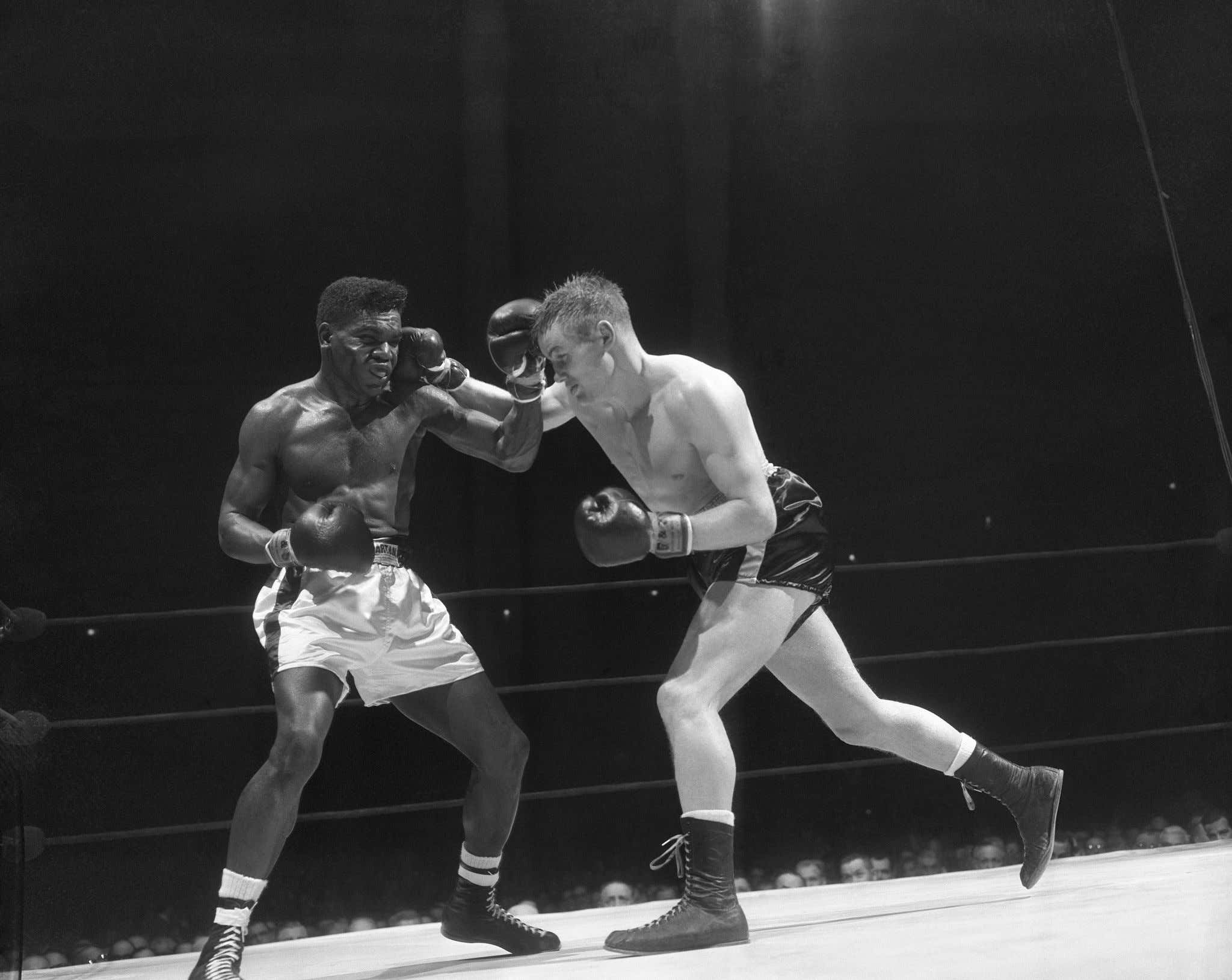 Trace was not falling for Amadi's faints, instead, his eyes were carefully following Amadi’s foot movement and he seemed to have the shorter fighter figured out by mid-round. McFadden’s straight left began finding its range and his lead right hook over the top of Akingbade's lowered guard was beginning to do some damage. By the end of the round, Amadi’s jab had become ineffective and the straight right hands which followed in round one were nowhere to be found. Trace's vicious attack on Amadi's body forced him to lower his hands resulting in Amadi eating a lot of lead right hooks, causing a slight welt to appear over his left eye. Akingbade had become too predictable and Trace had him figured out. Trace was starting to time his punches and was beginning to land them consistently and with ease.

At the end of the round Steve broke his silence and made a prediction “Trace is going to knock Amadi out in round three-” He explained “Counter punching is an art. Skilled counter punchers make their opponents miss and then make ‘em pay. Ultimately, they do the hitting and don’t get hit. The idea behind it is to land effective blows that make their aggressive opponents afraid to throw a punch. When the aggressors get too tentative, they turn into punching bags and the counter punchers have their way. There is no fighter more dangerous than an effective counter puncher and Trace has Amadi right where he wants him, hands down and tentative.”