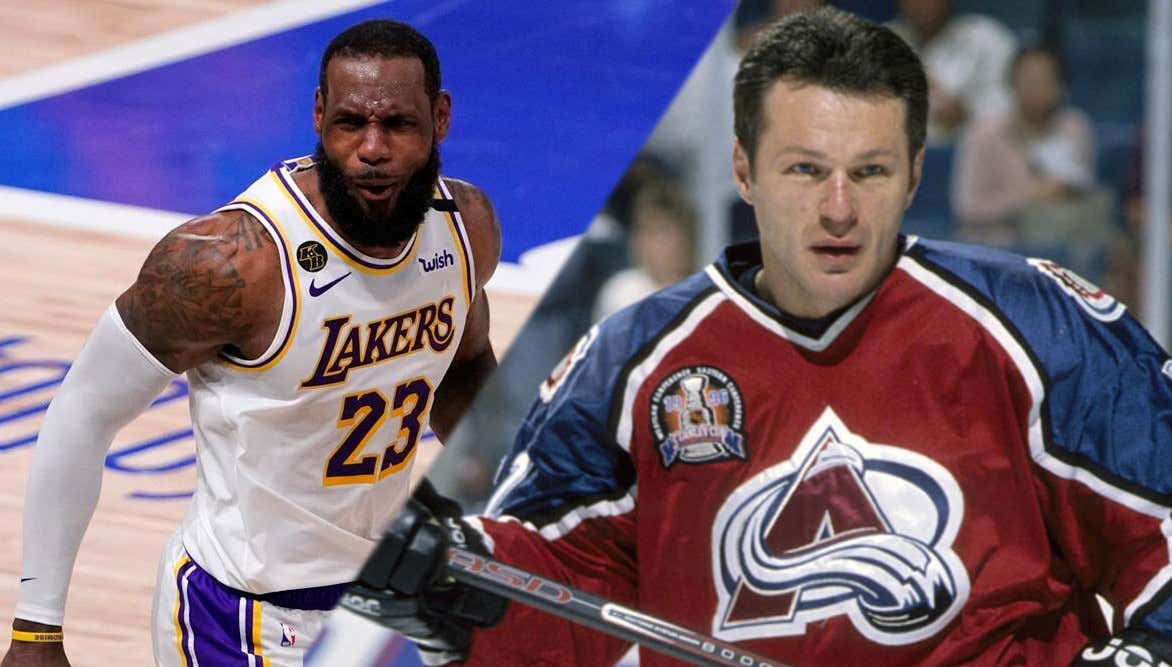 After last night's win for LeBron James and the Los Angeles Lakers, it's finally time to put an end to the LeBron vs Jordan debate. I think we can all agree at this point that debate is the worst. It is exhaustive, it is pedantic, it's downright nauseating. Unless you're name is John Edward "Skip" Bayless, you never want to have that conversation again another day in your life.

But we live in an argumentative society. So it's not like we can ever just appreciate LeBron James for his career alone. There always needs to be someone he is compared to so that folks can yell at each other about it.

Which is why the real debate that needs to be had here is LeBron James vs Claude Lemieux.

Now to be fair, you have to give LeBron the advantage in the fact that he has 4 rings and 4 Finals MVP's. But Claude Lemieux has a Conn Smythe as well so it's not a complete sweep here.

I think the biggest deciding fact for me in this debate is that Claude Lemieux could simply beat the shit out of LeBron if it came down to a fight. Certainly 20 years ago, and probably today as well.

Certainly not the GOAT. Not even the greatest player in the history of the game with his own last name. But he won 4 championships with 3 different teams, and you can never take that away from him. LeBron James is officially the Claude Lemieux of basketball. Congratulations. Give that man his damn respect.