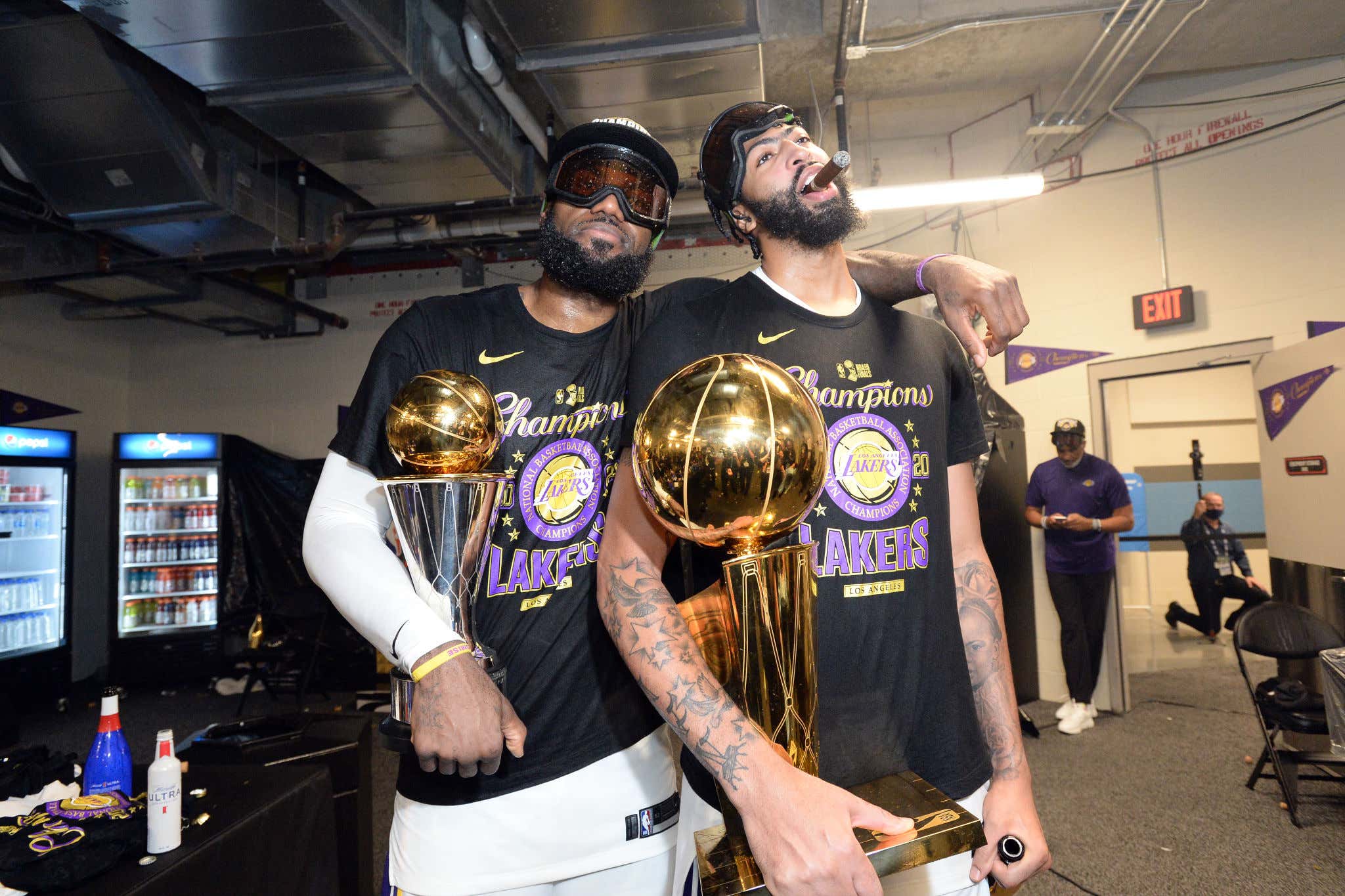 Good morning everybody happy Monday and welcome back to another edition of Last Night In The NBA where we bring you up to speed on everything that went down from the night before in the Association. It feels a little crazy that this is the last one of these we'll do until the season starts back up again. Usually at this time of the year we are gearing these bad boys up preparing for the start of another regular season. The 2019-20 NBA season went something crazy like 380 days, and after all that it ended with a Los Angeles Lakers championship. Credit to them for getting it done. Now if for whatever reason you missed the action, maybe you were watching football or something, keep reading because here's what happened.

Do not let the final score fool you, this was an absolute bloodbath. The Lakers largest lead in this game was 36 points, there were only 3 ties all game, and the Heat never led at any point of the game. Not even by a single point. After playing with their food a little bit in Game 5, there was none of that shit yesterday. The Lakers came out locked in, played some of the best defense of their entire season, and things snowballed rather quickly, There is nothing like getting to watch your favorite team with a championship without a care in the world while they run their opponent out of the gym. You can do nothing but celebrate and talk shit on Twitter. It's great.

We may as well start with the dynamic duo that was a problem for the league the entire season and most definitely a problem in these Finals. LeBron and AD will go down as one of the more dominant Lakers duos ever, and that's not hyperbole. Sure they only have one ring so far, but what do your eyeballs tell you. There was no stopping them in this series of in Game 6

When LeBron is aggressive like he was in this game, it's like watching a varsity player go up against JV bums. You knew the Heat were in trouble early when it became very clear that LeBron was going to be able to get to the rim with little to no resistance. I mean how many layups did he have to start this game? A billion. Guess what, he's not going to miss those. It was tough where on one end the Lakers were getting stops and on the other it was basically a layup line. Not exactly the lock down defense we'd seen from MIA earlier in this series, but at the same time it was more LeBron putting his foot down and ending this shit. You have to respect that at least. The way he came out in Games 5 and 6 was pure domination.

Then there's AD. He blocked everything on the defensive end, and just like LeBron he got off to a great start that helped set the tone early. A huge first quarter for him with 8 points on 4-6 shooting, there's really nothing you can do when both of these guys are that locked in to start a game. You just have to pray that the supporting cast doesn't put them over the top.

As unstoppable as LeBron/AD were, it was Rondo's initial minutes that broke this game open. He started 6-6 in this game, was another player who seemed to get easy layups at will, and what more can you say, Playoff Rondo delivered. When he gets to a close out game with an NBA title on the line, the man knows what to do. He finished with 19/4/4 points on 8-11 shooting. Then you sprinkle in some KCP dagger threes

and the rest is history. It's nearly impossible to have a better close out performance on both ends, and while it's disappointing there will be no Game 7, I can respect a team coming out and playing near perfect basketball. Even if part of this result was MIA running out of gas. that does not take away from what the Lakers were able to accomplish. They were flying around on defense, they were aggressive on the offensive end, this is what it looks like when you do not play with your food.

For MIA, look, what a hell of a run they had in the bubble. The fact that this series even went 6 games is worth your respect. Shit, a play or two goes the other way, they maybe even push this to a Game 7. Dealing with the injuries they did, the work that Jimmy Butler did with the pressure of the franchise in his shoulders, it was all really impressive. Sadly they picked the worst time to have one of their worst performances of the postseason.

Unfortunately, Jimmy Butler came back down to earth. Who can blame him really, but he finished with just 12 points. Tyler Herro, as great as he's been all postseason, finally looked like the 20 year old he is. Never great when you finished with more TOs (4) than FGM (3-10). The bench production was no where close to where it needed to be, with Iggy/Nunn/Dragic combining to go 5-18. Jae Crowder couldn't hit shit. Bam put up big numbers but was abused by LeBron/AD on the other end

You could tell this had all the makings of a blowout from the jump. The Heat were missing wide open layup after wide open layup, they couldn't stop smoking bunnies. Then they started to miss FTs. Then came the 6 TOs in the first quarter. I don't think it takes a rocket scientist to tell you that is not exactly the formula for beating the best team in the NBA.

If you look at how they did in the 1-3rd quarters before the Lakers stopped trying, the Heat shot just 36/28% with 12 TOs. Herro/Robinson were 4-15. On top of that, the Heat were 10-19 from the FT line. It was a bummer way to go out after what we saw them do all postseason, but that doesn't take away from the great year they had.

Now the question becomes, how many more can the Lakers win? I don't see why they wouldn't be the favorites again next season, unless you truly think Anthony Davis is leaving LA in free agency. I can't see that happening. It's clear LeBron still has a whole lot more left in the tank, and that's a pretty terrifying concept.

So congratulations to the Lakers for reaching the top of the mountain. They were dominant when they needed to be and now they're the champs. I'm someone who believes this was one of the most challenging Finals we've ever had, so I am man enough to tip my cap. Even if it makes me want to fucking vomit.