Alright, I've said it before, I'm going to say it again - we will be crowning a jackpot winner TODAY! $4,500 is on the line in this afternoon's Stool Streams contest, and it could be yours with absolutely zero risk involved.

All you have to do is download the Play Barstool app, spend 30-60 seconds to make your picks, and BOOM. You're officially in the running for our Progressive Jackpot. Eliminated early? Don't worry. As always, we will be rewarding one lucky Stoolie who goes 0-for-6 with a $50 gift card to the Barstool Sports Store. Let's check in with today's matchups to help you get familiar with our contestants:

Storylines: Nate and Billy return for the fourth straight week as a duo, while KFC and Kayce make their debut as a pair. Nate and Billy are coming off a controversial win, as Billy was the first player to ever commit a double violation on the same turn.

"The only times I've seen Kayce play have been with violations and dissension, I'm gonna need that bitch to quiet down and fall in line." - KFC

Analysis: There is going to come a time when Billy's Psycho S-h-i-t backfires immensely. Is today the day? On the flip side, both of Kayce's losses have included violations. Can she avoid her third two-hand touch? 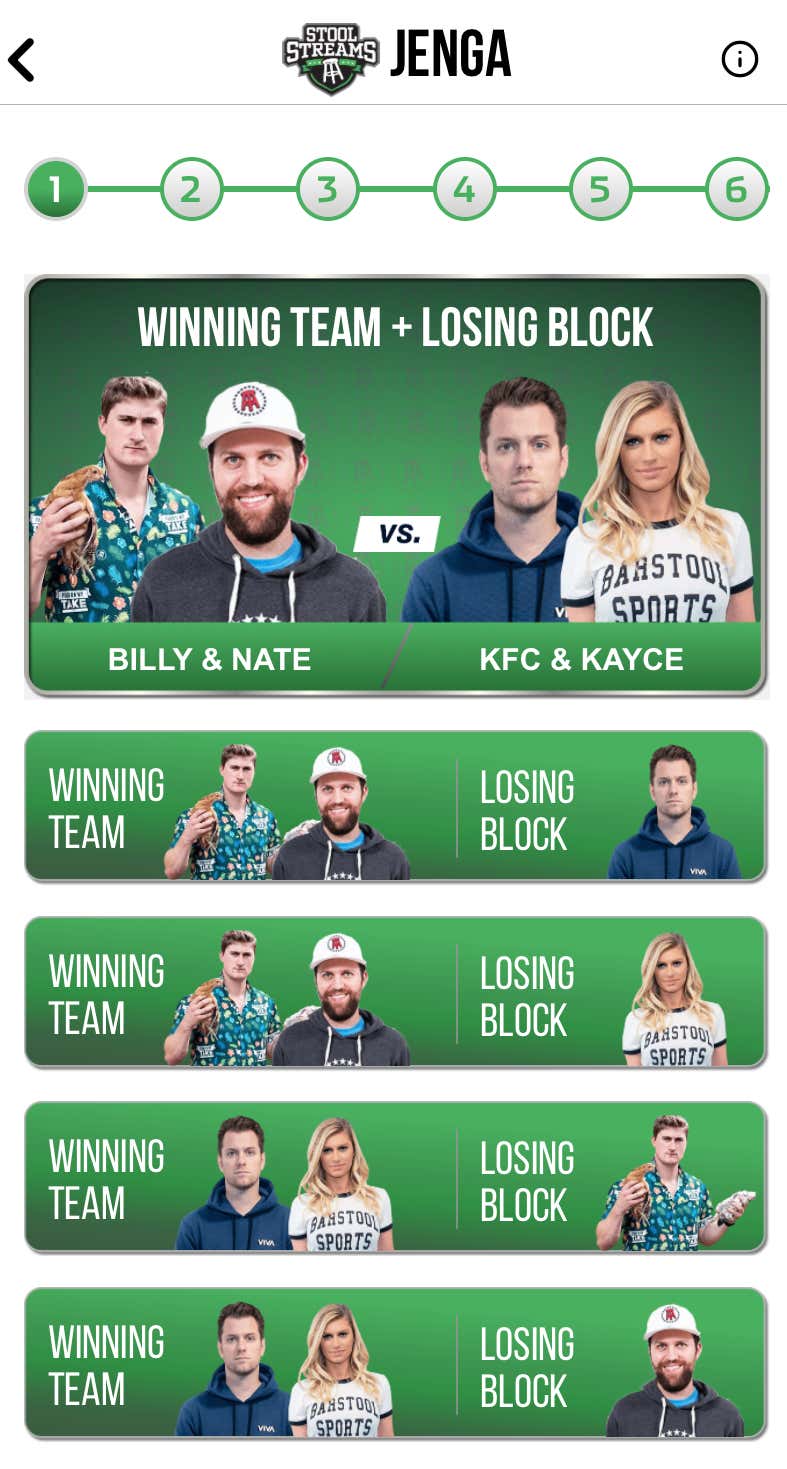 Storylines: Ria returns to the Triple S for the first time since her legendary 50 burger match nearly a month ago. She and Robbie's chemistry is expected to be top-notch. Kate and Cons have great chemistry as well, but is this a 3 v 2 match with Kate's recently announced pregnancy?

Quotes to Remember: "Kate has her mind on a lot more than Jenga. The baby is on her mind, if she was focused and really cared, she wouldn't have gotten pregnant before the season." - Robbie

"People don’t realize that pregnancy gives you a balance hormone that you can use to your advantage." - Kate

Analysis: This one is the battle of friendship. Both pairs are very close to each other, so I'm not actually expecting much trash talk here. When each team faces a tough turn, there should be no issues on team chemistry outside the square of doom. 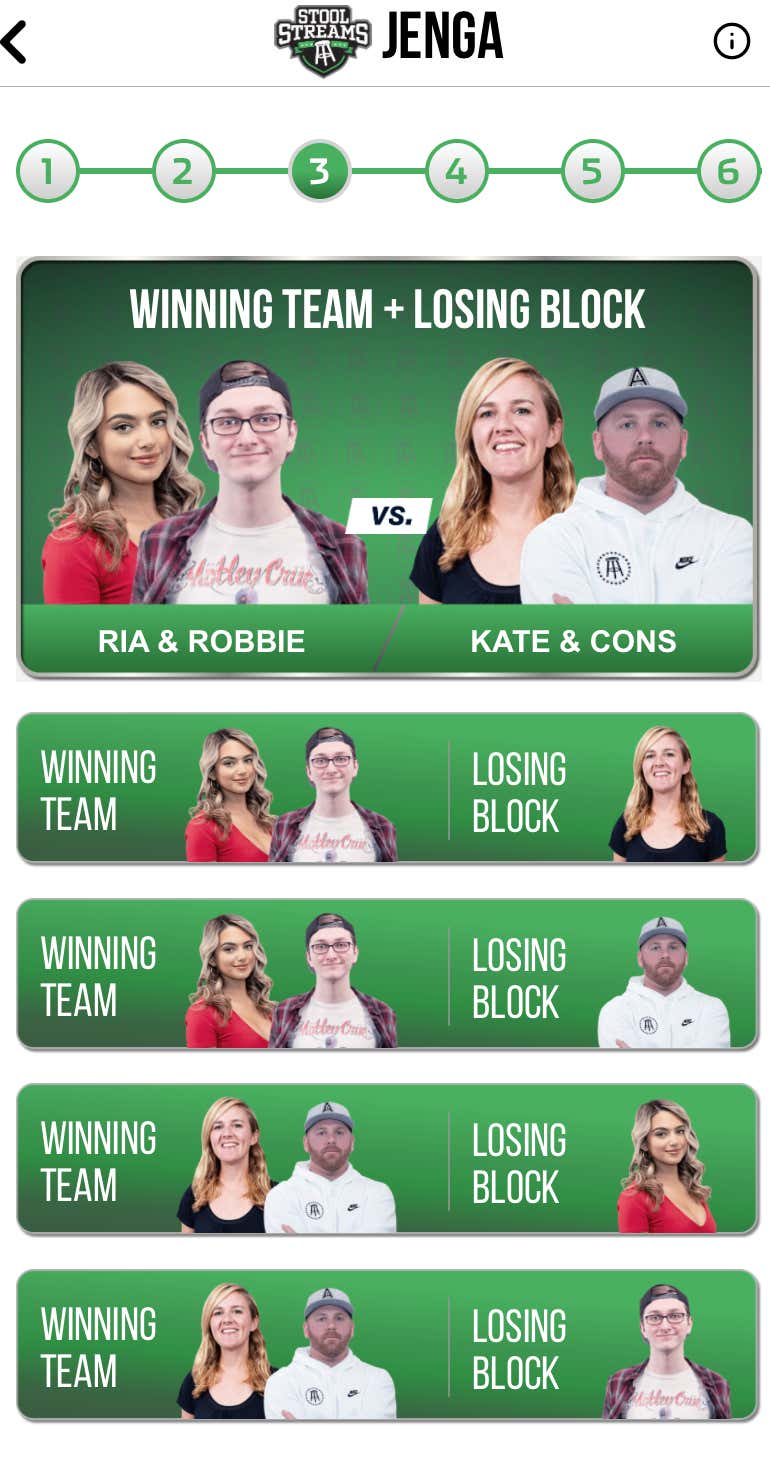 Storylines: Will there be some more trash talk between Trysta and Dana Beers? Their match two weeks ago got pretty intense outside the square of doom. Feitelberg will attempt to carry Dana as he has six matches played compared to Dana's one.

Quotes to Remember: "Liz is a great coach, she's an all-time Jenga player, never gets mad despite my mistakes." - Trysta

"I'm going to coach him, I need to get Dana drunk again, and we'll be gold." - Feits

Analysis: It's not a matter of if Dana and Trysta talk trash to each other. It's a matter of how much trash they will talk to each other. We also need to bring back the High Noon Hard Seltzer count. In Dana's two matches inside the Triple S, he has guzzled down 15 Nooners. 100 calories, gluten free, and no added sugar! 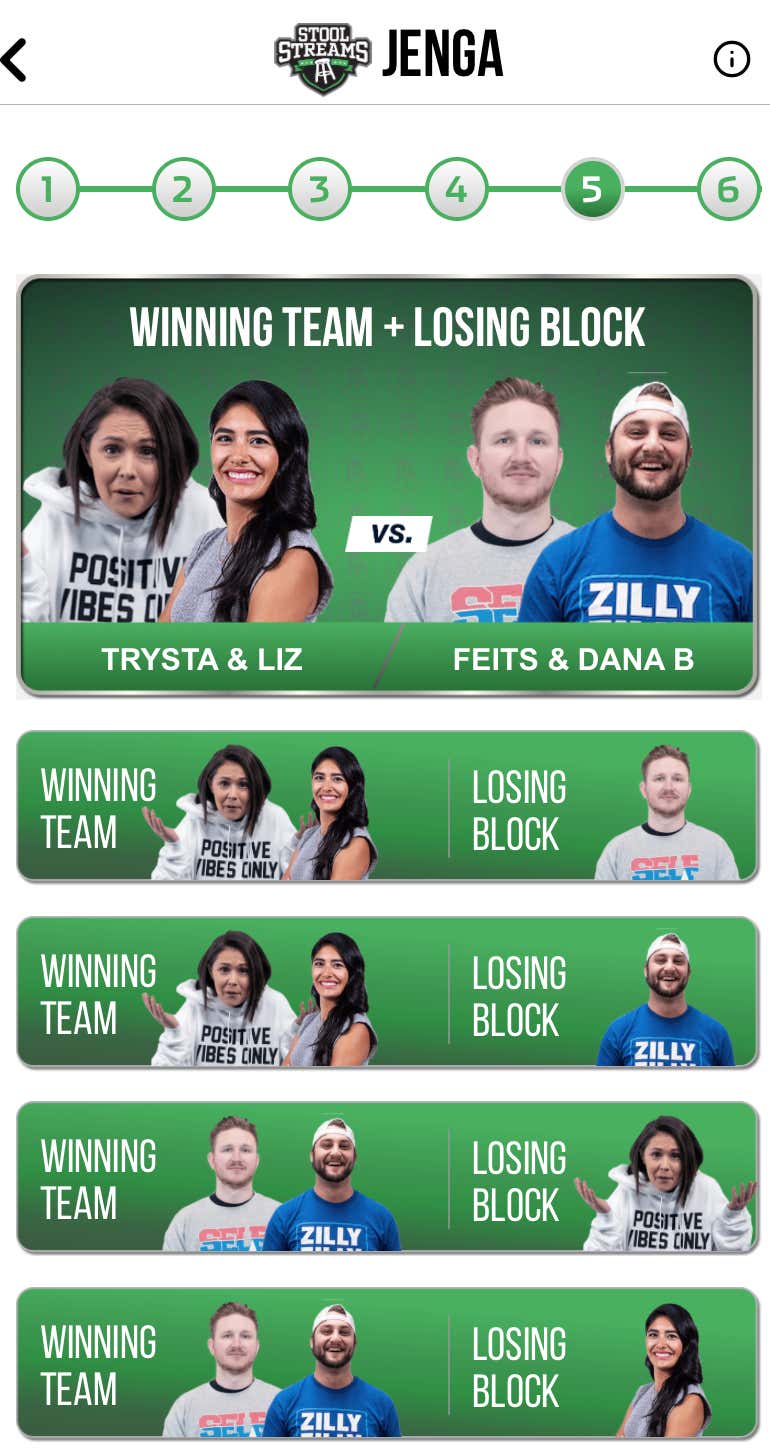 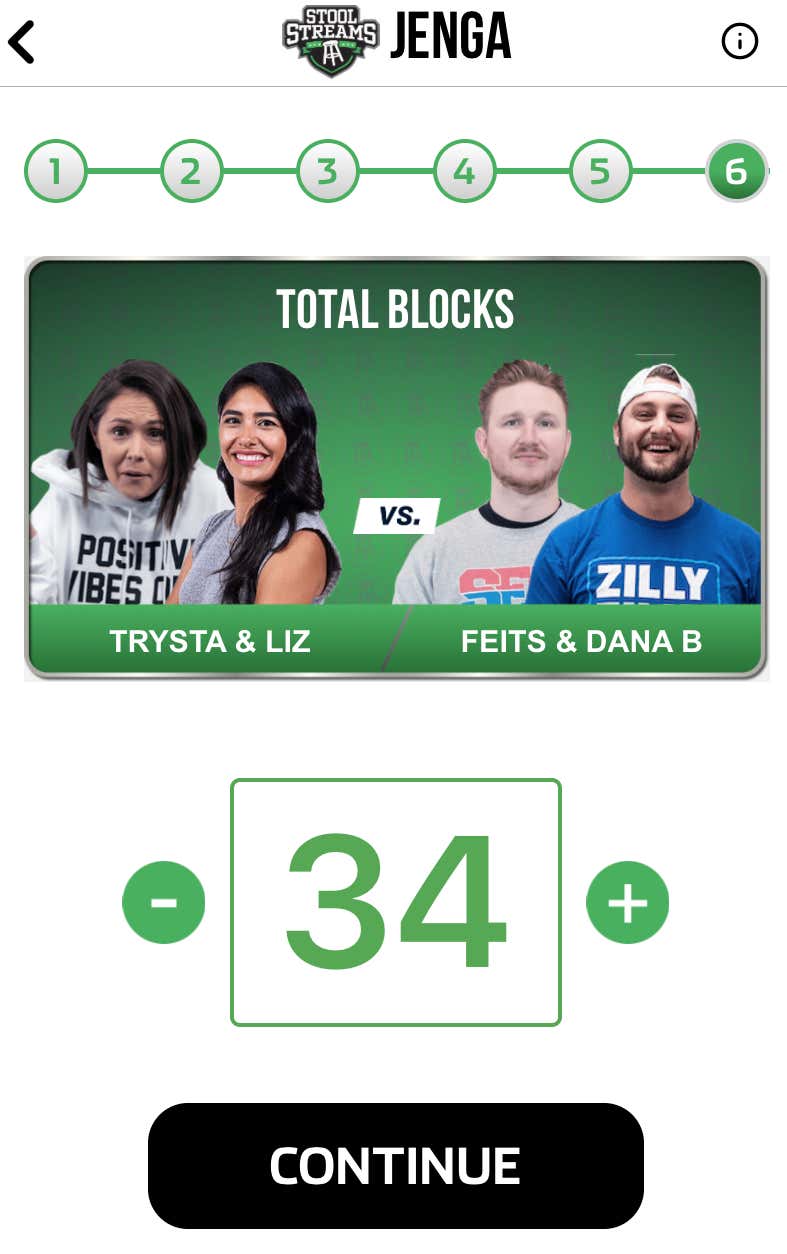 Also, here are the corresponding block numbers for each match, which is especially important for Question 6:

We are live inside the Triple S at 1 PM, with Jeff D. Lowe and in the booth and Mr. Commenter down on the sidelines. Hope you can join us.