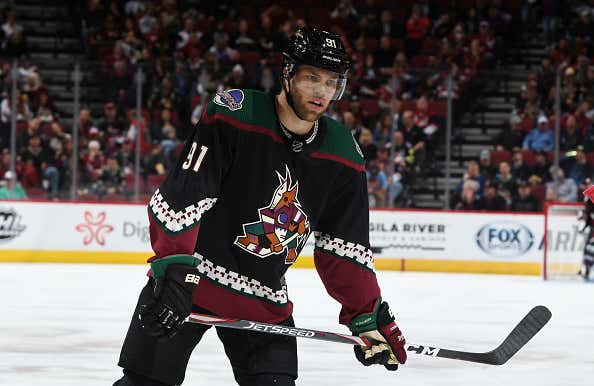 Some monster fucking news for a Sunday night. Taylor Hall is reportedly headed to the Buffalo Sabres on a one-year deal worth $8 million ($1m signing bonus, $7m salary). I think it's safe to say absolutely nobody saw this coming. Like not a single person on earth. Sabres GM Kevyn Adams was probably even shocked to hear it was happening. Why is this so shocking? From everything we heard out of Hall's camp was that he wanted to go to a winner. He will take less term to just go to an organization that will win. I don't really think the Buffalo Sabres are a franchise that is known for winning.

Now, just because they haven't won in the past doesn't mean they wont win in the future. Let's not forget the team went out and got Eric Staal this offseason. The same Eric Staal who put up 40 bingos two years ago. Obviously he's old and to expect that type of production would be foolish, but the point being is that the guy can still play.

How can you not love that top-6? Olofsson is going to be 25+ goal scorer in this league. With a shot like that and playing along side Jack Eichel and Taylor Hall there is zero reason that kid can't be a stud in this league. Eric Staal is a sutiable no. 2 center as well. The team also drafted RW Jack Quinn 8th overall in last week's NHL Draft who had 89 points in 62 game sin the OHL last season.

The Sabres still have tons of holes to fill. From depth forwards to the defense and goaltending as a whole. But a great move for a city that deserves a good hockey team. No rules on Chippewa street tonight. Dollar beers and two dollar pink whitney shots to celebrate the fact the Sabres actually have a decent top-6 heading into next season.

Hall is also going to be able to take the Sabres to the CLEANERS next season. Jeff fucking Skinner got them for $72 million. Imagine what former MVP Taylor Hall will be able to get from them?