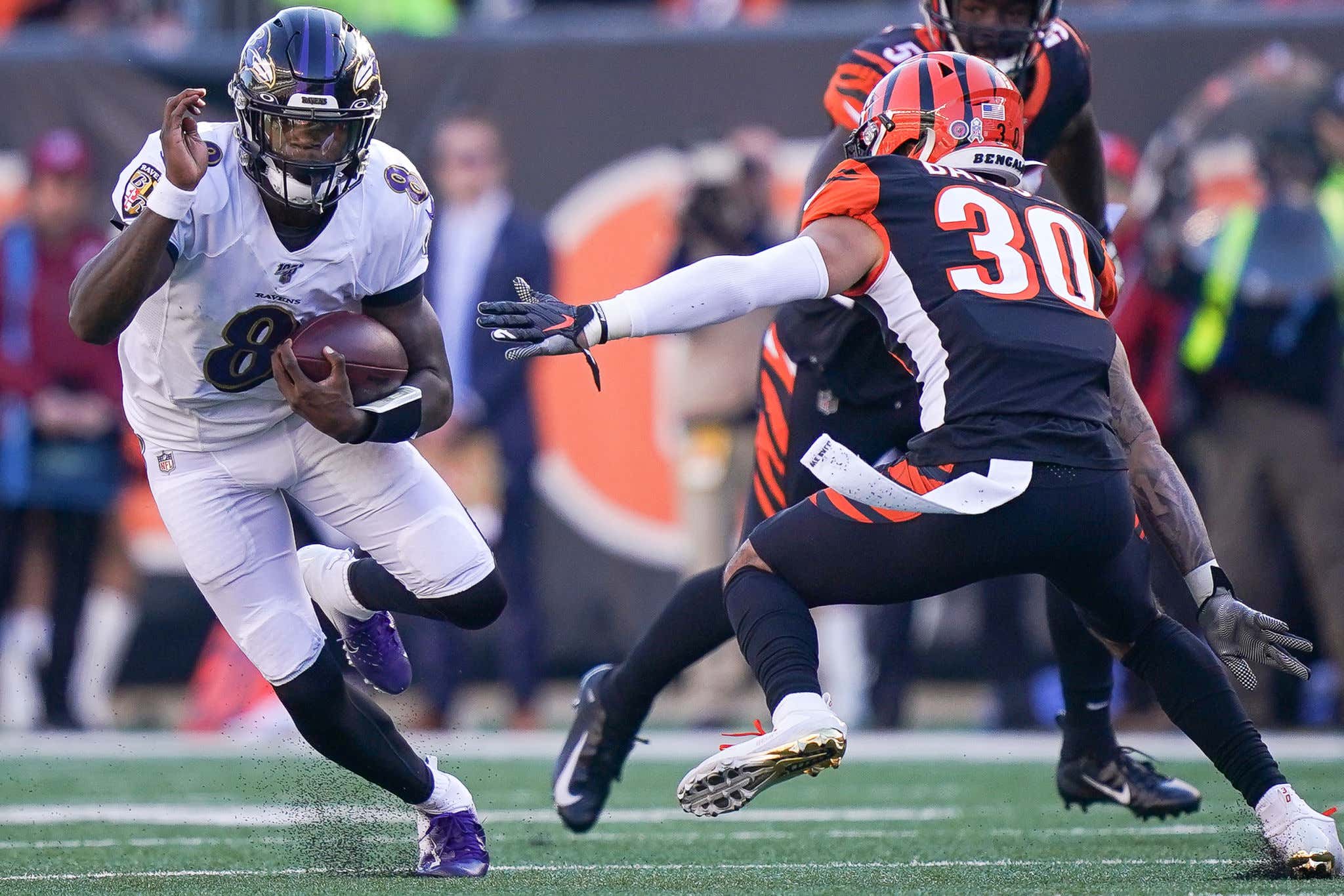 Gameday. The 3-1 Ravens welcome the 1-2-1 Cincinnati Bengals in Joe Burrow's first trip to Baltimore. He's the new kid on the block. Reigning Heisman winner who just put together one of the greatest seasons ever seen in college football. His job is to come in and change a losing culture in Cincinnati, not unlike the job we've seen so many guys come in and fail at in Cleveland. The Ravens have made a habit of squashing the dreams' of those guys time and time again and Joe Burrow is next on the list.

On the other side we've got the reigning MVP and former Heisman winner in his own right. And more remarkably, a 3rd year QB who is actually YOUNGER than the rookie Burrow himself. Lamar Jackson created his greatest career highlight to date against these Bengals.

The Bengals are a team that has failed miserably to stop the run over the past few years, and this year is hardly different. After ranking 32nd against the run last year, the Bengals are currently 27th against the run giving up 158.5 rushing yards per game. The Ravens rush attack has been a mixed bag so far to date, but I think this is the game where they break out. Lamar and the backs control the ball, they control the clock, and they control the scoreboard in a big way today and the Ravens win this one easily.